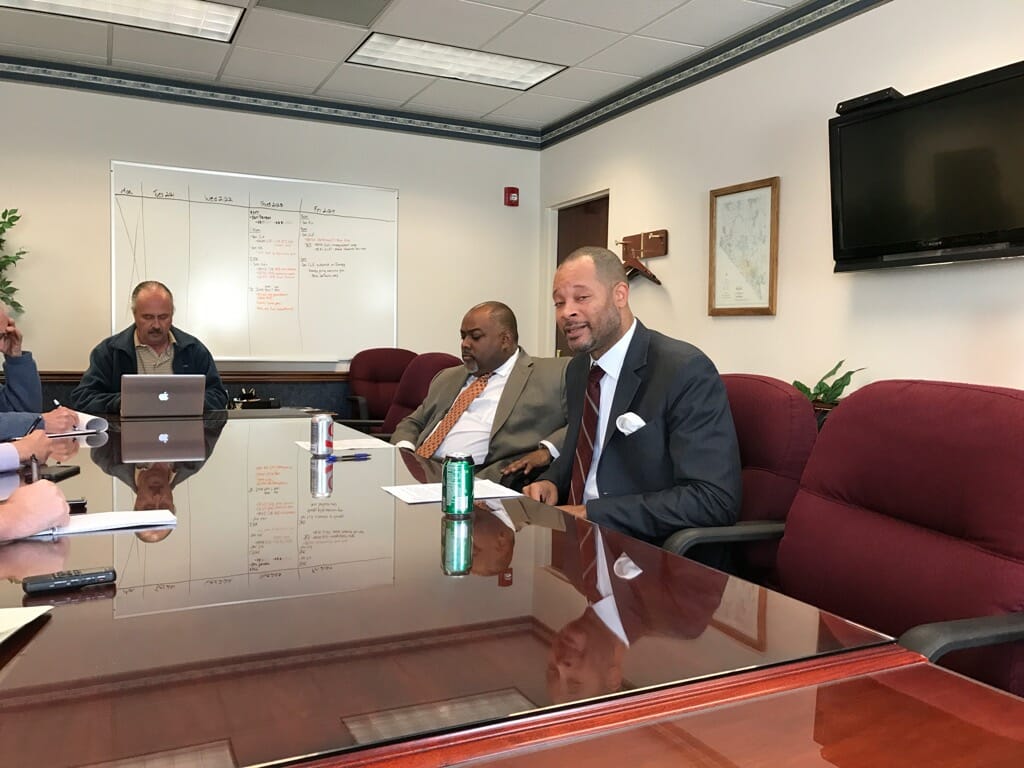 This was a week about symbolism.

More to the point: whether symbolism is meaningful or meaningless in a legislative process.

Even more to the point: whether anything that happens in the fourth week of the Legislature really means anything by the 16th week. Or the fifth week, for that matter.

----The Wednesday debate on the Senate floor over the ratification of the Equal Rights Amendment. It’s easy to suggest this was all posturing for 2018, with Democrats hoping for all Republicans to vote against the ERA so they can use it to create a wedge next year. And there’s no question some of the strategists looking on thought so. (Only one Republican, Heidi Gansert, voted for the measure.)

But it’s also so simple, especially for male politicians or pundits, to sneer at women for using the amendment, which is unlikely to restart a decades-old and expired ratification clock, to talk about their experiences and those of friends in an inherently sexist world. And, in my years of covering politics, I have found no world is as sexist as the political arena.

Yes, Nevada has the highest percentage of female legislators (40 percent). But to argue that sexism does not still pervade workplaces, including the one at 401 S. Carson Street, is to live in a fantasy world. So, empty though it may turn out to be in substance, the ERA vote was profoundly meaningful to some of the women in that room, from the first Latina senator, Yvanna Cancela, who spoke briefly but poignantly, to Nicole Cannizzaro, who spoke longer and passionately.

Even Becky Harris, a Republican who voted against the measure, nearly broke down talking about her father’s love and support This was a rare, genuinely emotional moment in a place where choreography and prepared remarks often leach all authenticity from the process.

Some of the Republicans who used legalisms to escape a “yes” vote may have principled stands, too. But as Democrat Tick Segerblom, in his inimitable and unedited way put it, the act may be symbolic but the symbol means something.

The two leaders were eager to show progress and not just motion, emphasizing their “Blueprint bills.” Indeed, they plan to have themed weeks well into the session -- for women, for jobs, for families and so on. They have bills they will hear or pass in those weeks, hoping to garner media coverage. The message: This is who we are; these are our values.

Fine. But what any leader should really value is not just talking about issues or sending them across the courtyard, but actually getting them enacted. Legislatures are still about 22-11-1.

The Democrats can get the first two numbers, but the guy with the bigger office across the way is the key. Frierson and Sandoval go way back, and Ford has a good relationship with the governor. But Sandoval will crumple up their symbolic blueprint if they don’t 1. Give him some of what he wants and 2. Don't put him in a position where he has to protect legislative Republicans on party-line votes.

That is, Frierson will need help from Minority Leader Paul Anderson, a low-key strategic-thinker and dealmaker, and Ford and Minority Leader Michael Roberson, who is having the time of his life throwing rhetorical bombs, eventually will have to have a serious conversation. Or a conversation at all.

Finally, the third symbolic moment stuck me as I watched the two legislative leaders talking to reporters. Two African-American legislative leaders in a state once known as the Mississippi of the West. Two relatively young Southern Nevada leaders holding the positions once held by a couple of legendary old, northern white men, Bill Raggio and Joe Dini. Yes, Nevada has come a long way -- a couple of black leaders and a very diverse legislative population.

The question is whether all of that, too, will be merely symbolic or very meaningful. That is, will they really get anything done?

We won’t know the answer until June.