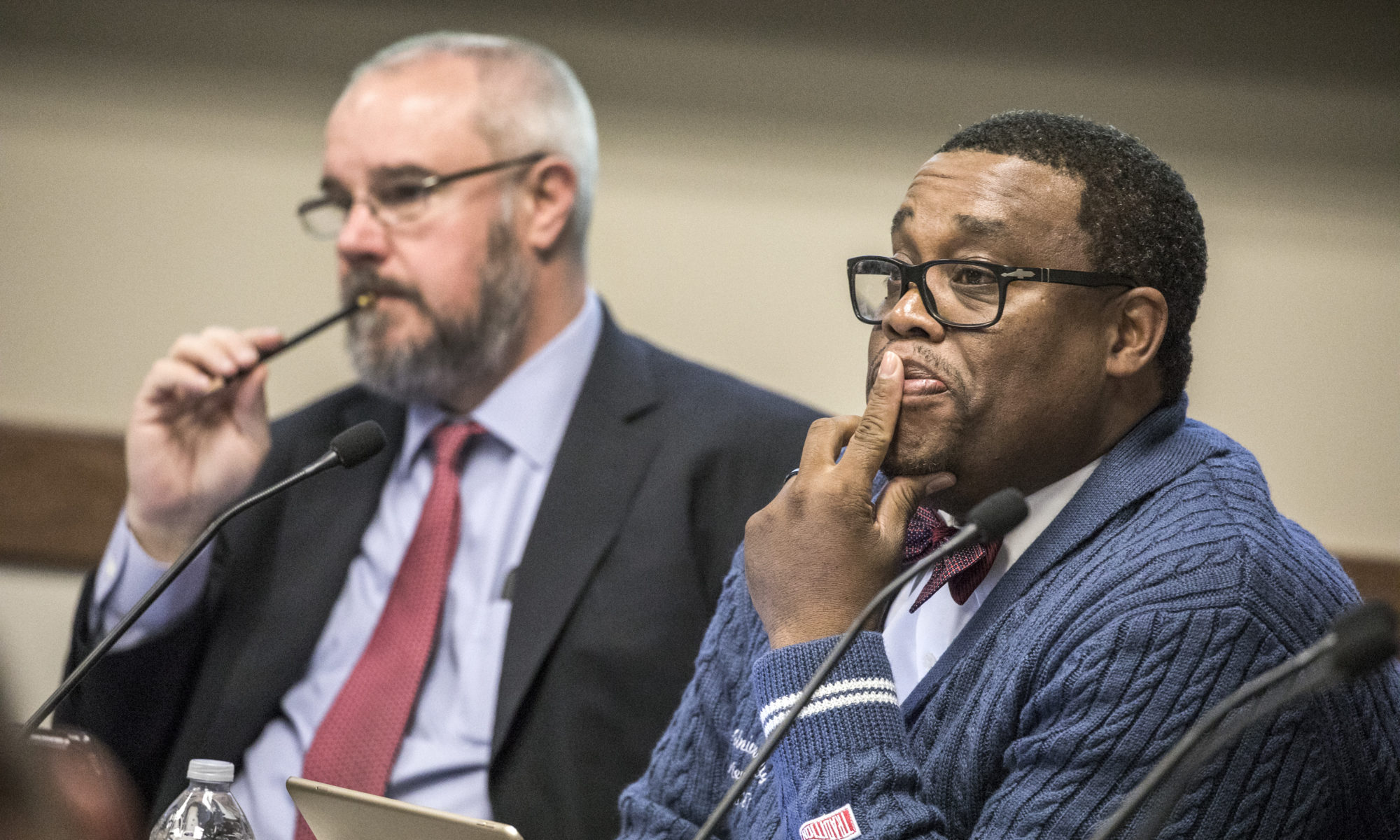 Clark County Regents Kevin Page and Trevor Hayes have said that they will not run next year for re-election to the Nevada System of Higher Education (NSHE) Board of Regents, which has jurisdiction over eight Nevada colleges and universities and more than 107,000 enrolled students.

Regent Sam Lieberman confirmed over the phone on Friday that he will run for re-election. Washoe County Regent Rick Trachok said on Thursday that he was undecided.

Page has been subject of negative headlines in recent months. In June, the Las Vegas Sun reported on emails from 2015 suggesting that Page pressured UNLV administrators to ease an academic requirement for a relative. In May, a Las Vegas Review-Journal story raised questions about the business purpose of several expensive meals that Page and other regents billed to NSHE.

Trachok was first appointed to the Board of Regents by Gov. Brian Sandoval in 2010 and was retained in the 2012 and 2014 elections as the representative for District 10. Prior to that, he was a deputy with the Washoe County District Attorney’s Office.

District 2 Regent Trevor Hayes said via text last week that he would not be running for re-election, but he declined to provide a reason. Most recently, Hayes has worked as a communications director for UnitedHealth Group, Nevada’s third-largest health insurer. Before UnitedHealth Group, Hayes practiced as a private attorney and as a prosecutor with Clark County district attorney’s office.

Sam Lieberman, who affirmed he would defend his District 5 seat, was elected to join the Board of Regents in 2015. He was chair of the Nevada State Democratic Party from 2008 to 2011 and was appointed by Gov. Brian Sandoval to serve on two state advisory boards in 2015.

Regents serve six-year terms, with a maximum of two terms, and enjoy certain powers under the Constitution that some say have allowed them to escape legislative oversight. A constitutional amendment that was proposed by the Legislature to limit those powers, AJR5, will be up for a statewide vote in 2020.

Clarification: Kevin Page is unable to run for re-election because of term limits. Page served four terms as chairman of the Board of Regents.