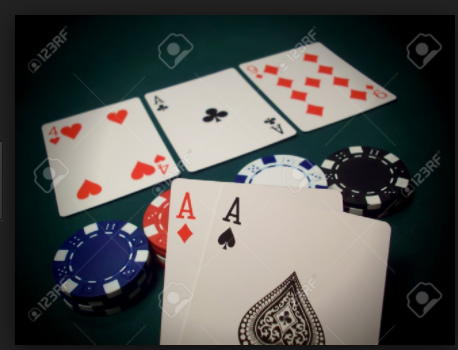 First things first: Sen. Dean Heller is likely to be re-elected, and Attorney General Adam Laxalt is probably going to be the next governor.

Yes, it’s March 2017, so perhaps you should discount what anyone -- candidates, pundits -- says until filing closes in a year. But the GOP pair, with a ticket underpinned by state Senate Minority Leader Michael Roberson for lieutenant governor and Laxalt deputy Wes Duncan for attorney general, is formidable.

The Democrats have a large statewide registration advantage – 90,000 or so. But as of right now they have only Possible Candidates and no Real Candidates.

Sure, Clark County Commissioner Steve Sisolak could win for governor. So, perhaps, could entrepreneur and possible self-funder Steve Cloobeck. And maybe ex-Treasurer Kate Marshall or Caesars executive Jan Jones could defeat Heller if either were to run.

In poker parlance, the Democrats don’t have many outs; in political argot, they need someone to get in.

That’s one of the reasons I found the poll numbers released by Democratic-aligned groups last week so fascinating. (I am long over complaints about polls by partisan groups not being credible. If the internals look good, that’s what’s important.)

Although I believe the numbers are accurate – the pollster is legit – they are almost a cry for help. A song comes to mind – somebody, not just anybody….

As I wrote Friday, the numbers are ominous for Heller, the second consecutive public poll to show him underwater and even under President Trump. And Laxalt, while his conservative bona fides have been marvelously crafted to scare Heller and Lt. Gov. Mark Hutchison out of the governor’s race, is still not a widely known quantity.

Heller is weak, and Laxalt could be vulnerable to the right candidate. That’s what the poll says.

Digging deeper into the numbers – I obtained the crosstabs – there’s more provocative information:

----Although Trump is holding his base very well in Nevada – 86 percent of Republicans say he is doing an “excellent” or “good” job, only 58 percent of his own party say Heller is doing so. Heller’s numbers among non-major party voters are a real warning beacon: Only 25 percent say he is doing an “excellent” or “good” job. Remember, registered voters who decline to be Democrats or Republicans represent about a quarter of the Nevada electorate. These findings confirm my suspicions that Heller’s dancing on Trump support during the campaign hurt him with the base, and Democrats and indies either find him to be a windsock or, ironically, because of his 100 percent support of the president so far, a rubber stamp for him.

----The regional breakdowns also are ominous for the senior senator: The excellent/good numbers in Clark (32 percent), Washoe (33 percent) and the rurals (41 percent) are abysmal. If you are a Republican and 45 percent of cow county voters think you are doing a “poor” or “just fair” job, I think it’s time to look for the panic button. Among Republicans, Dean Heller is no Adam Laxalt.

----Heller’s numbers among Hispanics are devastating: 22 percent view him as doing an excellent/good job and 63 percent say poor/just fair. (Caveat: The subsamples in any poll are small, so there is a much larger margin of error. But these are awful, with no help from any error margin.) No wonder I hear chatter about Rep. Ruben Kihuen leaving the House in his rookie year….

I could go on, but suffice to say the senator is not doing well across any demographic measured in the poll. So what of Laxalt? The survey on the attorney general was only a so-called thermometer test – that is, whether voters feel warmly or cooly toward him.

----It’s interesting that 44 percent have no opinion of or do not know Laxalt, whose star has risen and whose party bonafides for a pol under 40 have not been this impressive since the guy he defeated, Ross Miller. Even 37 percent of Republicans had no opinion.

----The 0-100 thermometer scale reveals Nevadans essentially divided so far on how they feel about the attorney general elected in 2014. Nineteen percent rated him above 50 degrees and 19 percent below. These numbers are mimicked in Clark (15-15), slightly worse in Washoe (22-31) and much better in the rurals (33-18). So Laxalt is not that well known, people in the urban areas (he lost both Clark and Washoe to Miller) are still meh about him and the rurals are solid but not overwhelming (at least not yet).

There are no wild cards in Hold ‘Em, but there are bad beats. And so many cards could come up to ruin the GOP’s starting hand – or bolster it.

If Trump’s numbers improve, it will be very difficult to defeat either Laxalt or Heller, all other things being equal. But if Trump is in the low 40s or worse a year from now, it’s possible a second- or third-tier candidate could win either of those races (maybe just anybody?), which is good for the Democrats because that’s what it looks as if they will have.

I also wonder if the time is finally ripe for someone to run down the middle – that is, an independent candidate to take advantage of the surge in nonpartisan registration and disgust with the major parties. Could an independent win a major race in Nevada?

There are other unknowns, too – voter registration trends, the post-Reid machine, Sheldon Adelson’s financial commitment, Treasurer Dan Schwartz’s possible gubernatorial candidacy. But the poll itself shows the Democrats are not quite dead yet, which is why it was released.

Yes, there are 600 days to go. So take all of this with as many grains of salt as Ben Carson thought there were inside the pyramids.

In Hold ‘Em terms, the flop has been dealt, but the dealer has yet to turn over the cards to determine if the Democrats’ lesser hand has been helped. Maybe the GOP’s hole cards aren’t as strong as they look before the new cards are flipped up, but I’d rather be in their seat than the Democrats’ right now.

“Four Of A Kind - Poker Hand” by Poker Photos is licensed under CC BY 2.0.