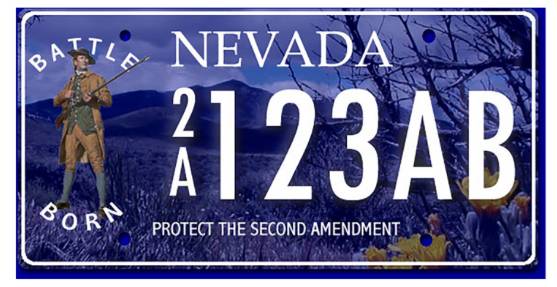 As one of the parties named in the public records request on Question One (Q1), I want to share some of the history behind the measure and why it makes a great case study in how NOT to propose and enact legislation. My hope is to convince even those who support the strictest background check parameters for gun sales that Q1 was not the right method to achieve the means.

After failing to enact so called “universal background checks” at a national level, former New York City Mayor Michael Bloomberg decided the only way to achieve his unstated goal of establishing a national gun registry was to go state by state. A version of Q1 was first proposed in Nevada as a mental health bill in 2013 but during the session it morphed into a “universal background check” measure that was patterned after similar bills promoted and paid for by Bloomberg in Oregon and Washington. Having been opposed by Nevada sheriffs in 2013 as unenforceable – more on that in a moment – and then ultimately vetoed by the governor, and having failed again in 2015, it was decided by Bloomberg’s Nevada consultants that a ballot initiative was the only way to get it done. They spent more than a million dollars to obtain the necessary signatures for Q1 leading up to the 2016 election.

Something was done on gun policy in 2015, though, and it has direct bearing on the legal mess created by Q1. In a nutshell, the Legislature amended NRS 202.254 to provide a free background check through the state database so people could voluntarily transfer firearms with a check. Under Nevada law, it was already a felony for a prohibited possessor to have possession of a firearm, and a crime for a person to knowingly give or sell a firearm to a prohibited possessor. By making the state-level background check for private transfers free, the Legislature lifted the financial burden on the seller and, in theory, increased the number of background checks that would occur in private party sales.

Fast forward to 2016. When Q1 qualified and was placed on the ballot, gun rights activists in Nevada formed the Nevadans for State Gun Rights PAC to oppose what they believed was an ill-conceived and unenforceable initiative. Working with the National Rifle Association-Institute for Legislative Action (NRA-ILA), a lobbying arm of the NRA, they repeatedly warned the public about the unenforceability of the bill as well as its impact on the existing Nevada background check system and citizen gun rights.

So why is Q1 unenforceable? When the Brady Act was passed in 1998, each state had to decide whether they wanted to maintain their own criminal history database and do background checks through that state database (called point of contact or POC) or whether to direct the gun dealers do the checks directly through the National Instant Check System (NICS). Thirteen states including Nevada decided to require their own state-level background checks, and only the state could run checks through NICS. Nevada’s state-level check included checking criminal records as well as mental health records, domestic violence incidents, misdemeanor records, and restraining orders. Nevada, then, put in place a more comprehensive background check system than NICS, because it includes not just convicted criminals but others on Nevada’s prohibited possessor lists. In plain language, the Nevada method was more legally robust and thus more reflective of the will of voters who truly want to keep guns out of the hands of people who shouldn’t own them.

The Bloomberg initiative, aka Q1, required only NICS direct checks and not the use of Nevada’s state background check system. Why? Some have suggested ignorance, while others say it was a strategic calculation. Ignorance is unlikely on the part of such savvy lobbyists. Because they eliminated use of the (better, more effective) state background check system, Bloomberg’s hired minions didn’t have to tell voters that Nevada charges retail gun dealers a fee of $25.00 (which they then pass on to the buyer) for a background check, thereby making it appear that the cost to establish the Q1 system was zero. Avoiding publishing a fiscal impact statement on an issue that was so close probably seemed like smart strategy on an issue that was likely to be so close at the polls. Indeed, Q1 passed by fewer than 10,000 votes.

Perhaps you’ve heard the old saying, “Penny wise and dollar foolish”? Bloomberg’s paid consultants are the new poster children. Before Q1, gun dealers – for a retail sale or interstate transfer – would contact the Nevada Department of Safety Criminal History Division (NVDPS) for a background check. NVDPS would check the state database, then contact NICS for a federal check. The dealer was charged $25.00, and if the buyer passed, the transfer would occur. In private sales, the owner could transfer to any non-prohibited possessor directly, or could ask for a free background check from NVDPS, or could go through a dealer for a full check through both the state database and NICS for the $25.00 fee. In any case, the seller was legally responsible for selling to a non-prohibited party.

Now that Q1 is law, the process for a retail sale is the same, but in a private transfer, both the owner and the buyer must show up at a gun dealer, the owner must surrender the gun to the dealer (who becomes the temporary owner – creating a separate legal problem still to be solved), and the gun dealer must check NICS direct, for which the dealer may charge an unspecified "reasonable fee." There is no state-level check. This means a process that used to be free and that included the state-level check – remember, that’s the better, more detailed check of all prohibited persons – now costs whatever the dealer wants to charge and does not include the state check. Furthermore, because state-level background checks are now not part of the body of gun law in Nevada, sellers cannot be held liable for selling a gun to a prohibited party in the state database.

The advocates for Q1 have a problem they themselves created, and because it was done by ballot petition, it now can’t be fixed for three years. They are predictably blaming everyone but themselves and are now apparently casting around in search of a vast statewide conspiracy. In the meantime, the good citizens of Nevada no longer can run background checks for free if they want to responsibly sell their guns in a private transfer, and the statewide database may as well not exist for all the good it is doing them.

This issue is just one of the many reasons why informed citizen participation in our government is essential. The Nevada Firearms Coalition its PAC will continue to have a full-time legislative presence to ensure that both sides of the conversation are represented as new laws are being considered and discussed.

Don Turner is the President of the Nevada Firearms Coalition.

Featured image is a specialty license plate design that was the winner of a public contest recently sponsored by the Nevada Firearms Coalition.  It was brought to the Coalition by state Sen. Don Gustavson. The design was created by his son.