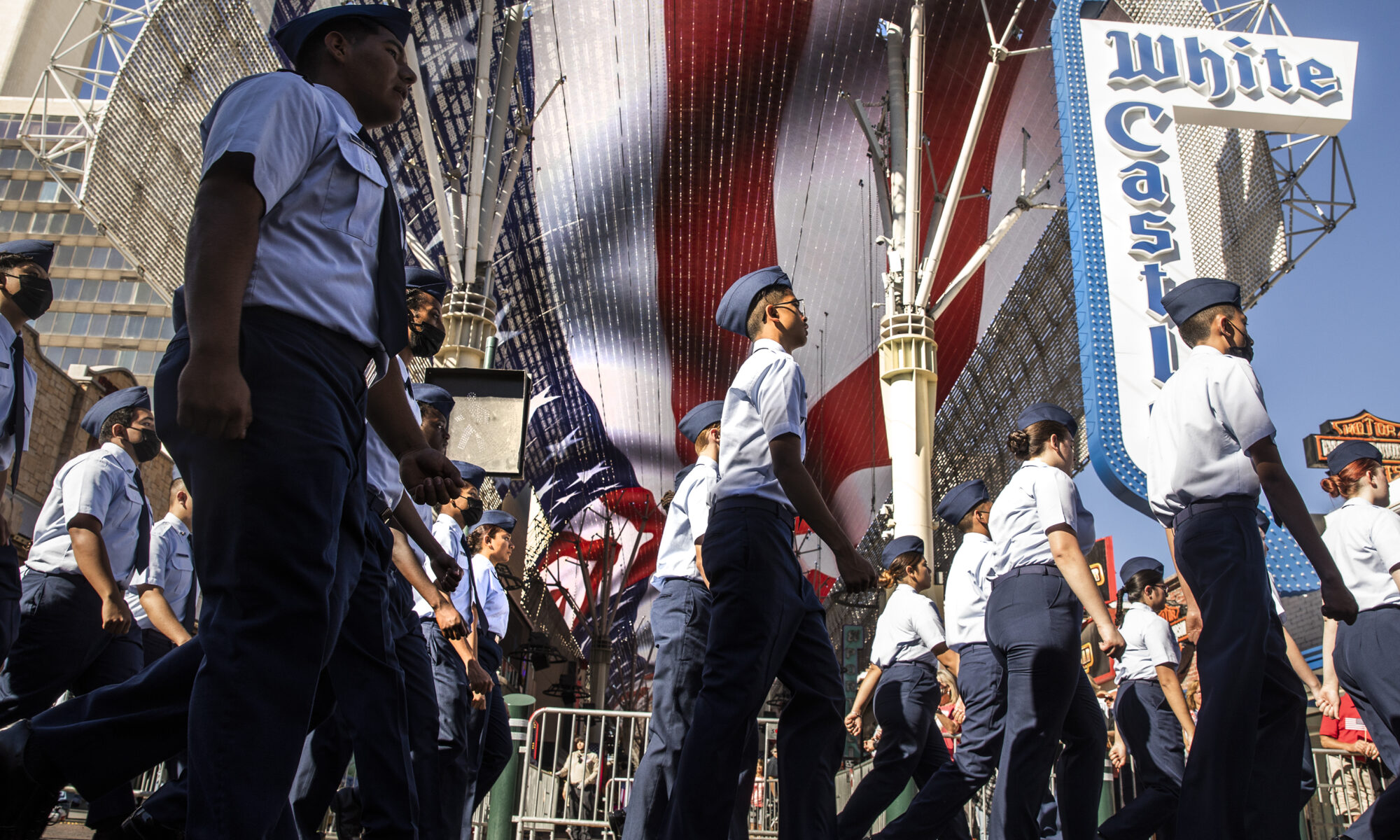 At both ends of the state, the annual pageantry under sunny November skies was making a comeback after COVID-related cancellations last year. An estimated 211,000 Nevadans have served in the military, or about 9 percent of the adult population.

In Las Vegas, teen cadets walked in formation past a massive, animated American flag waving across the neon canopy of the Fremont Street Experience. Boy Scouts chanted their thank yous to older veterans, and men in uniform raised their hands to salute fellow service members passing by.

In Virginia City, attendees at the late-morning parade sipped Bloody Marys in front of the historic storefronts of C Street. People tossed candy from floats, and members of the Veterans of Foreign Wars pulled away bunting to unveil a six-foot-tall stone monument in the shape of Nevada to honor those who served.

A few political statements made their way into the parades, too. A little girl in pink Velcro shoes toted a “Sisolak is Yucky” poster in Virginia City, while a woman of the Blue Star Mothers entry in Las Vegas chastised a spectator for bringing his “F*** Biden” flag to the event.

Others stuck to a simple American flag.