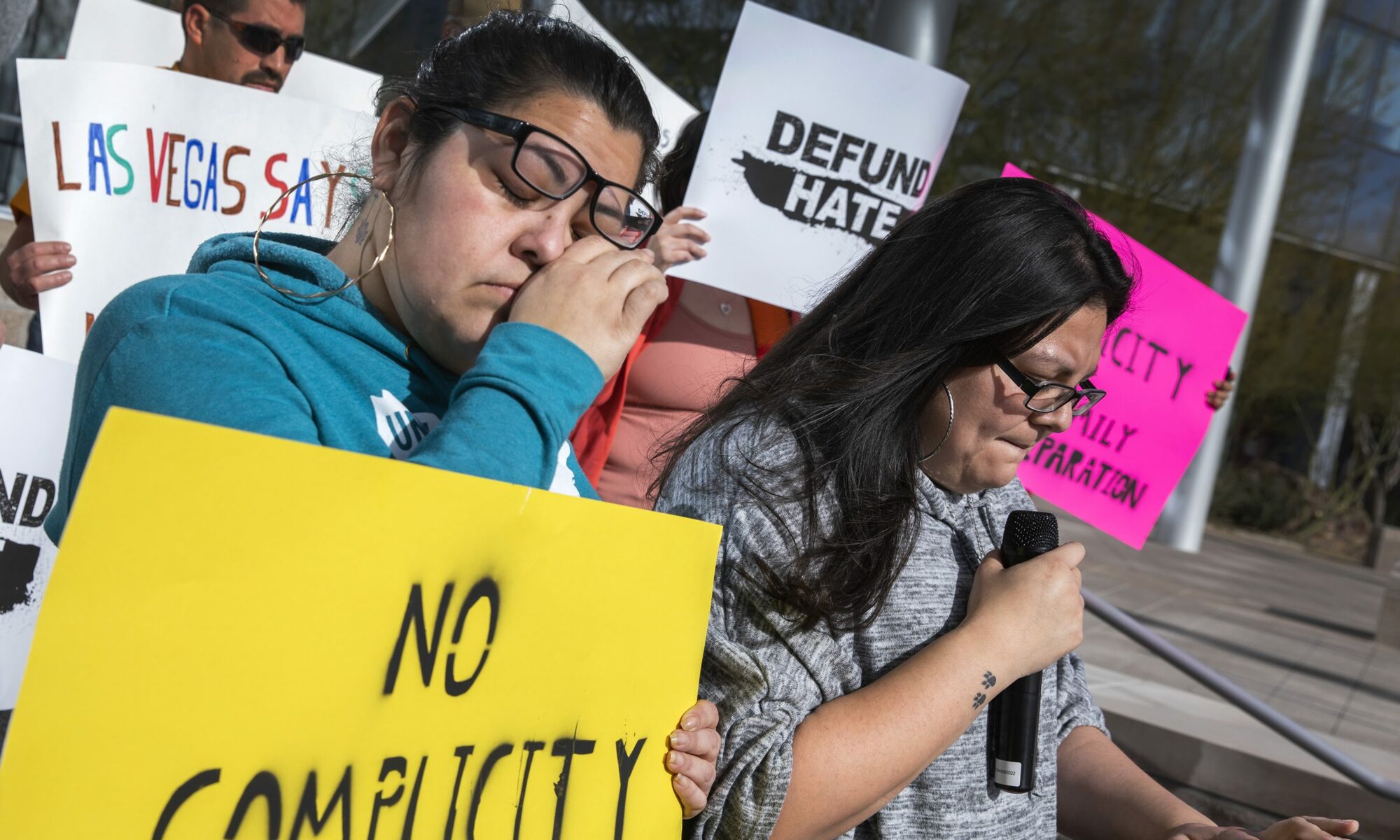 “Thank you for all that you do.” People say that with the best intentions, I know, but it’s still an awkward compliment to accept when all I want to do is respond, “Actually, I hate this. I hate that my job exists.”

To be honest, most days I’m not quite sure even why my job exists. I am an immigration attorney, and while most people who follow the news have some idea of what we face in this moment, I don’t think anyone not immersed in this world truly understands the odds we are up against and the limitations, new and old, that make our role at times merely ornamental. My reality feels as far from heroic as one can get.

Of course, immigration lawyers weren’t always as popular as we seem to be these days. As complicated and nuanced as this area of law is, many, including others in the legal community, saw us as little more than glorified paper pushers, our days spent filling out forms and collecting documents.  Enter Donald J. Trump.

On January 27, 2017, barely a week into his presidency, Trump issued an executive order banning travelers from seven predominately Muslim countries from entering the United States.  Absent any prior notice, the prohibition was to go into effect the very next day. The urgency of the situation was a call to arms to seemingly every immigration attorney in the country. We showed up in droves at whatever international airport we were closest to, working around the clock to undo the first of what would become countless xenophobic abuses of power. And just like that, the boring form-filler became a hero and a star.

Thankfully those early efforts worked, if only temporarily. Two days after the ban was initially announced, a federal court in New York issued the first of several nationwide injunctions, preventing the new administration from moving forward with the ban. For those of us anxious about what we could expect from a President who made his anti-immigrant stance a central tenet of his campaign, the chaos of that weekend served as both evidence that we were right to be concerned, and hope that we were up for this fight. The lawyers, the courts, would save us.  Our system was built to withstand these assaults, we would be ok.

Almost four years later, I can’t say that I believe that anymore. Call it a crisis of faith, a diminishing of naiveté, or just plain old burnout, but one thing is certain, the constant (and I mean constant) changes to immigration laws and rules over the last 40 months are enough to break even the most hopeful and optimistic advocate. We often joke in our office (or we used to in pre-Corona times) that we shouldn’t forget to check Twitter each morning to be sure we are practicing the right law that day. But is that still a joke if it’s true?

Asylum law, for example, my main practice area, has been all but decimated, its eligibility requirements narrowed so drastically as to allow only the most comically specific, well-documented cases of persecution to have even the slightest chance of success.

Oh, you say police officers showed up at your home, beat you, and threatened to kill your family? That’s really unfortunate, but tell me, were they in uniform? No? Too bad. They were clearly not acting in their official capacity so, no protections for you.

Wait, you say government officials knew of the torture you suffered and did nothing to prevent it or stop it? Terrible, just terrible. But, wait, was it those officials’ job to prevent torture? I mean like, was it in their job description? No? Ooof, sucks for you. You see, they had no explicit duty to protect you so we can’t find government acquiescence and without that, we also have no duty to protect you. Sorry. Bye.

Actually, no, that last part is an exaggeration. They never say sorry.

In any case, these changes aren’t even the most worrisome for the overall survival of humanitarian forms of immigration relief. It is by nature an attorney’s job to find creative solutions to our clients’ problems within existing law. We are also allowed, and oftentimes encouraged, to make arguments that challenge existing laws in order to change or improve them. Nobody questions this in other practice areas. This is how the law moves forward. New proposed regulations, however, would make it easier to deem an asylum application frivolous, and potentially sanction any attorney who filed it, if the underlying claim is not consistent with prevailing case law. If these proposed new rules are implemented, they will have a chilling effect on asylum attorneys and will ensure that no progress can be made towards changing unfair, or even unlawful, decisions. I cannot help but feel that this is the entire point.

Hence, the existential crisis of the modern immigration attorney: if every avenue once available to help my clients is now blocked, or soon will be, then what is the point of me and others like me? When asylum denial rates are in the 90th percentile in some places, is my presence merely tolerated in order to legitimize a fundamentally unfair system?

Recently, my social media feeds have been filled with stories of immigration attorneys quitting or getting ready to quit their practice. Some who are still committed to the fight will no doubt criticize them for tapping out when they are most needed, but I sympathize. It shouldn’t be this hard to fight for justice and due process in the land that claims to have invented justice and due process. It will break your heart every day, and eventually, if you stick around long enough, it will also break your spirit.

So I get what people mean when they thank me for my work, and I appreciate the support. I truly, truly do. But, man, this is a heavy burden to carry, getting heavier every day, and I don’t know how much longer I or many of my colleagues can bear it.