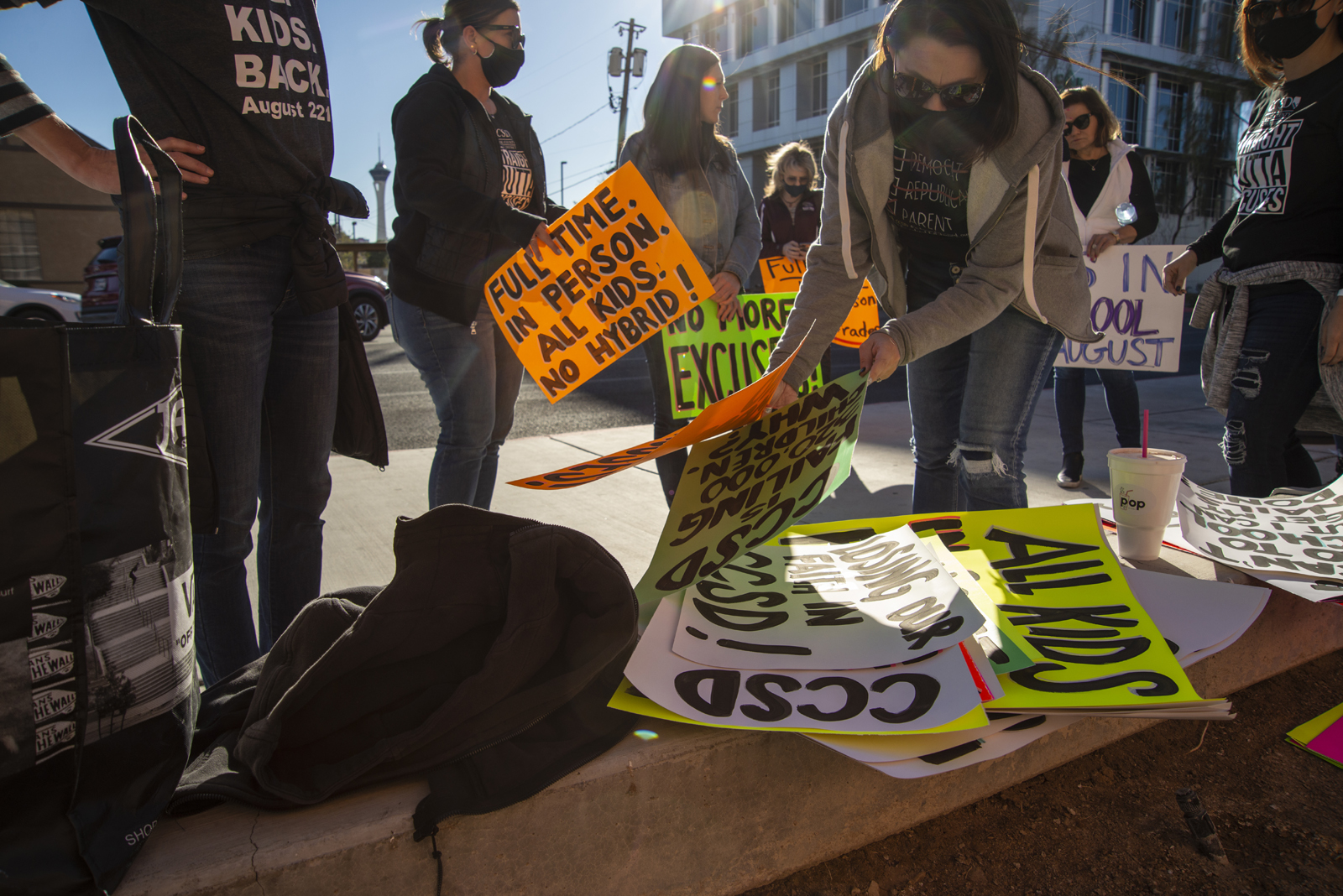 Public comment always had a low signal-to-noise ratio, as Parks and Recreation amusingly lampooned through the years. In theory, public comment — those periods baked into every agenda for every meeting hosted by most public bodies in the state, during which constituents can queue up and speak their mind — is a chance for elected officials to hear directly from the people they serve and govern and learn about the issues affecting their constituents. In practice, public comment usually seemed to exist to show everyone that their neighborhood was populated by a wretched hive of ignorance and inanity, a parade of ignorant fools each shouting one terrible opinion after another to each other, every utterance full of sound and fury, signifying nothing.

Even so, there was a time when public comment had some utility, both to those providing it and for those receiving it. At the very least, public comment periods served as useful barometers — if you only hear from the usual gadflies in one meeting, then suddenly have a hundred people signing up for public comment at the next, that’s a good sign that something worth campaigning on has seized your constituents’ attentions. Once in a while, someone might even articulate a clear, actionable concern or objection which somebody can actually do something about. Besides, many local governing bodies usually work in an environment approaching benign anonymity, which can be a little disappointing for the elected officials who each worked so hard to get elected into them. City council members and school board trustees like to feel important, too, and what makes an entry-level elected official feel more important than an audience?

Granted, even at its best, public comment always had some structural issues. Most governing boards meet when their constituents are at work — general improvement district trustees and the like prefer to work from 8 to 5 so they can pick up their children from daycare before 6, too — which means many of their constituents are logistically incapable of having their voices heard. Additionally, public body meetings can frequently last for several hours. Put the two together and public comment periods always privileged those without jobs or other recurring adult responsibilities at the expense of the rest of us who can’t flush 10 hours down the toilet in exchange for two minutes of mic time.

Then a small, angry, and bored minority decided to turn public comment sessions into recurring exercises in attempted stochastic terrorism.

In North Carolina, Republican Rep. Madison Cawthorn attended a school board meeting to speak out against mandatory mask mandates for students — after he spoke, a group of parents attempted to “overthrow” the school board and “elect” new members on the spot. In Pennsylvania, gubernatorial candidate Steve Lynch recommended going to school board meetings with “20 strong men” and giving each school board member an option — “they can leave or they can be removed.” And the relentless hostility of Washoe County school board meetings, among several other board meetings nationwide, made national news.

If the attempts to escalate, radicalize and disrupt were limited to otherwise mundane government meetings, it would be bad enough — but they’re only the start. In Vancouver, Washington, anti-mask protestors and Proud Boys harassed mask-wearing students outside of a high school. Meanwhile, three men in Tucson, one wielding plastic handcuffs, attempted to perform a “citizen’s arrest” of an elementary school principal. In Los Angeles, a protester at an anti-vaccination event waved a sign displaying the home addresses of city council members and said “civil war” would happen if the Los Angeles City Council did not vote his way.

Then there’s whatever stuff and nonsense is going on in local Republican Party chapters nationwide — including the recent court case meant to sort out which merry band of fools and grifters gets to call itself the official “leaders” of the Clark County Republican Party.

In the context of what’s going on nationally, Clark County’s most recent school board meeting, all eight hours of it, was comparatively sedate. Sure, it started with the audience shouting the Pledge of Allegiance (which was, by the way, partially written by a socialist — something to think about the next time you hear a candidate claim he’s going to “reclaim public school” and “keep our republic from becoming a communist state”) at the top of their lungs. Yes, it was followed by jeering of Superintendent Jesus Jara (he’s earned some). And yes, many of the public comments were theatrically vitriolic, as one has come to expect over the past two years. However, nobody was hurt and none of the trustees quit after the meeting. By what passes for acceptable standards of behavior these days, the meeting and its outcome (school district staff and teachers are now required to get vaccinated) came surprisingly close to being reasonable.

Now — touching on the outcome for a bit, I would like to remind everyone that the government exercised its coercive power when it required each and every child between the ages of 7 and 18 years of age to go to school. For those parents who can’t, for whatever reason, enroll their children in a private or charter school, oft-overcrowded public school classrooms are the default choice imposed upon our children by force of law. If we’re going to force children, and the adults responsible for teaching and supervising them, into overcrowded conditions, each and every employee working in those conditions must be required to fully adhere to each and every public health and safety measure currently available without exception — otherwise, we’re forcing parents to send their children into obviously unsafe environments where their lives and health will be under constant threat.

There are solutions to this problem. Larger, less crowded classrooms would be a good start. A wider variety of choices in schools for parents to choose from, so parents and educators could voluntarily and mutually make their own educational and medical choices would also be welcome. Making mass transit ubiquitous and child-friendly, like it is in Europe and Japan, so parents can safely, easily and affordably send their children to whatever school they choose would also be helpful (and, as an aside, would reduce the need for car dependency more generally). Perhaps even reconsidering the wisdom of compulsory education more generally might be welcome — based on how well children recover after they miss a lot of school, schools may not educate our children as much as we think, though I’ll be the first to concede they’re probably still important as places of structured socialization for children and as subsidized daycare for working parents.

Letting the employees of the school district of last resort refuse to participate in public health measures, however, is not on the list of solutions for the same reason we shouldn’t tolerate unvaccinated prison guards — we are legally forcing children to sit in a room and share air with these people. When school employees can’t be bothered to take care of their own health, they get our children sick — and not just with COVID-19, either. It shouldn’t have taken a pandemic for our public schools to finally require that their employees take their role in public health seriously.

It is, of course, not unprecedented for school board meetings to get heated. Debates surrounding curriculum are constant — figuring out how to prevent parents from indoctrinating their children without inadvertently empowering parents to indoctrinate other people’s children remains an unsolved problem. It is also, of course, not unprecedented for city council meetings to get heated, either — NIMBYs in California will famously turn an otherwise mundane meeting into a daylong shouting match the instant someone wants to build a duplex or convert a "historic laundromat" into some housing.

The difference, however, is, generally speaking, that everyone involved in the process — the councilors or board members, the public venting their spleens into the mic — more or less agree that the process and the institutions they’re participating in are acceptable and legitimate methods of resolving political differences. They might not like all of the resulting outcomes (if they did, nobody would employ opinion columnists), and they might not necessarily like the process all that much, either, but it’s usually viewed as, at worst, a necessary evil, and at best a less terrible way of resolving disputes and grievances than engaging in street-by-street combat and letting the best-armed survivors drive local public policy until the next violent revolution comes.

That’s less true than it used to be, though — and it is a very serious problem. There are almost certainly better alternatives than what passes for local, state, and federal government in this country. Angry mobs threatening anyone who disagrees with them with implicit violence is most certainly not one of those alternatives.

That’s why we shouldn’t tolerate angry mobs hijacking our local governments by abusing the public comment process. The First Amendment gives us the right to vent a lot of steam at our public officials, as it should, but posting home addresses of elected officials, attempting “citizen’s arrests” of principals, and “overthrowing” public bodies crosses several moral and ethical lines, whether each instance counts as a legally punishable “true threat” or not (I’ll leave that to the courts to decide). When angry mobs storm our local governments and try to terrorize our local officials into complying with their demands, they are issuing a threat to all of us — either we elect representation they approve of or they will remove any elected representation they don’t approve of.

We each may have our issues with our local elected officials and the policies they enforce. That’s fair. Even so, call me cynical or call me an idealist, but I think I would have far more issues with whatever policies an angry mob accountable solely to themselves (and the notion that might makes right) chose to enforce instead.

Additionally, though I personally enjoy a seemingly limitless amount of column space to ensure my voice is heard, most Nevadans aren’t so lucky (if you’re interested in your own column space, click here) and need something better than what’s currently on offer under Nevada’s Open Meeting Law. We need to reconsider a public comment process that explicitly empowers and rewards the Shouting Class over the much larger class of ordinary Nevadans who don’t have the time to sit in line before their voice can be heard. Increased random canvassing of constituents about local issues and increased remote access to local government meetings (COVID-19, for all its ills, really jump started some necessary reforms here) would both go a long way towards giving a voice to all constituents, not just those with nothing but time and anger on their hands.