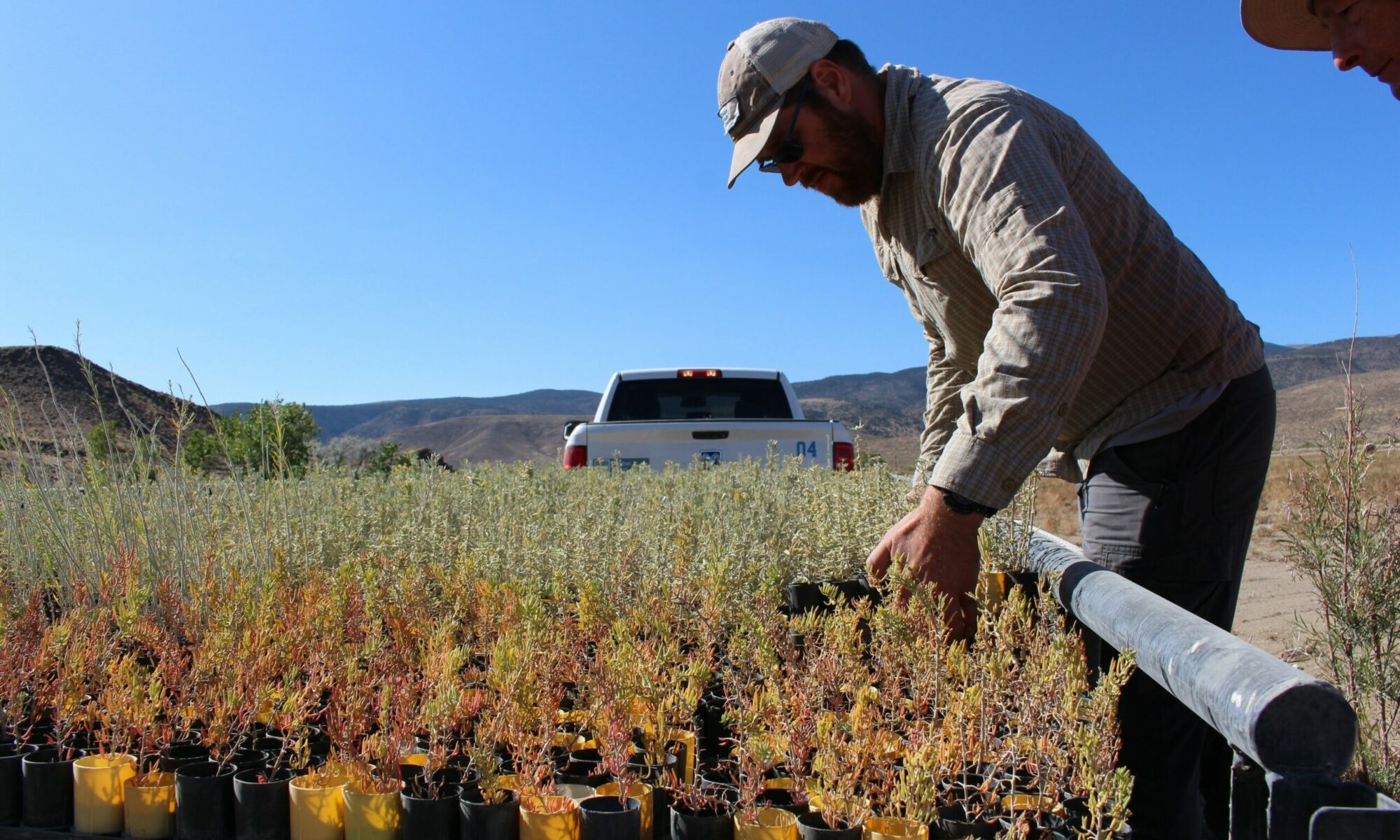 Gov. Steve Sisolak declined to take a firm position on the contentious proposed expansion of a military bombing range onto hundreds of square miles of public land in Southern Nevada, even as elected officials and conservation activists throughout the state gathered on Saturday to highlight the beauty of Nevada’s vast public lands and economic benefits of outdoor recreation.

Nevada has the highest percentage of public land — broadly defined as non-privately owned land controlled by the federal government — of any state, with more than 63 percent of the state’s landmass under federal control. Although much of the state’s population is clustered in urban areas, outdoor recreation is a lucrative part of the economy —  one study estimates that it creates 87,000 jobs and generates $4 billion in wages and $12.6 billion for Nevada’s economy.

In Northern Nevada, 40 volunteers braved strong winds to plant native shrubs on fallow alfalfa fields and the future location of Walker River State Recreation Area. Once private ranch land, acreage outside of Reno at the East Walker River has been acquired by the Walker Basin Conservancy and donated back to the state for a new state park.

“This whole event today is really just about celebrating the Walker River and celebrating the creation of the state park in general,” said Laura Patten, land conservation director for the Walker Basin Conservancy. “And just the ability for this land to become open to all Nevadans and the public.”

Bonnie Hill, a 74-year-old Reno local, drove to the East Walker River to volunteer because she plants native plants at home and felt she could be helpful.

“I think that we need to maintain as much land as we can in a manner of which it is in today so we won’t have ruined it all,” Steve Litsinger said. “So much of it has already been taken away, so it’s going be great to reclaim this land here and turn it back into what it was.”

But views on public lands issues are not always unified or unanimous among Nevada leaders. Gov. Steve Sisolak declined to take a position on the controversial issue of the U.S. Air Force’s attempt to expand a bombing training range in Southern Nevada, which conservation advocates and other groups say would threaten regional wildlife.

“I’ve met with the military bases, with both the generals, and we’re working with our federal delegation,” Sisolak said at a Public Lands Day event at Mountain’s Edge Regional Park in Las Vegas. “That’s going to be a federal issue, and we’re going to try to work through it. I understand their need. At the same time, I understand the importance of public lands in Nevada.”

Perhaps one of the most contentious public land issues in the country, the proposed Air Force expansion into the Desert Wildlife Refuge — the largest U.S. refuge outside Alaska —  has drawn opposition from the Moapa Band of Southern Paiute Indians and other conservation and environmental groups. Earlier this year, state lawmakers approved Assembly Joint Resolution 2, which urged Congress to reject any expansion of land use for the Air Force.

According to the Associated Press, the Air Force first filed notice in August 2016 to study adding 468 square miles of federal land currently managed by the U.S. Fish and Wildlife Service to the Nevada Test and Training Range — already the largest bombing training range in the world. The range, which was established in 1936, is composed of 4,531 square miles of federal land.

Sisolak declined to answer additional questions from The Nevada Independent on the proposed expansion — and whether he would support additional restrictions on firearm purchases in light of the 19-year-old suspected gunman responsible for the mass shooting at the Gilroy Garlic Festival purchasing his assault weapons in Nevada.

“We’re here to talk about public lands today,” he said.

State leaders on Saturday also highlighted bills they said demonstrated the state’s commitment to outdoor recreation, including a bill creating the Division of Outdoor Recreation within the state’s Department of Conservation and Natural Resources. Some of the goals outlined for the division include restoration, maintenance and expansion of public facilities, community outreach and ensuring economic growth in the recreation sector.

“We have a lot of people in inner cities who never get out to the parks; and people with mobility issues — it might be harder for them [to access]. So making sure that they have access is part of the reason the governor and [Assemblywoman] Maggie Carlton created the Office of Outdoor Recreation,” Lt. Gov. Kate Marshall said at the Public Lands Day event in Las Vegas.

Marshall also noted the state recently joining the Confluence of Accords of States as another way Nevada is pushing for the protection and responsible use of public lands. The Confluence provides guidelines for states to develop outdoor industries in accordance with conservation and accessibility priorities.

“We’ll do a study that will look at how we can drive the economy, how we can do conservation and stewardship, how we can make sure people have accessibility, and what about the public health determinants for [using] the outdoors,” Marshall said.

Also passed in the 2019 legislative session, Assembly Bill 84 authorized $217 million in bonds for recreation projects across the state over ten years. The bill was a continuation of a 2002 ballot measure to authorize the state to issue general obligation bonds for conservation projects.