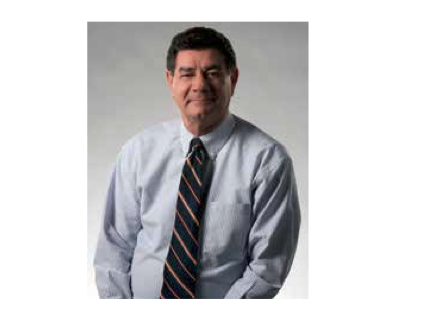 He was affectionately known in Carson City as “Spinatra” because his voice was almost as beautiful as the Chairman of the Board’s, as he demonstrated on many a capital karaoke night.

As a painful (for others) practitioner of this sport (“Stop aggressively singing,” a friend once told me), I admired Jim Spinello’s abilities behind the mike. But more, much more than this, I marveled at what a genuinely nice human being Spinello was, not just for the political arena but for any arena.

Spinello passed away Wednesday at 67 after battling cancer. After people die, especially politicians or former officeholders, people gloss over their faults, deliver gauzy eulogies. I’ve been to more than a few funerals for pols where colleagues smartly developed selective amnesia as they talked about the recently departed.

That will not be necessary with Spinello.

You will not find anyone who dealt with him who will say a bad word. Not one. And if they do, they are projecting, I assure you.

I have met many more good people than bad in covering politics for three decades. Many. But none were better or more sincere than Spinello, whose time in elective office was all too brief but who left an indelible mark on almost all whom he touched.

Jim – or Jimmy as many of us called him – was elected to the Assembly in 1986, the first year I was on the political beat. He was part of a stellar freshman class that included Matthew Callister, a future Ways and Means chair, and Gene Porter, a future majority leader.

Spinello was immediately seen as thoughtful and accessible, a star who would soon rise. Unlike Callister and Porter, who would ultimately become known as effective Carson City leaders, Spinello tried to step up to statewide office after only two terms.

He lost the secretary of state’s race in 1990 and never returned to elective politics, although he stayed in the game first in Clark County government and then with R&R Partners. He never seemed wistful or bitter about not having a long elective career, and he was always one of those guys in the political realm who actually was interested in the answer when he asked, “How are you doing?”

Nice guys may finish last in some pursuits. But Jim Spinello will be remembered fondly by all who knew him, mostly because he never put on an act, never was a poseur.

In the end, he did it his way.

I have collected some remembrances of him from some legislative insiders who knew him well.

Former Democratic Assemblyman David Goldwater: (Ex-Assemblywoman/County Commissioner) Myrna Williams introduced us.  He explained things in a quiet, unassuming, yet effective way.  He vouched for me when he introduced me to (assemblywoman) Jan Evans and always tried to find the common denominator among people (except when it came to his Cleveland teams.)  My perception of Jim was as a serious, thoughtful, partisan, Democrat.  Then I saw "Spinatra."  If you shut your eyes, Jim's karaoke covers of Frank Sinatra were dead on.  It added a new dimension to an already deep and complex guy.  He was an effective legislator and a more effective advocate in local government.  Quiet, knowledgable, unassuming, kind.  RIP Spinatra.

Former Speaker Richard Perkins:  Jimmy Spinello was one of the kindest gentlemen in Nevada politics.  He was always one of those quiet, thoughtful, yet encouraging guys.  He was really one of the only people who could reason with (legendary Ways and Means Chair) Marvin Sedway when Chairman Sedway launched one of his many crusades.  The 1987 freshman class was considered one of the best ever in the Assembly and Jim had a lot to do with that.  RIP Jim.

Mary Lau, retailers lobbyist: What a heartbreak this one is.  Many happy times with Jim, including great memories at such funky places like The Hole in the Wall. You didn’t have to know Jim Spinello to know what love, kindness and decency was, just being in his presence was enough to understand that was his core.  Jim was a balancing factor for so many people during a crazy time in Nevada legislative history.  He was there for the people and for the policy --- not the politics. Some people suck the oxygen out of the room with their negativity and others hit you like cool clear oxygen.  That was Spinello – cool clear oxygen.  RIP dearest Jimmy!

Paul Enos, truckers lobbyist: Jim was a class act and an honest broker, always enjoyed working with him, especially when we were on the same side of an issue.

Lorne Malkiewich, longtime head of the Legislative Counsel Bureau: He served on Ways and Means as a freshman and thoroughly understood the budget in an era in which you didn’t have a dozen Program Analysts to explain it to you. John L. Smith’s was on the mark: he was too nice to be a politician. Diogenes had an easier task than finding a person who didn’t like Jim Spinello.

Billy Vassiliadis, R&R Partners boss: Jim was not the loud flamboyant type, with great one liners, or actions that would make him part of political folklore. He was simply a gentle, genuine and purely motivated guy. He treated everyone with respect and dignity. If all the politicians of today followed the high standards of decency, ethics and true compassion that guided Jim, our state would be a far better place.

Alfredo Alonso, another longtime business lobbyist: "My fondest memory of Jim was of the day I first met him. He had just lost to Cheryl Lau and should have been devastated or angry or both. Instead, Jim was a gentleman - gracious and kind as always. Jim was one of a kind and will be missed by everyone who knew him. RIP. "