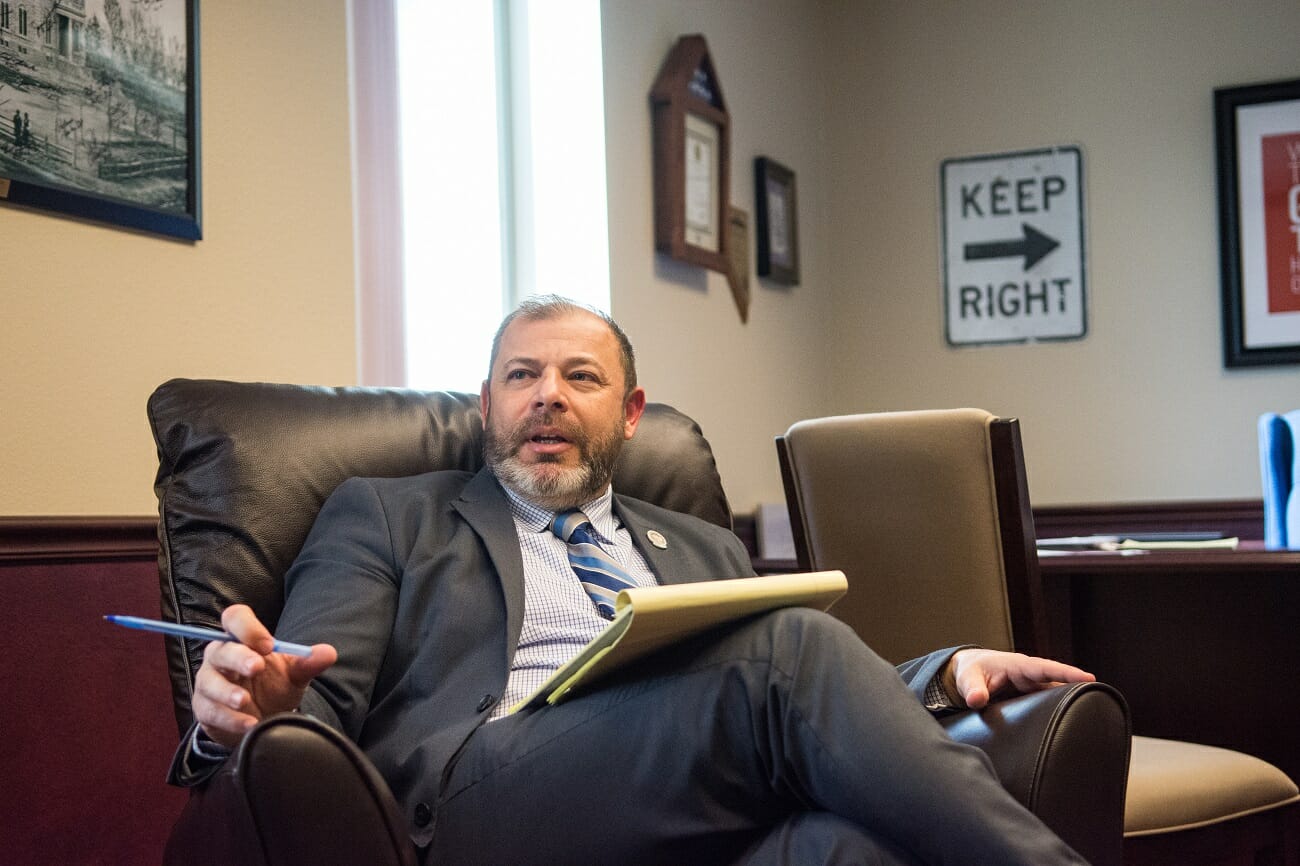 Assembly Republicans are taking a page from the Democratic playbook and releasing a slick, full-color brochure about their legislative priorities this session, even though they’re in the minority and have little leverage against their Democratic counterparts.

A copy of “Battle Born Priorities” obtained by The Nevada Independent on Thursday outlines Republican goals including “Education,” Economic Prosperity,” “Government Accountability,” “Health Care” and “Public Safety.” The policy document, which will also have an associated website, lists few specifics, and focuses instead on a handful of general caucus priorities.

"It’s a way to coalesce and unify our message," Republican Assembly Leader Paul Anderson said. "Good ideas aren’t exclusive to one party or another."

Democrats made a similar move in 2015, unveiling a “Nevada Blueprint” that outlined priorities including equal pay for women, affordable childcare and an increase in the minimum wage. Many priorities in the document, released relatively late into the session, didn’t come to pass in the Republican-controlled Legislature even though each was backed by a bill proposal.

Democrats also held a news conference Thursday to formally unveil an updated “Nevada Blueprint.” Policies within it stand a better chance this session, but come a month after Republican Gov. Brian Sandoval unveiled his detailed master budget that sets the tone for much of the session.

Sandoval also has veto power over measures that pass the Legislature, and Democrats do not hold the required two-thirds of seats needed to override a gubernatorial veto.

Specific priorities in the Assembly Republican plan include “funding and implementing” Education Savings Accounts, expanding access to health care and “equally protecting” Nevadans’ rights to vote. The brochure does not specifically mention enacting a voter ID law, though it emphasizes protecting “the integrity of our voting system” and ensuring “those who register to cast a ballot do so legally.”

Republican Assemblywoman Lisa Krasner has introduced a bill, AB164, which would require voters to present a driver's license or ID card to cast their ballot. Republicans typically argue that voter ID laws reduce voter fraud, while Democrats view such laws as discriminatory and aimed at preventing certain minority groups from voting.

“Voting is a sacred right. We must protect the integrity of our voting system and ensure that those who register to cast a ballot do so legally,” the Republican brochure says.

Senate Republicans released a similar but separate set of priorities, called a “Pathway Forward,” last week, which was less opaque about their support for enacting a voter ID law. It also outlined other priorities like blocking a property tax increase and supporting continuing medical education.

Unlike Senate Republicans, Anderson said he didn't want to start "drawing lines in the sand" over the ESA funding debate too early in the legislative process.

"It’s a budget item, so it gets pretty far down into session before we have to start taking strong stances," he said. "It is a top priority and we need to deal with it and make sure it stays a top priority."

1:22 p.m. This story has been updated to add comments from Republican Assembly Leader Paul Anderson and to reflect that a planned conference occurred.