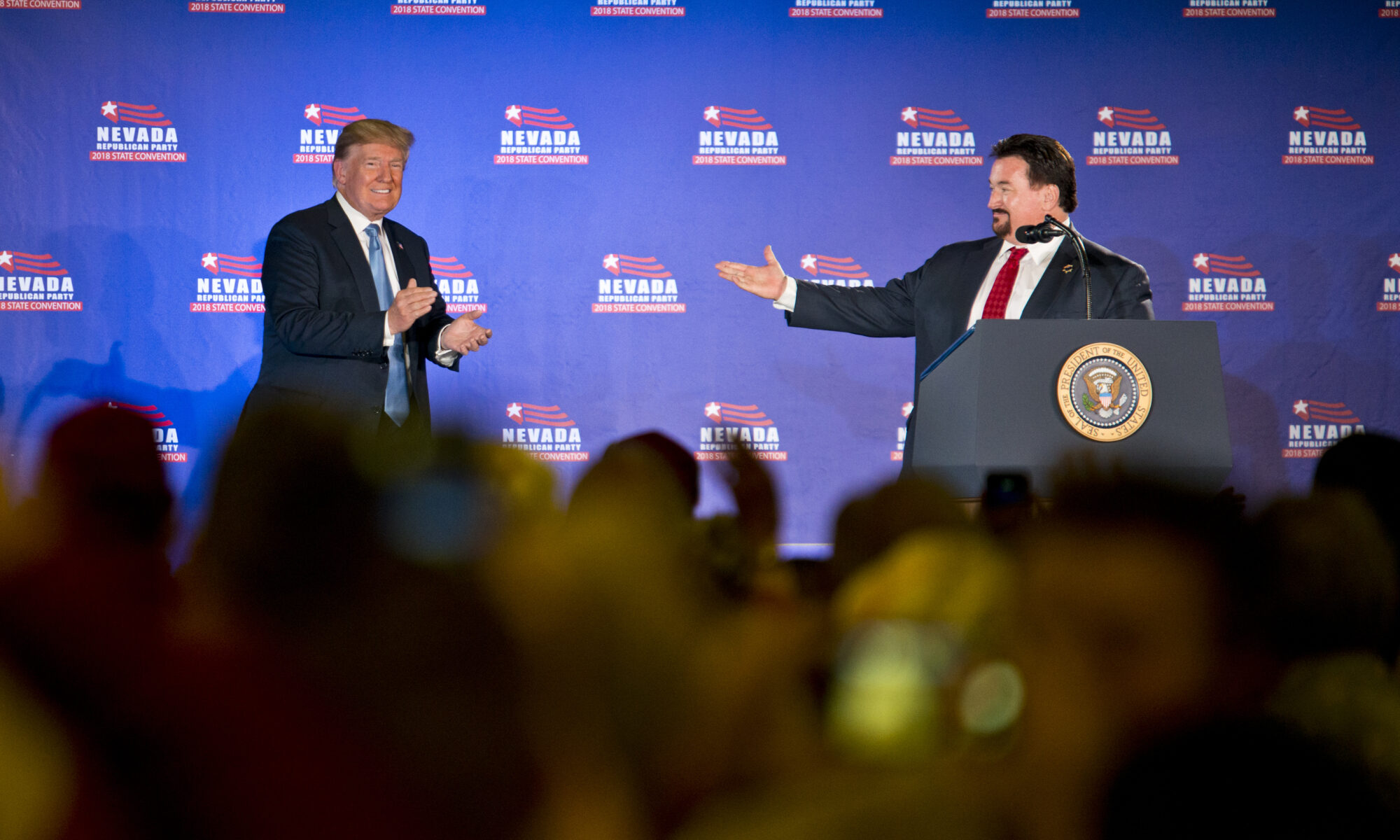 In a time of endless political intrigue, the departures of a couple loyal Nevada Republicans from their positions in two county central committees may seem unimportant.

Beyond the national political climate’s perfect storm, with a scandal in every news cycle, Nevada is already careening headlong into the 2022 campaign with the races for U.S. Senate and governor garnering national media attention.

They’re anything but that.

As I see it, they’re clear and public signs of the greater ongoing dysfunction inside the state Republican Party under Chairman Michael McDonald’s dogged grip. Add to the Washoe and Carson blowups the meltdown and litigation over the leadership of the Clark County Republican Party Central Committee, and you’re watching a party in crisis at precisely the wrong time in what promises to be a lively campaign season.

The Clark County GOP’s woes have been chronicled, and continue after what has been described as a purge of party loyalists whose greatest sins appear to have been questioning the party’s leadership and fiscal sobriety.

The latest resignations of respected, red-to-the-bone conservatives Kadenacy and Knecht are more signs of a state party gone off the rails.

In his letter this week to members of the Washoe central committee, loyal soldier Kadenacy spoke about how each volunteer having only so much “Time, Treasure, and Talent to contribute. My personal goal remains the same as when I started as a volunteer for the Party over seven years ago, to have Republicans regain the influence over public policy that it once had. This goal has translated into a highly effective field program that targeted non-partisan voters in key state legislative races. Neither the primary goal nor the program has changed.”

This is the kind of often-thankless work that central committees of either party do. These are the folks who, year in and year out, volunteer to invest their sweat equity into the game a long way from the political spotlight.

When they start announcing they’re planning to spend their time elsewhere, the party as a whole has real problems.

How chaotic is it? As signs of madness, Kadenacy alluded to an April 2019 Washoe GOP central committee meeting that ended in a shoving match and the police being called, and the April 2021 state central committee meeting that resulted in the Trumpian censure of the Republican’s only statewide officeholder, Secretary of State Barbara Cegavske. Her egregious transgression: refusing to falsely claim that the 2020 presidential election in Nevada was marred by widespread voter fraud.

Immediately following the censure, which gained national traction after it was reported that members of the far-right Proud Boys were involved, Kadenacy accused state party leaders of treating Cegavske unfairly and failing to give her anything approaching a fair hearing. He wrote in a statement, “If our goal is to win elections in this next cycle, I fail to see the value of the State Party attacking the sole Republican Constitutional Officer.”

In his recent letter he concluded, “I am saddened to see that same behavior infecting the County and State Parties again.”

The mindless bullying and promotion of Trump’s big lie have turned Nevada’s GOP into a party of chaos and conspiracy, and Kadenacy had the decency to be taken aback.

Although he didn’t directly address questions about the state party’s fundraising and spending in his letter, its final sentence left little doubt: “For additional context, I am attaching the resignation letter of Ron Knecht, former State Controller, from his office in the Carson City Republican Party and Nevada Republican Party.”

In a resignation letter dated Sept. 21, Knecht expressed his gratitude to others on the central committee who had volunteered so many hours in the name of the party they had long known. He was clearly concerned that the party in Nevada to which he had devoted much time and effort had changed, and not for the better.

It was Knecht in April 2019 who proposed an audit of state party financial records. His concerns were drowned out by others perhaps enamored of the state party leadership’s undeniable cheerleader relationship with the Trump administration.

“Such groupthink is contrary to common sense and GOP principles,” Knecht wrote. “I’ll not miss those efforts to control others and falsely impugn people’s motives.”

Like Kadenacy, Knecht also referred to only so much time in the day to volunteer for the increasingly difficult duty of grassroots party work. After alluding to his plans to join Kadenacy, Jim Sievers and others in an effort to regain the party’s footing inside the state Legislature, where Democrats hold majorities that drive the policy narrative, he again raised a concern that is becoming an increasingly common topic of conversation inside some elements of the state GOP.

“Another reason [for his resignation] is the State CC has become dysfunctional,” he wrote. “Its leadership claims they raised $5 million in one election year. Reviewing the books, I found the state party got that money from the RNC [Republican National Committee] and other out-of-state organizations – and it was simply passed through to select statewide candidates and to political employees the RNC and other groups placed here. Very little of it was new money raised from Nevadans, and State CC did little for legislative and local contests. They and national operatives have systematically bent their efforts to raising money for the RNC, consultants and vendors at the expense of local races. The State CC has also raised damaging turmoil in Clark County and continues to do so.”

When you choose a big lie and big money over honest sweat and a strong grassroots network, you’re a political party sliding toward irrelevancy.