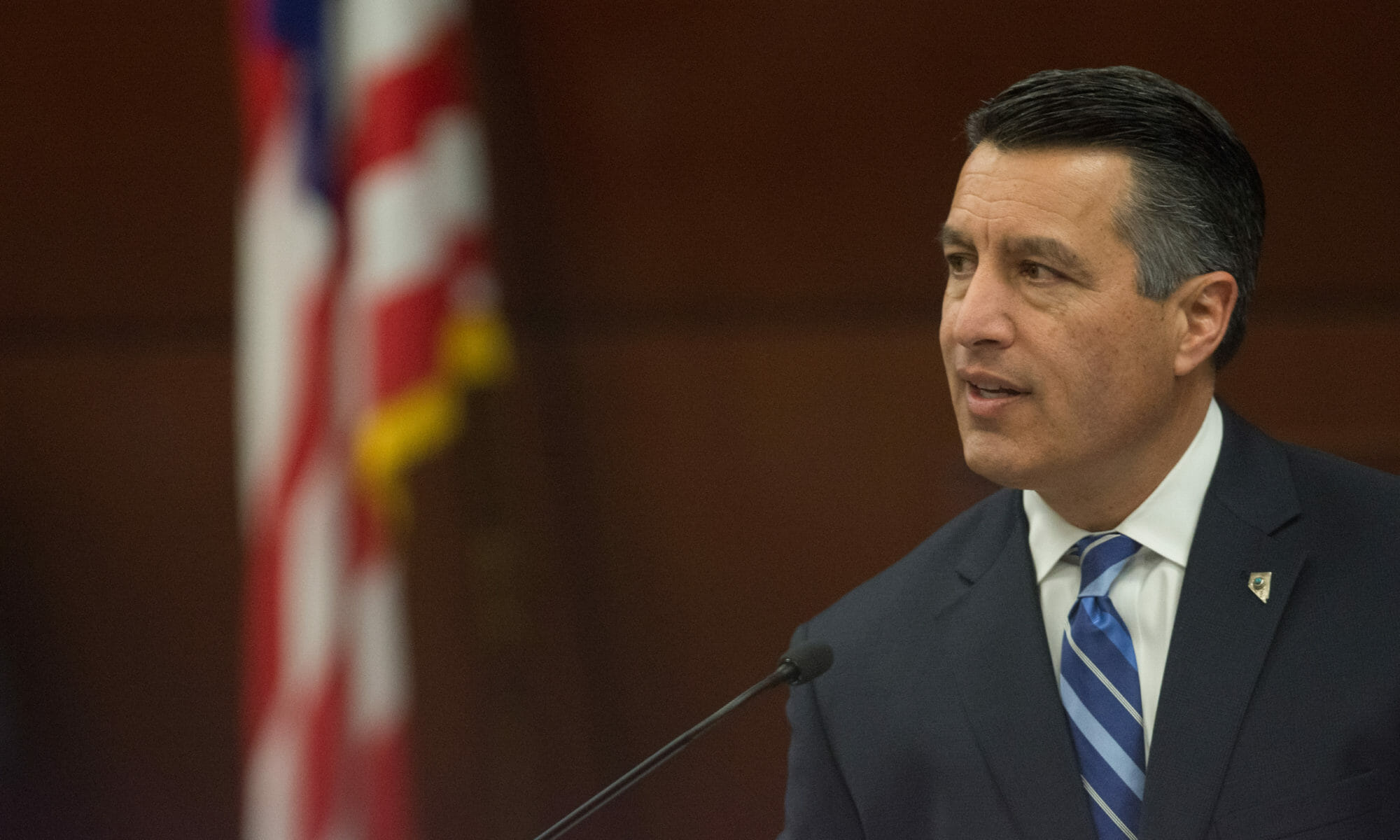 When Gov. Brian Sandoval sat down in a Reno American Legion post in June 2015 and signed a bill putting $14 million toward the Northern Nevada Veterans Home, supporters predicted the long-awaited, 96-bed nursing home could open in 2016.

But with 2016 gone, no ground broken and project funding still languishing on a federal waiting list, Sandoval has vowed that the state will front the additional $43 million needed to get the home up and running before he leaves office in early 2019.

“I am determined to make Nevada the most veteran- and military-friendly state in the nation,” he said earlier this month in his State of the State address. “It’s time to stop talking and get this done in tribute to our nation’s heroes.”

While Nevada is home to an estimated 100,000 veterans aged 65 or older, it only has 180 nursing home beds specifically for veterans, their spouses and Gold Star parents. The Veterans Administration estimates there’s a 649-bed unmet need.

“The veterans community has been actively seeking this project for at least 15 years,” said Kat Miller, director of the Nevada Department of Veterans Services.

The Nevada State Veterans Home in Boulder City, the lone facility of its kind in Nevada, is at capacity. Northern Nevada veterans who don’t get beds there are placed in nursing homes that are on contract with the Veterans Administration, sometimes in states such as California, Utah and Idaho.

But proponents of the project, which was first approved by the VA in 2006, say that even landing a spot in the Southern Nevada nursing home is not ideal for veterans from the North.

“You really don’t want to take the older veterans away from whatever family members and friends they have left and move them 500 miles away. That only hurts the veteran, because then they don’t get visits,” said Republican Assemblyman Chris Edwards, a Navy veteran who served in conflicts including the Iraq War and whose district includes the Boulder City nursing home. “That kind of social interaction is hugely important as folks get older and older.

The Northern Nevada complex would be built in Sparks, near a DMV office, the Truckee River and the Lake’s Crossing and Dini-Townsend psychiatric hospitals. Veterans would have their own private rooms and share a den, living room and kitchen with 15 other residents.

All residents could access the “town square” -- a gathering space in the complex that would include a barber shop, beauty shop, sports bar, dining commons, commissary, chapel, coffee shop and physical therapy gym.

The design, meant to feel more like a cozy neighborhood than an institution, “is a departure from previous nursing home models,” according to a presentation from the Nevada Department of Veterans Services. “Gone is the institution where patients are housed in a facility designed primarily around operational efficiency.”

The project sat on the back burner during the recession, but lawmakers approved the state contribution last year as Nevada’s economic outlook improved. This year, the state’s on even stronger footing -- it had a $420 million ending fund balance as of mid-2016, and socked away money in its rainy day fund for the first time in recent memory.

Still, Nevada officials had hoped the federal government would move the state up from its No. 63 place on the waiting list and muster the two-thirds it was supposed to contribute. Sandoval wrote to congressional leaders in August 2015 asking to speed up the project, and noted that President Barack Obama’s budget allocated just $80 million to such projects that year when historical levels were closer to $250 million a year.

Edwards, who supported President Donald Trump through most of his campaign, said he was frustrated by the past administration and had high expectations that Trump would prioritize veterans projects.

“We’re sorely disappointed by what the Obama Administration did not do,” Edwards said.  “Given the new administration and how pro-veteran they are, I think that list might move a whole lot faster.”

Miller said she hasn’t heard from the Trump Administration on what they’re planning to budget for nursing homes.

Under the Sandoval plan that must first be approved by the Legislature, construction would begin just after lawmakers wrap up their work in June, and a ribbon-cutting would take place in December 2018 or January 2019.

The state would apply about $35 million to construction and $7.6 million to initial operating costs, such as hiring staff and stocking the home. When Nevada reaches the top of the federal waiting list, likely in the next few years, it would be reimbursed for the building expenses, and residents’ payments would eventually cover the operating costs.

Lawmakers who said they’ve been frustrated by the wait say they’re on board with the project, which is expected to create 126 permanent jobs and bring an annual $14.4 million stimulus to the economy. Waiting too long could also be costly as construction costs rise in an improving market.

"I think we've talked about trying to get that off the ground every year I've been elected,” said Democratic Assemblywoman Teresa Benitez-Thompson of Reno, “so the day I drive past it and it is built in brick and mortar, I can't tell you how happy I will be."