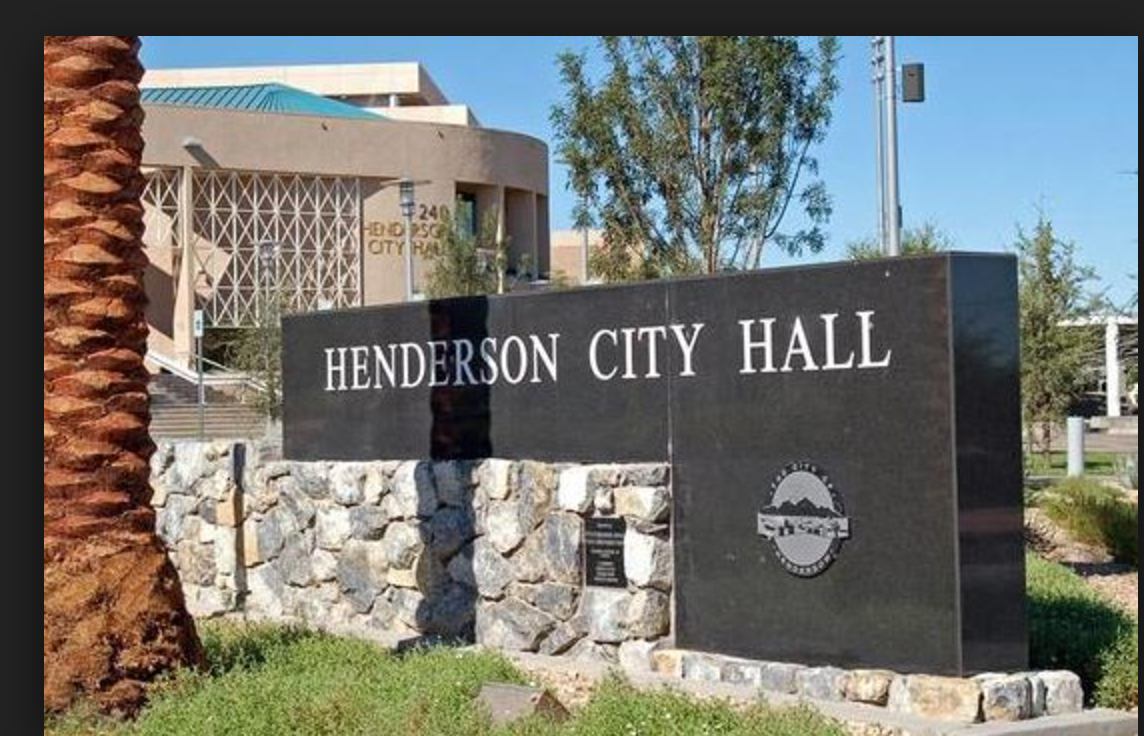 The secretary of state has determined Debra March is not term-limited by being appointed to one term and elected twice. Here's the ruling.

The secretary of state’s office plans to issue a ruling this afternoon regarding a candidate’s eligibility to run for Henderson mayor, a spokesman from the office said.

Rick Workman, a Henderson mayoral candidate, filed an “election integrity violation” report with the Secretary of State’s Office on Tuesday. He alleges that his opponent Debra March, a Henderson city councilwoman, is ineligible to run for mayor because of term limits.

March was appointed to the Henderson City Council in July 2009 and was re-elected in the following two elections. Workman’s argument is that March’s appointment constitutes a full term even though she didn’t serve the full four years.

The Nevada Constitution states that, “No person may be elected to any state office or local governing body who has served in that office, or at the expiration of his current term if he is so serving will have served, 12 years or more, unless the permissible number of terms or duration of service is otherwise specified in the Constitution.”

Workman, a criminalistics administrator for the city, said his complaint is about following the will of the people, who approved ballot questions in 1994 and 1996 that led to the creation of the term limits outlined by the state Constitution. Workman previously ran for Henderson mayor in 2013 and lost to incumbent Andy Hafen.

“I am just asking that the secretary of state and, if need be, the attorney general just follow the public’s wishes on term limits,” Workman said. “I have total faith in them to make the correct decision.”

March said she views it as a frivolous complaint and is forging ahead with business as usual. “We are working on our campaign,” she said. “We have a plan.”

In his complaint, Workman cited a Nevada Supreme Court case involving a Reno City Councilwoman. The court ruled that Jessica Sferrazza couldn’t run for mayor of Reno because she had served as a city council member for 12 years. The court ruling noted that the Reno city charter makes the mayor a member of the city’s “local governing body.”

Even so, Bradley Schrager, an election lawyer in Las Vegas who argued Sferrazza’s case before the high court, said he believes March is “clearly eligible” to run for Henderson mayor because the Constitution describes years of service instead of terms.

“There is some confusion regarding city council members serving later terms as mayor, but that’s not an issue in Mr. Workman’s complaint,” Schrager said.

Clark County Commissioner Steve Sisolak— who filed a term limit challenge in Nevada Supreme Court against his predecessor, Bruce Woodbury, in 2008 and won — characterized the term limits issue as a “real mess” that needs more clarification.

“Ultimately, I think judges are going to have to decide what you can and can’t do,” Sisolak said. “There are so many nuances to it.”

Disclosure: Jessica Sferrazza is married to Jon Ralston, the editor of The Nevada Independent.