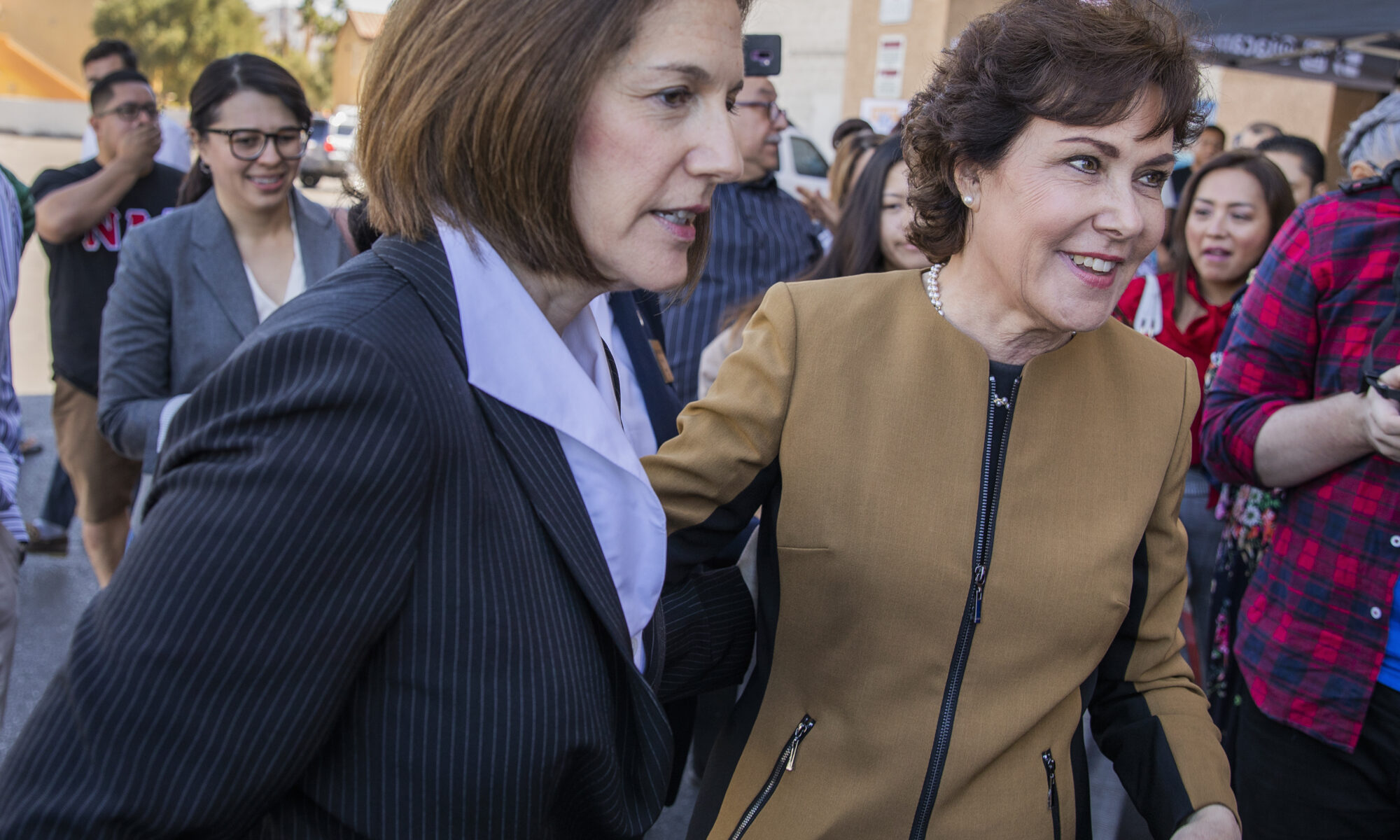 The Senate Judiciary Committee approved the nomination of former Nevada Solicitor General Lawrence VanDyke to the U.S. Court of Appeals for the Ninth Circuit over the objections of Sen. Catherine Cortez Masto, Sen. Jacky Rosen and the American Bar Association.

The GOP-controlled committee approved VanDyke on a 12 to 10 party-line vote to send the nomination to the Senate floor. It’s now up to Majority Leader Mitch McConnell to decide when to hold the confirmation vote, which could come as soon as the week after the Thanksgiving recess and only needs a simple majority to pass.

Immediately after the vote, Rosen, who attended the committee meeting, expressed her frustration on the panel’s approval of VanDyke and the refusal of the Republican majority to continue the “blue slip” process, a century-old practice in the Senate that had been a way to reach an agreement with the White House on a nominee and for a senator to veto picks they didn’t like.

”I’m extremely disappointed in my colleagues on the other side of the aisle not recognizing the blue slip,” Rosen said.

“The senators from a state should be able to work in consensus with an administration and with this committee to find someone who is qualified to do the hard work that it takes to be on this very important court,” she continued. “At the very least, the American people deserve qualified judges.”

Under the blue slip process, when a nominee is sent to the Judiciary Committee, the chairman sends a blue slip — literally a blue piece of paper — to the two senators in that nominee’s state. The senators can either indicate on the slip whether they support or oppose the nominee.

Both Rosen and Cortez Masto have opposed VanDyke, arguing that he lacks a strong connection to Nevada and is an ideologue whose judicial rulings would threaten abortion rights, LGBTQ rights and gun control laws.

Similar to the hearing in October when VanDyke appeared before the committee, the debate centered on a scathing ABA letter that deemed the lawyer unqualified to be a judge on the Ninth Circuit, which has jurisdiction over District Court cases tried in Nevada. The letter also raised concerns about how VanDyke would treat gay and lesbian people.

Committee Chairman Lindsey Graham dismissed the letter and Democratic objections to VanDyke, who he characterized as merely a social conservative and not outside the mainstream.

“The attacks on Mr. VanDyke seem to be inconsistent with everything the record shows about him,” Graham said. “I don’t think he’s lazy. I think he’s a decent fellow who has views that most people on your side don’t have.”

“What we have here today is an attack on Mr. VanDyke because of positions he holds that you don’t agree with,” Graham said.

He added that the ABA evaluation was incomplete. Graham provided little explanation about how the process fell short, though he said he’d spoken to South Carolina lawyer William Hubbard, who is chair of the ABA’s Standing Committee on the Federal Judiciary—the independent panel that directs the judicial evaluations. Graham added that steps would be taken so that the process would be properly undertaken with future nominees.

“We’ll try to make sure this doesn’t happen that way again,” Graham said, who noted that the ABA provides a valuable service in the judicial nominations process and would continue to do so.

Republican Sen. Mike Lee of Utah had called for the ABA to no longer be involved as a result of the VanDyke incident.

Hubbard did not immediately respond to a request for comment after being referred to the lawyer by the ABA, which has a policy of not commenting on the standing committee. In a letter to Graham prior to VanDyke coming before the committee in October, Hubbard defended the process and assessment, which included a reference to a supplemental review, of VanDyke.

Graham said he also took into consideration a call with former Republican Attorney General Adam Laxalt, who had written the committee on VanDyke’s behalf, and the testimony of Patrick Bumatay, a fellow nominee to the Ninth Circuit.

Bumatay, a classmate of VanDyke’s at Harvard Law School, is gay and is raising twin daughters with his husband. The two lawyers appeared before the committee together in October. Graham asked Bumatay if he thought VanDyke would be fair to his family, to which Bumatay easily answered in the affirmative.

The question was prompted by an article VanDyke wrote for the Harvard Law Record arguing that same-sex marriage hurts families and children. VanDyke disavowed the article and said his views have evolved.

“That meant a lot to me,” Graham said of Bumatay’s comments. The South Carolina Republican added as an analogy that while he supports a ban on abortion after 20 weeks, and has introduced a bill to make that a law, he believes that would not disqualify him from being a judge.

“I think I could give litigants a fair hearing and if I didn’t believe that about Mr. VanDyke I wouldn’t vote for him,” Graham said.

Graham also dismissed the argument that VanDyke has little to no connection to Nevada.

“I am very comfortable with the idea that if you serve four years as solicitor general of the state, then you’re connected enough to that state to be a judge from that state,” Graham said.

Sen. Dick Durbin, a Democrat from Illinois, noted that VanDyke is the ninth judge nominated by President Donald Trump to be deemed unqualified by the ABA.

Sen. Sheldon Whitehouse, a Democrat of Rhode Island, said that pushing VanDyke through the process rather than taking the time to talk to the ABA evaluators as a committee is symptomatic of the GOP trying to remake the judiciary by installing more conservative judges.

“I think we’re going forward on automatic pilot with no real reason to ignore the ABA’s conclusion, but simply because the conveyor belt of these judges must be fed there’s no stopping anyone no matter how unqualified and inappropriate a candidate they may be,” Whitehouse said.