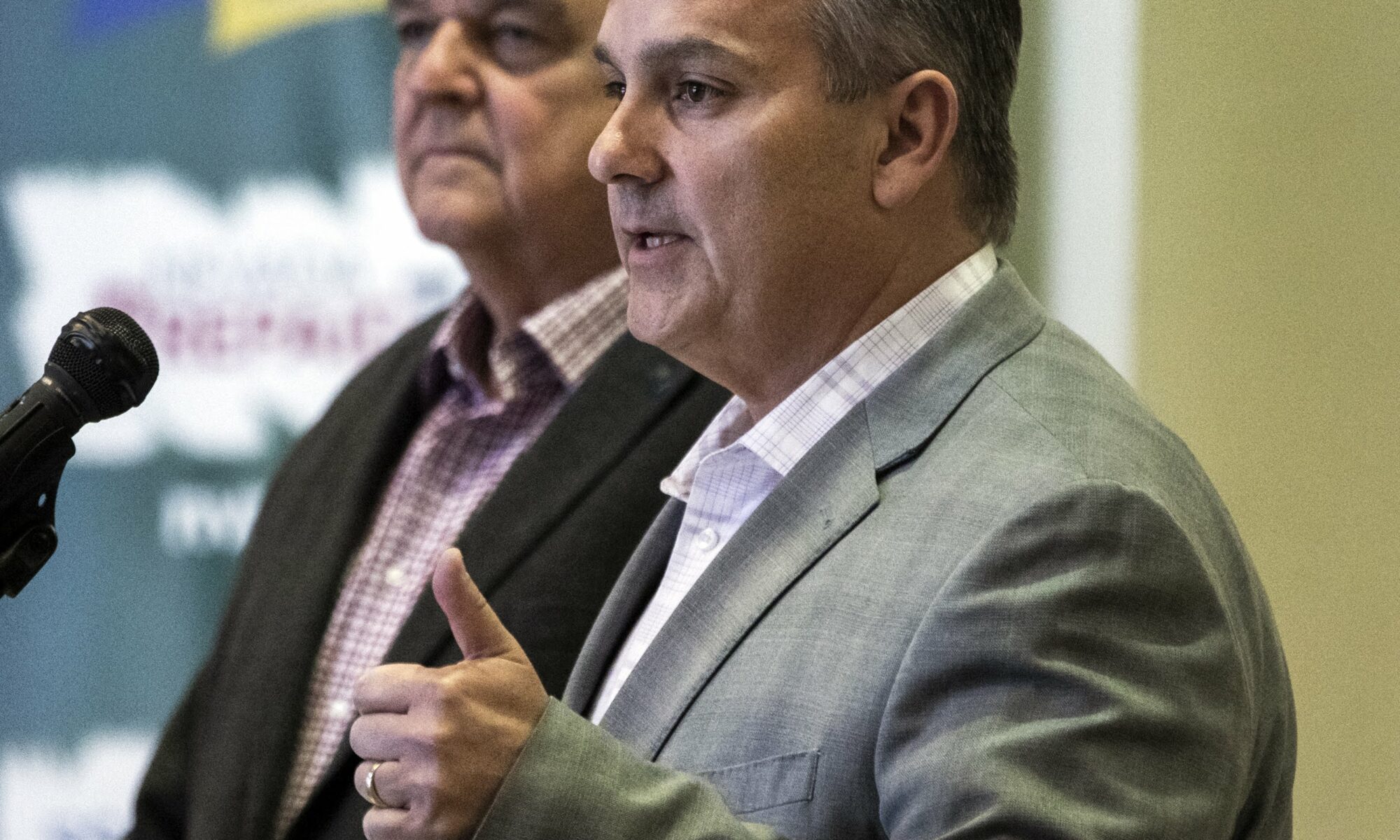 Gov. Steve Sisolak and state Superintendent Jhone Ebert fired back on Tuesday at Clark County School District Superintendent Jesus Jara, who has shied away in recent days from a controversial piece of legislation that would have allowed the district to sweep back unspent dollars from individual schools amid an ongoing budget crisis.

Sisolak and Ebert, in statements released by the governor’s office, placed the responsibility for the special session bill, AB2, back on Jara after he apparently said the State Department of Education was behind the request. Lawmakers tore apart the legislation during a Saturday hearing, where the Clark County Education Association presented an amended version of the proposal with the Clark County School District noticeably absent.

Sisolak accused Jara of trying to “mislead the communities he represents and blame others in order to avoid the repercussion of his poor decisions” and suggested that he was a poor leader.

“Being superintendent of one of the largest school districts in the nation requires leadership — especially in the midst of a crisis,” Sisolak said. “And leadership requires honesty. Unfortunately, that is not what we get from Superintendent Jara. Clark County students, staff and families deserve better.”

“Once it became clear the proposal did not have support, Superintendent Jara disrespected our elected officials and the entire CCSD community by misrepresenting his intentions,” Ebert said. “As a leader in education, he has a responsibility to set an example for our children. Blatantly altering the truth is not only a bad example, but it’s a disservice to the educators, students and families he represents.”

During the Saturday hearing, Clark County Education Association Executive Director John Vellardita repeatedly maintained that the bill was not his — and that the union had tried to make the proposal workable through an amendment directing the carryover funds only be used for specific purposes — and directed questions back to the school district.

Jara, during a brief public comment on the legislation that came after the hearing had already ended, tried to clarify that the school district initially proposed the concept to Sisolak but withdrew the request before the proclamation announcing the special session was announced.

Assembly Speaker Jason Frierson chafed at Jara’s characterization during the hearing and clarified that it had, indeed, been the school district that requested the legislation, only to ask for it to be withdrawn two hours before the special session. Frierson said that request came “too late.”

“You don’t get to light a firecracker and then run just before it goes off,” Frierson said. “I don't believe that there's going to be any reason to really belabor AB2, but I want to make it very clear who initiated this request, and I think it's unfortunate to respond in a public comment forum as opposed to taking responsibility.”

The legislation was placed on the chief clerk’s desk in the Assembly on Monday, which means that though the proposal could technically be revived, it is likely to die without a vote.

Jara has maintained the district did not support the bill, even as evidence suggests otherwise. The Las Vegas Review-Journal reported that the Clark County School District had sent emails to Frierson and Ebert requesting the issue be placed on the special session agenda.

Jara released a lengthy statement late Tuesday afternoon, saying he regretted the discussion Monday "deterred the conversation away from education." He didn't specifically address accusations of dishonesty but noted his job as superintendent of the nation's fifth-largest school district has been "especially tough" amid the pandemic, social unrest and budget crisis.

"As a Latino man who came to this country as a child and worked his way out of poverty through the attainment of education, I understand what the decisions we make in the next few weeks mean for the children we serve," he wrote. "It is something that I am unapologetically passionate about. But I want to be clear that I want to work hand in hand with our state leaders to find the right solutions for maintaining fiscal responsibility while at the same time giving our children and their families what they need to be successful."

Jara went on to say leaders need to work together in "true collaboration." He pointed to the digital divide and COVID-19 testing for employees as examples of issues that need the help of federal CARES Act funding.

"We stand ready to continue the discussion," he wrote at the end of his statement. "Our kids are counting on us to get this right."

It’s the latest friction point between the leader of Nevada’s largest school district and the state education department. When COVID-19 shuttered schools in the spring, tensions escalated when the Clark County School District did not submit a distance learning plan to the state education department by the deadline. Clark County was the only district in Nevada to not complete the task on time.

Jara blamed the delay on the district’s inability to guarantee distance education for its 320,000 students. The district, however, ultimately submitted a plan that was approved by the Nevada Department of Education.

And nearly a year ago, Sisolak excoriated district leaders, including Jara, over a breakdown in negotiations for additional teacher pay. The impasse almost led to a teacher strike heading into the 2019-2020 school year.

Jara, who began his tenure as superintendent in June 2018, has received local criticism for the district’s reopening planning process. A hybrid option, which would have students attending school in person two days a week and working from home the other three days, drew swift condemnation by many parents and educators who expressed concern over issues such as child care and transportation.

Last week, the Clark County School Board approved the district’s proposed reopening plans, including the hybrid model, but left the door open for changes. Trustees are expected to convene for a special board meeting in the coming weeks to discuss possible tweaks.

All of this comes during a crisis point in education as leaders on the federal, state and local level discuss how to safely resume school for the upcoming year. And, on top of that thorny debate rife with health and academic concerns, the pandemic-related closures have left gaping budget holes, which likely will mean cuts for K-12 education. The governor has proposed cuts to categorical funding programs that would affect some of the district’s most vulnerable students.

State lawmakers, however, have not made any final decision about budget cuts. They’re on day seven of a special legislative session.

This story was updated at 5:30 p.m. to include a statement from Clark County Superintendent Jesus Jara.