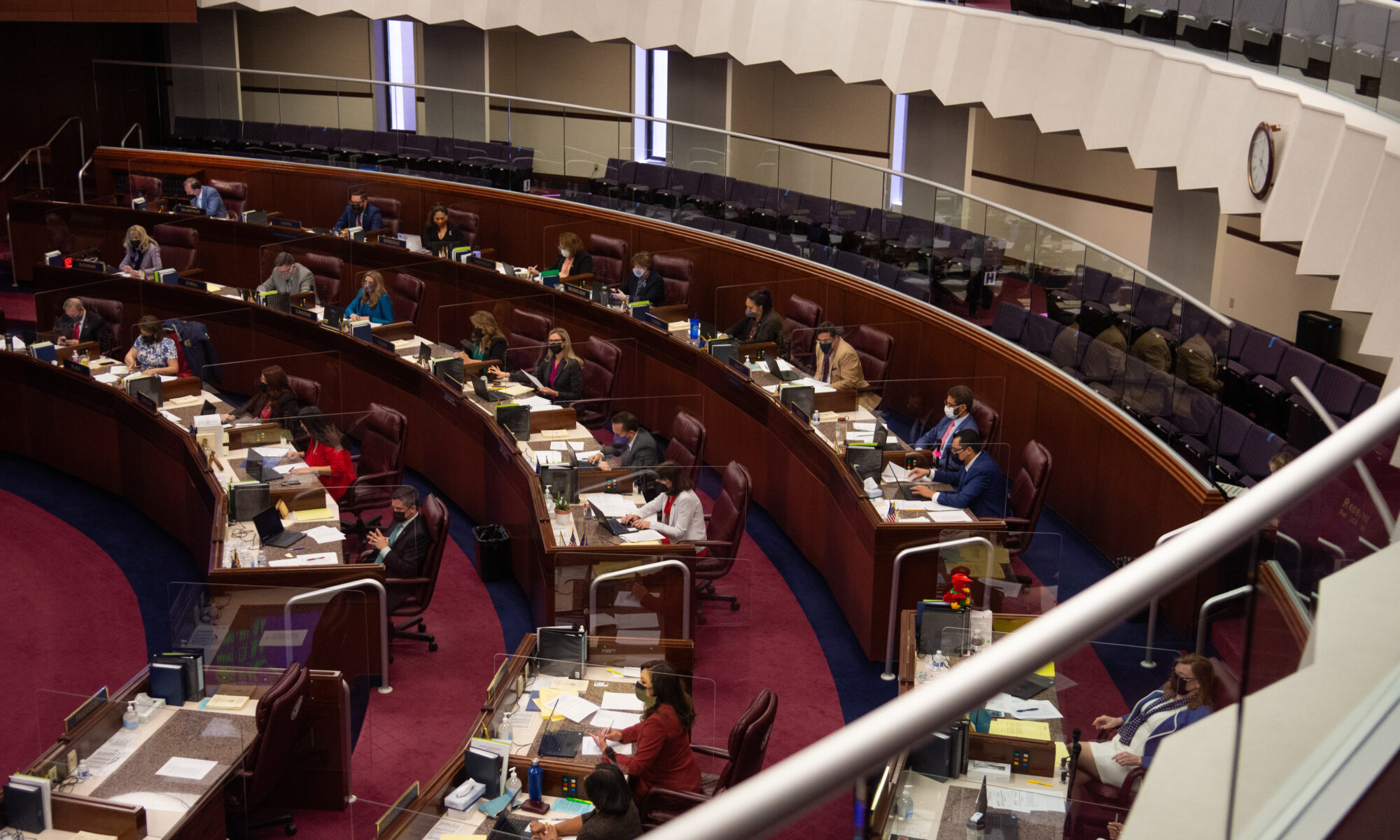 Gov. Steve Sisolak has announced a long-anticipated redistricting special session starting Friday, during which state lawmakers will draw Nevada’s congressional and legislative maps for the next ten years.

The Thursday announcement gives state lawmakers less than a day to pack their bags and head up to Carson City. Officials hope to have the process wrapped up in time for the Thanksgiving holiday.

“I look forward to an efficient and productive session to fulfill the constitutional obligation ensuring representation is reflective of our population according to the latest Census figures,” Sisolak said in a statement.

Sisolak’s office said the actual proclamation calling the special session will be issued on Friday morning, as state offices are closed Thursday for Veterans Day. In addition to redistricting and reapportionment of districts, Sisolak’s office also said the Legislature would consider a “temporary” adjustment to the candidate filing period for judicial candidates, pushing it back from January to March, when non-judicial candidates are required to file for office.

The announcement comes on the heels of Democratic lawmakers releasing their own proposed maps of congressional, legislative and Board of Regents districts, which would shore up Democratic advantages in voter registration in key, swingy congressional and legislative districts.

"A 4% Democrat advantage in voter registration is not grounds for super majorities in both chambers," she said in a statement. "Nevadans need to pay attention and participate during this redistricting Special Session.”

Redistricting is a highly technical, politically fraught process required every 10 years under federal and state law to balance and reapportion the population of legislative and congressional districts through the redrawing of their boundaries.

It’s a process that affects whether elected representatives’ policies reflect their constituents’ values, shapes how much power individual voters have and can determine whether an incumbent remains in office. The contentious process also leaves room for political gain through “gerrymandering,” or drawing districts that unfairly give one group a leg up in elections.

The state’s existing political districts, drawn by a court-appointed panel of three special masters in 2011, are generally considered fair. But getting to those maps took years of incremental changes and pushback against practices resulting in unequal representation, from incumbent protections, wide variances in population between districts and the practice of granting every county a state Senate seat, which was ended less than 60 years ago.

As state lawmakers embark on the once-a-decade process of drawing new political boundaries, the only requirements they must follow are using census population counts as outlined by the state Constitution and ensuring new boundaries are in compliance with the Voting Rights Act and the federal “one person, one vote” mandate calling for equal distribution of the population among districts.

Outside of these regulations, the Legislature can determine other factors to prioritize when they convene for the special session. Those components can include racial equity, contiguity, compactness, preserving existing political subdivisions such as county and city boundaries, protecting incumbents and maintaining “communities of interest,” or groups that share common values and voting preferences.

While the governor holds veto power and redistricting plans can be challenged in court, lawmakers have the ultimate authority to draft and enact district maps.

Since Nevada’s congressional and legislative districts were last redrawn in 2011, the state’s population has changed dramatically. From 2010 to 2020, Nevada’s population increased by more than 400,000 people, fueled by a surge of Latinos and other racial and ethnic minorities in Clark and Washoe counties. But that growth was uneven from district to district, underscoring the need to redraw congressional and legislative maps with balanced populations and racial equity in mind.

Legislative Counsel Bureau Research Director Michael Stewart said during a community redistricting meeting last month that lawmakers will face a number of challenges during the redistricting process, including reconciling boundaries with the state’s “tremendous population growth.” He added that lack of institutional knowledge could also prove to be a difficulty as very few legislators have been through a redistricting cycle already.

Because former Lt. Gov. Kate Marshall resigned in August to take a position as the White House’s senior advisor to governors within the Office of Intergovernmental Affairs, the state Senate President Pro Tempore Mo Denis will preside over the state Senate.

For background on how the process will affect Nevada, read The Nevada Independent’s three-part series on redistricting. The first part is an explanation of why the process matters. To learn about Nevada’s tumultuous redistricting history, from lawsuits to the “session from hell,” read part two. Finally, take a deep dive into the state’s demographic changes since 2010 and look at how uneven population growth could mean significant shifts in political boundaries in the third installment of the series.