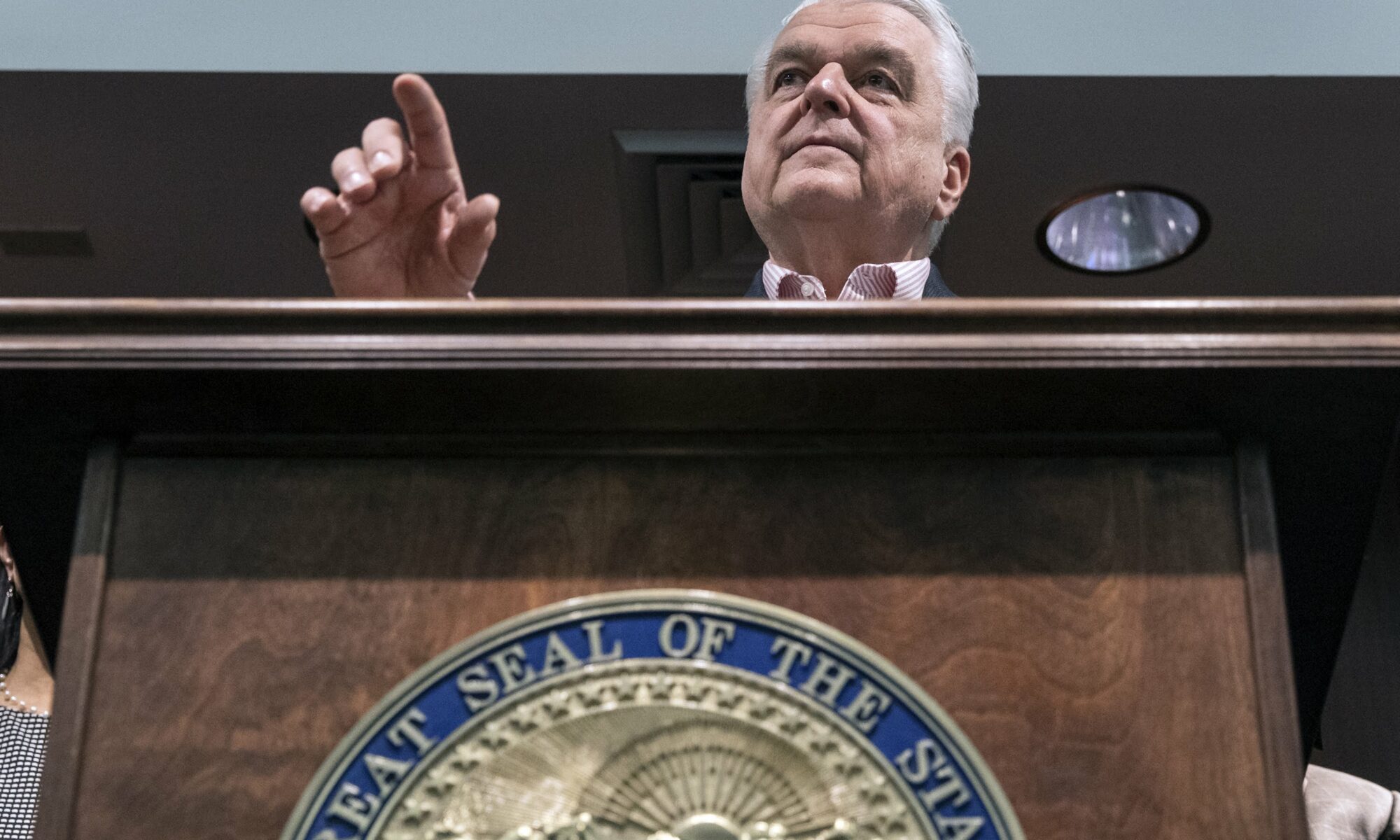 Gov. Steve Sisolak says he’ll propose furloughs of one day a month for state employees, as well as a freeze in merit salary raises and fewer than 50 layoffs to help address the state’s pandemic-related budget shortfall.

Sisolak sent an email and video message to state employees on Thursday morning. In it, he details a shortfall of nearly $900 million in the fiscal year set to end June 30, and then another revenue shortfall of $1.3 billion the next fiscal year, out of an annual general fund budget of about $4.5 billion.

“It is with a heavy heart I must propose these actions,” Sisolak said in the message, noting he will continue to work with the federal government to secure more relief and preserve public services. “I know for many state employees, layoffs, furloughs, and budgets cuts are all too familiar and create tremendous hurdles in the work of serving our State.”

Shutdowns of non-essential businesses aimed at curbing the spread of coronavirus, including 11 weeks of a total shutdown of gaming, has dramatically suppressed revenue flowing into the state’s general fund. Lawmakers have applied more than $400 million from the state’s rainy day reserve fund to address the matter, and the state has secured $1.25 billion from the federal government to support hard-hit state and local agencies.

Sisolak had already asked agencies to propose two rounds of budget cuts in response. He unveiled a plan on Tuesday to revise the budget and close a gap of several hundred million dollars.

He said his staff has made it a priority to reduce layoffs and whittled the list of about 450 anticipated layoffs to less than 50, although he didn’t reveal where the reductions would happen. Hundreds of empty positions are being kept vacant in the coming fiscal year to preserve existing jobs, he said.

State employees’ health and retirement benefits will not be affected, he said.

The president of AFSCME Local 4041, which represents some groups of state employees under Nevada's new law allowing for state employees to collectively bargain, said state employees deserve more of a voice in the decision and "cannot suffer another round of devastating cuts to public services like we did just 10 years ago. "

"Public service workers are essential to strengthening our economy and helping all Nevadans get back to normalcy. We can do neither if we are laid off or asked to take furloughs," said President Harry Schiffman. "When our state falls on hard times, state employees are always the first to be asked to make sacrifices. State employees have been completely shut out of any discussion regarding our working conditions and we demand a say before any decisions about our work and lives are made.”

The law allowing state workers to collectively bargain reserves for the governor the final say on any decisions about pay.

Sisolak thanked state staff for their work in helping flatten the curve of COVID-19 and expressed disappointment that the economic crisis had “forced us to take a different direction with our state budget.”

“Prior to the pandemic, the State had begun the momentous task of formulating ways to implement a child, family and community-centered Nevada government,” he said. “Believe me, I wish we weren’t faced with this difficult situation, and I wish I didn’t have to write this letter.”

Sisolak Letter to Employees - Furloughs by Michelle Rindels on Scribd