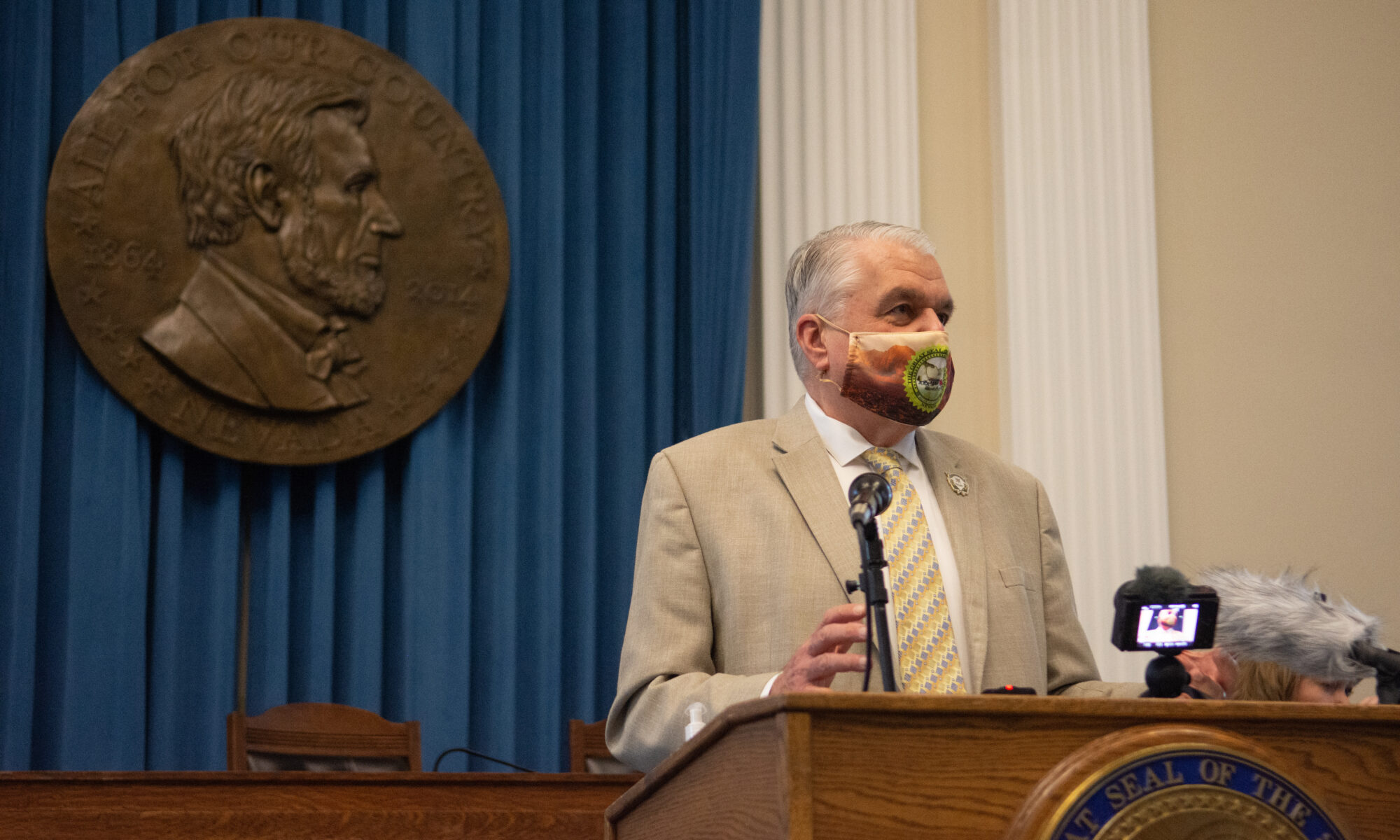 In a scathing letter, Gov. Steve Sisolak condemned President Donald Trump's “callous disregard for our emergency directives” by hosting two in-person rallies in Nevada over the weekend in spite of the ongoing pandemic.

The letter, addressed to Vice President Mike Pence, who leads the White House coronavirus task force, called out the president for violating state emergency directives and federal public health guidelines, potentially increasing the spread of COVID-19 in the state. Trump held an outdoor rally at the Minden airport on Saturday and an indoor event in Henderson on Sunday; many of the thousands of attendees were seen congregating close together and without masks.

"You can imagine my confusion and utter disbelief over the contradictory and dismissive behavior demonstrated by the president this last weekend," Sisolak's letter began, continuing on to call the president's decision to host rallies an "insult to those Nevadans who sacrificed in the name of public health."

The governor first mentioned the letter to the vice president on Wednesday during a teleconference call with the media about COVID-19.

Reports of coronavirus in Nevada have decreased in recent weeks, but during a press call Wednesday, Washoe County Health District Officer Kevin Dick predicted an uptick in cases in the next week or two. The increased cases could be linked to bars reopening in Washoe County on Thursday, Labor Day weekend gatherings and the Trump rallies, which have been called super-spreader events.

Dick called the political rally “frustrating” and echoed similar sentiments to those expressed in the governor’s letter, adding that he was worried about the effects of the rallies on the local community.

“Many people in our community have made tremendous sacrifices to do their part to try to prevent the spread of the disease, and then we see that kind of irresponsible behavior occur where we know that that’s going to contribute to disease transmission,” Dick said.

Sisolak asked whether the White House could explain Trump’s actions and say whether they were acceptable. He also indicated the events could come at a cost to the state if they prompt an uptick in cases.

“With the President’s blatant disregard and lack of accountability for his own administration’s professional medical advice, I would ask what additional support Nevada can expect to receive from the Federal government to ensure it can effectively combat this deadly virus now that the President has undoubtedly risked an increased spread in two of our communities?” Sisolak wrote.

On the media call Wednesday, Sisolak said he was disappointed in Douglas County for allowing the rally to happen in Minden in spite of the statewide limit on gatherings of more than 50 people. He added that he was consulting with the attorney general’s office about how to proceed, but couldn’t say whether he would try to revoke the county’s CARES Act funding in response.

Despite receiving a warning from the city of Henderson that the rally in Southern Nevada was “in direct violation of the Governor’s orders,” Ahern Rentals hosted the rally in a warehouse and was subsequently fined $3,000 by the city for violations observed during the event.

At the rallies, Trump described the gatherings as “peaceful protests” — a nod to arguments that large demonstrations have been allowed to proceed during the pandemic. He has been unapologetic about holding the events, telling the Las Vegas Review-Journal that he wasn’t concerned about getting sick from the indoor rally because “I’m on a stage and it’s very far away.”

“I am beyond frustrated at the lack of clear, concise, and consistent messaging from the President on how to behave during this public health crisis,” Sisolak wrote.

The White House did not immediately respond to a request for comment.

Michelle Rindels and Savanna Strott contributed to this report.

This article was updated at 2:30 p.m. on Wednesday, September 16, 2020 to add in reporting from Savanna Strott on the Washoe County Health District call.

Sisolak to VP Pence Re CV T... by Tabitha Mueller