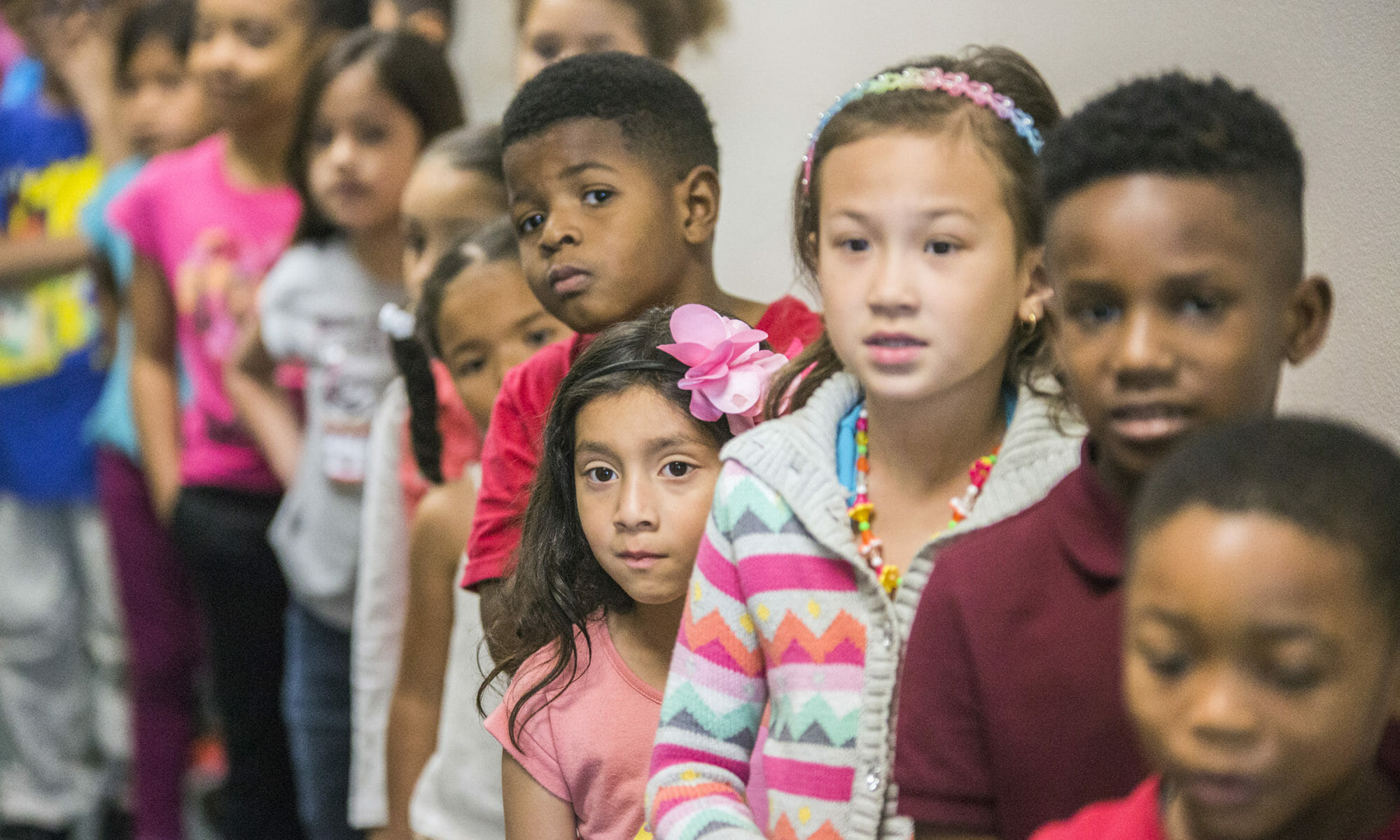 As the battle over a voucher-style program looms in the Legislature, about 100 people on Saturday morning listened to researchers explain why that concept might not boost student achievement.

The Nevada State Education Association, which strongly opposes a controversial plan to resurrect Education Savings Accounts in Nevada, organized the town-hall event. Christopher and Sarah Lubienski, who authored “The Public School Advantage: Why Public Schools Outperform Private Schools,” kicked off the event by describing their research.

Using a national database of test score information, the Lubienskis examined how students from similar socioeconomic backgrounds fared — from an academic standpoint — in public and private schools. They looked specifically at math scores because students’ math proficiency is more heavily influenced by school experiences as opposed to what they learn at home.

When stripping down the math data for fourth-grade and eighth-grade students from similar demographics, they found that students generally performed better in public schools.  The couple’s findings were published in January 2006. Later that year, the U.S. Department of Education released a study that came to similar conclusions.

“The premise for vouchers is actually misplaced,” Christopher Lubienski said. “The assumption that private does better falls apart when you start to look at the data.”

The discussion gave attendees — many of whom were teachers or school administrators — a one-sided look at the school-choice debate that’s raging across the country. Voucher advocates say the programs give parents choice and inject more competition into the education marketplace, forcing public schools to improve as a result. But critics argue vouchers siphon taxpayer money to private schools that largely serve more affluent communities, leaving public schools with fewer resources to serve needier students.

The debate has been brewing in Nevada since the 2015 legislative session when the Republican-controlled Legislature approved and Gov. Brian Sandoval signed a bill that created Education Savings Accounts, which would give parents more than $5,000 in state funds to put toward education-related expenses such as private schooling or tutoring. The controversial legislation was hit with two lawsuits.

Last summer, the state Supreme Court determined that the program itself was constitutional but the funding mechanism was not. The future of the ESA program is poised to be one of the most divisive issues of this year’s legislative session.  Sandoval pledged $60 million toward the program in his proposed budget, but Democrats now control both houses of the Legislature.

Republican Sen. Scott Hammond and the governor’s office have introduced two identical bills — SB359 and SB506 — regarding the ESA program. No hearings have been scheduled, although Democratic leaders said they would not hold a hearing on Hammond’s bill.

“We have been presented with, in my estimation, an ugly opportunity to take all the money out of public education and divert it to private schools,” he said. “As we talk about finding additional funding and supports for public education, the last thing we need is to divert money from public schools.”

The ACLU of Nevada, the Culinary Union, Battle Born Progress, Educate Nevada Now and For Nevada’s Future helped sponsor the event. It wasn’t the only education-minded gathering yesterday, though. The Clark County Education Association, which serves as the local teacher’s union, hosted a separate town hall regarding the weighted funding formula — another hot topic at the Legislature this year that would allot more per-pupil dollars to students with extra needs.