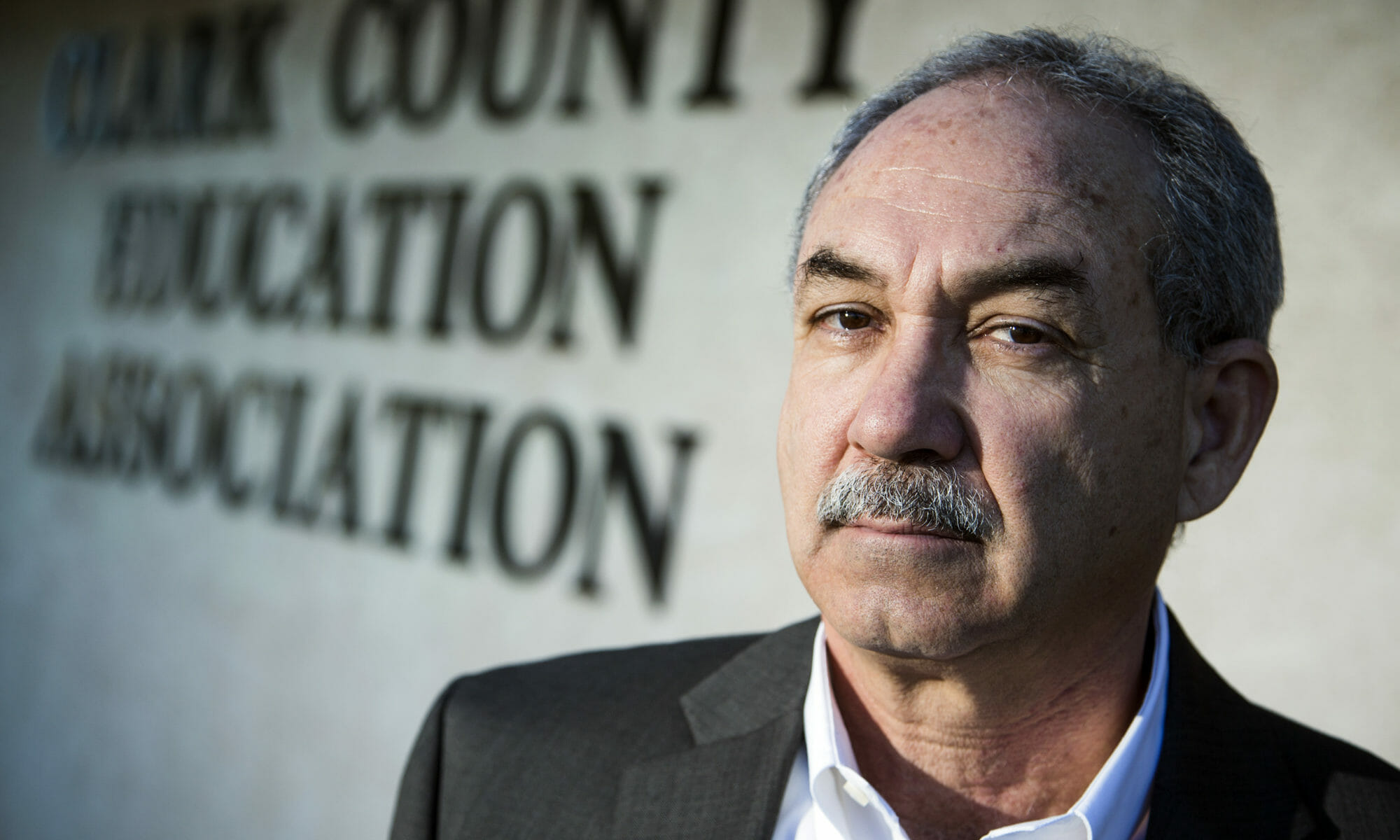 UPDATED, 3:15 PM, 3/22/17:  Clark teachers union chief boss John Vellardita had this to say about the state teachers union after reading this piece: "They'll be out of business in two years. You can quote me on that."

Four days after the Clark County Education Association released an ad taking an oblique shot at Democratic leaders for emphasizing the minimum wage over education funding, the state teachers union has emphatically disagreed.

The public discord once again highlights very different agendas between the two unions, with CCEA boss John Vellardita known to be close to GOP Senate Leader Michael Roberson while the NSEA traditionally has backed Democrats. The rift has, sources said, irritated and flummoxed Democratic leaders.

In a clear response to the ad that Democratic leaders had to see as a criticism of their priorities, Nevada State Education Association chief Ruben Murillo said, "(NSEA) supports increasing the minimum wage to ensure a livable wage for all Nevadans. NSEA believes that there is no tension between raising the minimum wage and increasing education funding—the Legislature should pursue both at the same time. We reject any argument that one goal should be pursued at the expense of the other. This is not a time for crass political triangulation, it is time for concerted action to help working Nevadans and their children. We stand with our national organization—the National Education Association, the Nevada AFL-CIO, SEIU, AFSCME, and our other union allies in supporting the Fight for $15 campaign."

Crass political triangulation? Thy name is John Vellardita. Or so Murillo is saying.

Not sure I have ever seen this kind of public rift between two teacher unions. And in the middle of a legislative session.