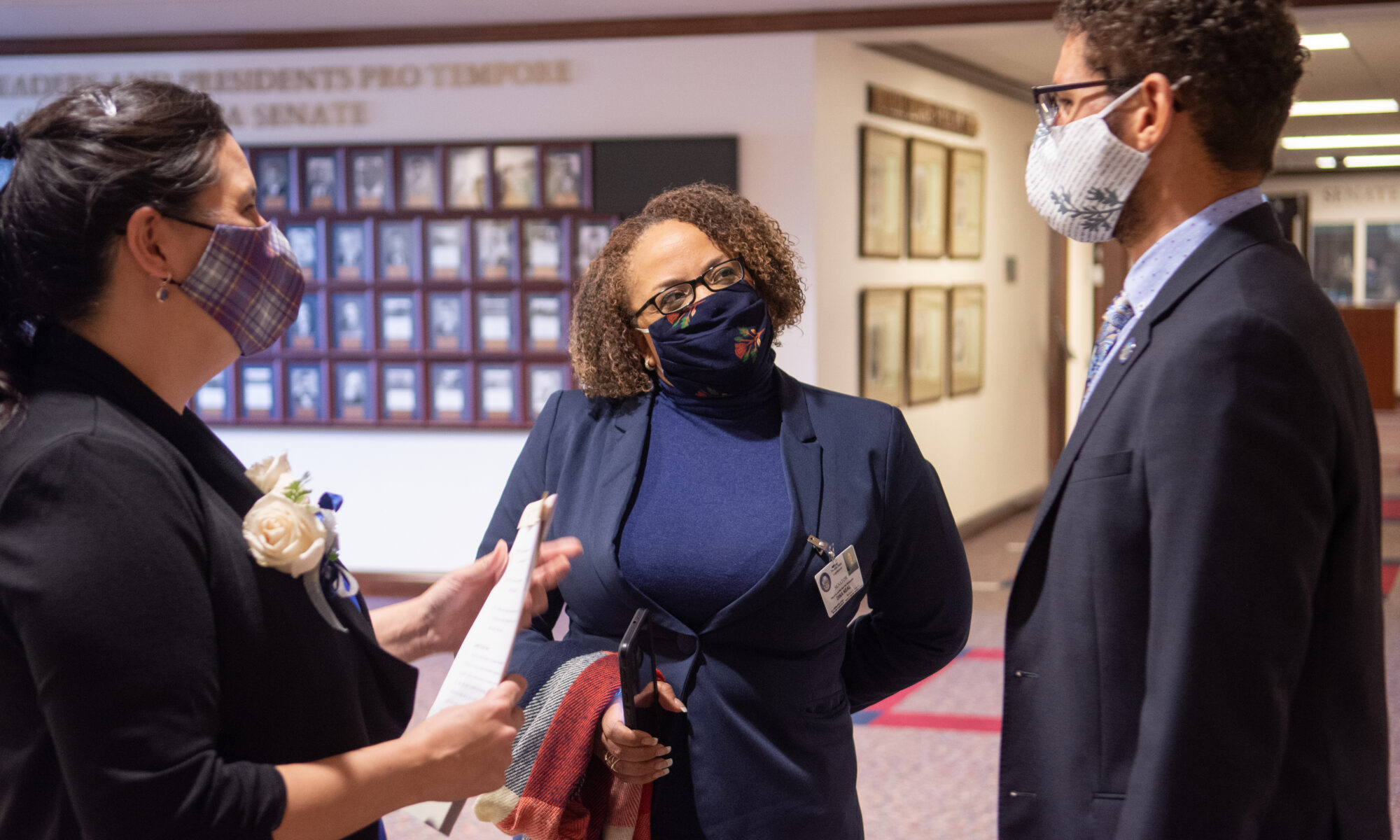 State Sen. Dina Neal (D-Las Vegas) opened her bill presentation on Thursday recalling her experience with how the hiring of a caregiver to help take care of her ill father for several hours a day had helped support her family.

“When I came into session, I realized that SB340 was going to give a voice to the women that I encountered and all the other workers – men and women – who do this work,” Neal said – her father, former Sen. Joe Neal, passed away last December. “It became a bill that became personal for me, because I understood the level of work that they do and the level of impact that they have upon families.”

Neal’s bill, SB340, would establish the Home Care Employment Standards Board to set wage and working conditions for the nonmedical home caregiving industry. Neal said the board would allow the workers a “seat at the table” to discuss the issues with their employers.

An assessment of the Nevada personal care workforce published in September 2020 by the Guinn Center, a nonpartisan research center, found that one in two workers leaves the job within a year of taking it, and that the median hourly wage of a personal care aide is $11.07.

Neal said she was offered the option to pay her aide between $15 and $22 an hour.

“I selected to pay $22 an hour to have a woman come in, roughly three hours a day… because I wanted someone with more skill and I wanted someone who was going to come in and really assist,” Neal said. “I wanted to make sure they were paid well for the 15 hours a week that they were coming, and that it was enough for them to be able to take care of themselves.”

The board would also be responsible for conducting investigations on whether employers are complying with the established standards — setting penalties for violations at a fine of not more than $1,000. Although the Department of Health and Human Services already regulates the industry under Nevada law, supporters of the bill say it would create a more consistent practice between employees and agencies.

“There are some compliance [regulations] in place; they are implemented sporadically. There is no consistency across the board,” said Marlene Lockard, a lobbyist for the Service Employees International Union (SEIU), which represents 19,000 health care and public workers across the state. “Enforcement is a piece that we also need to bring together for those compliance directives already in statute.”

Opposition to the bill mainly came from workers and member agencies of the Personal Care Association of Nevada (PCAN). Most argued that it is redundant as Nevada law already has certain regulations governing the industry, and feared the board would overregulate them instead of reprimanding actual bad actors.

“PCAN is opposed to SB340 because it gives wide-reaching authority to a volunteer, unpaid Home Care Employment Standards Board … allows for investigation regarding wages, hours, working conditions beyond what is found in [Nevada Revised Statutes],” said Connie McMullen of PCAN. “SB340 is not the answer over statutes currently in place and does not address the care of our most vulnerable population. The state needs to work with the Division of Public and Behavioral Health to assure regulations in place are reinforced, not revise the entire chapter.”

The Assembly Committee on Commerce and Labor passed the measure on Friday, with Republican members voting against it. The bill previously received a party-line 12-9 vote in the Senate.