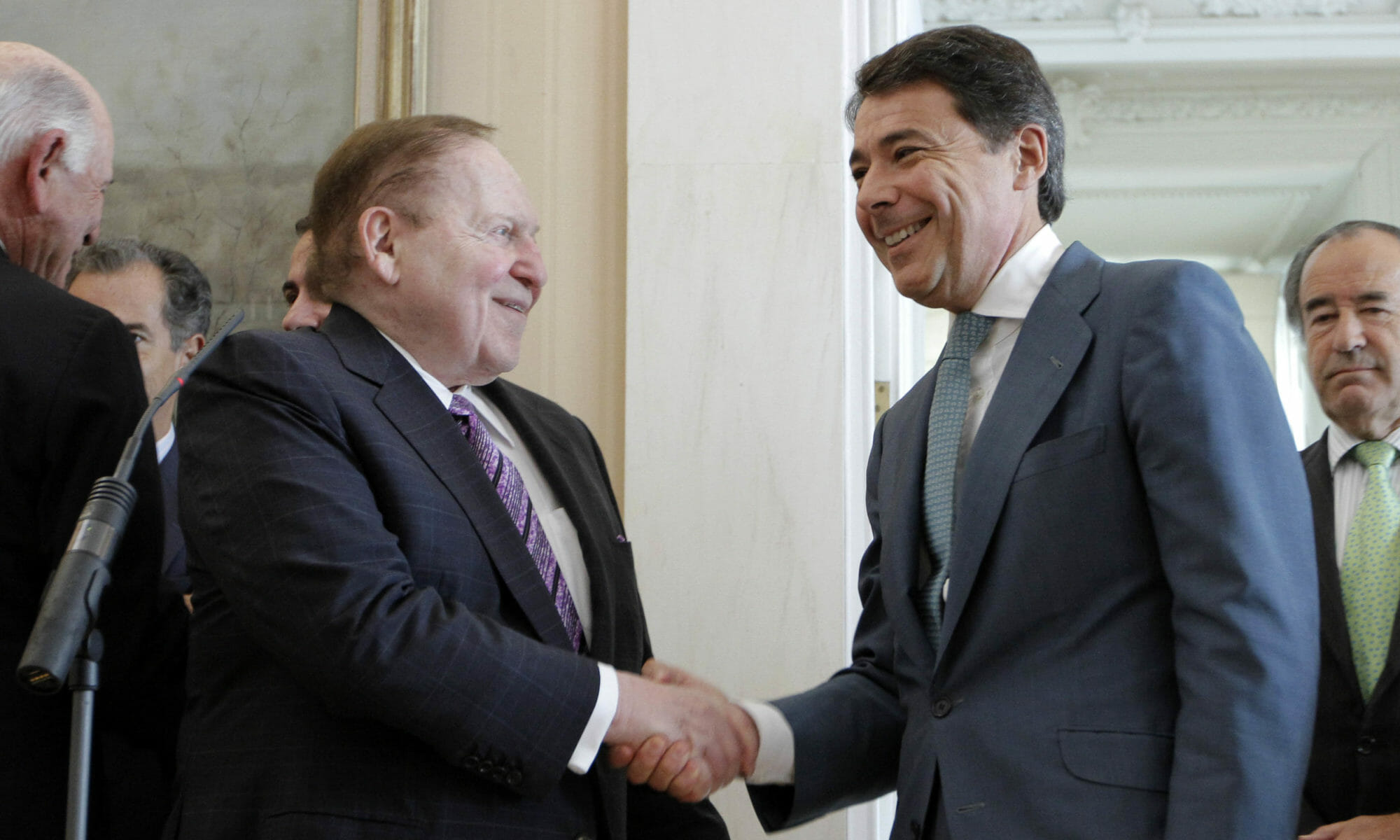 The defamation suit filed in 2013 by Las Vegas Sands Chairman Sheldon Adelson against The Wall Street Journal reporter Kate O’Keeffe was settled in January, but a question remains:

Is Adelson “foul-mouthed,” or not?

O’Keeffe described Adelson in a 2012 WSJ profile as a “scrappy, foul-mouthed billionaire from working-class Dorchester, Mass.” Adelson claimed to be so deeply damaged by being labeled “foul-mouthed” that he dispatched his legal minions to defend his honor.

Perhaps you are among those who believe a litigious billionaire whose company has paid many millions to settle federal criminal and civil investigations into possible money laundering and violations of the U.S. Foreign Corrupt Practices Act would have weightier priorities than being referred to as a former street-corner scrapper with a potty mouth. But life is strange.

Some skeptics immediately surmised that what really ticked Adelson off most was O’Keeffe’s fearless reporting on lawsuits that raised troubling questions about Sands  business practices in the enormously lucrative Macau casino market. That O’Keeffe was sued personally and the publication in which the article appeared was not part of the litigation fueled that skepticism. Nor was the article’s co-author named in the lawsuit. And the fact O’Keeffe was sued in Hong Kong, where the defamation laws have been politely described as “plaintiff friendly,” only added to the suspicion she was being bullied to send a message to other reporters seeking to shine light on some of Macau’s darker shadows.

If Adelson was indeed foul-mouthed, surely his former driver Kwame Luangisa would have heard something in the years he spent chauffeuring the billionaire around Las Vegas. Luangisa filed a complaint in Nevada federal district court against Adelson in 2011 alleging violations of the Fair Labor Standards Act and engaged in a bruising litigation that ended in a confidential arbitration. O’Keeffe’s attorneys sought to take his deposition and informed Adelson’s attorneys before serving Luangisa with a subpoena 10 days later.

In response, Adelson’s advocates on behalf of Adfam, the family’s Delaware limited liability company, went after Luangisa. He was sued for supposedly violating the confidentiality agreement that governed his former employment by failing to inform them of the attempt to depose -- something they already knew about.

With pro bono representation from attorneys at Campbell & Williams, a firm that had locked horns with Adelson several times over the years, Luangisa sat for his deposition.

Once Luangisa gave his sworn testimony, it must have become clear even to Adelson’s advocates that their boss had no case against O’Keeffe. And so after all that legal hassle and harassment, the O’Keeffe case was settled. Attorneys then sought to dismiss the case against Luangisa, which his attorney’s had deemed “frivolous.”

Not so fast, the limousine driver’s attorneys counter. Although they represented Luangisa for free, they’re arguing that Adelson’s bad faith litigation is an exceptional case that deserves punishment and an award of attorney’s fees.

Philip Erwin, a partner at Campbell & Williams, is a member of a team of attorneys representing Luangisa. Erwin argued in a motion filed Feb. 7 in U.S. District Court that the treatment of his client is part of a pattern of legal abuse through frivolous litigation.

That sounds awfully familiar to me. Adelson sued me for defamation and forced me into bankruptcy, then voluntarily dismissed the case with prejudice after the meritless nature of his claims was illuminated. I was represented in the case pro bono by attorney Donald Campbell, who is working with Erwin on the Luangisa case.

While a judge will decide whether Adfam acted in bad faith deserving of sanction, Luangisa’s Sept. 20, 2016 deposition appears to settle the question of whether Adelson occasionally litters his speech with foul language.

In a bit of hall-of-fame understatement, Luangisa called his tenure as Adelson’s driver “very stressful.” He detailed a time late in his employment when an accident on the Strip stalled traffic and sent Adelson into a tirade. When Luangisa tried to proceed cautiously, he described being pelted with epithets and insults. He said he only rarely heard Adelson drop the f-bomb, but he often spewed other off-color words.

“And I know I told him I couldn’t make a right, there’s a truck,” the driver recalled. “And he said bullshit, you should have made it earlier, or something. That kind of stuff.”

“Basically when you’re with him and driving him, he likes to be like he’s driving,” he said. “You know, make a left, make this. And if you don’t do exactly what he says, then he’ll kind of attack you.”

Luangisa went through a list of a few curse words and denigrations he experienced as the chauffeur of one of the world’s richest men, his testimony making the litigation against the reporter ever more farcical. “Mr. Adelson was mad at me almost every day,” he said.

And the boss peppered his speech with epithets of one degree or another, which of course only made him like a lot of other demanding bosses in the world.

Erwin noted in a motion that Adelson had not attempted to keep Luangisa’s deposition confidential in the O’Keeffe case. “Put another way,” he wrote, “Mr. Adelson sued Ms. O’Keeffe for defamation in Hong Kong and obstructed discovery related thereto in federal courts across the country for years only to walk away with nothing.”

But one man’s use of the language wasn’t really what the O’Keeffe suit was all about. Adelson has once again provided an example of how the wealthy use their wallets to bully and harass journalists and others who dare to question their corporate and public acts.

It’s important to remember that Adelson isn’t just a multi-billionaire. He’s also a Nevada gaming licensee, a national political power player and kingmaker, and an international businessman with the highest connections in the U.S. and Israel. He dines with President Trump one week, Prime Minister Netanyahu the next. Adelson’s endless millions move the political meter in America and elsewhere.

If such men are beyond the scrutiny of a pugnacious and probing press, it’s truly something to curse about.