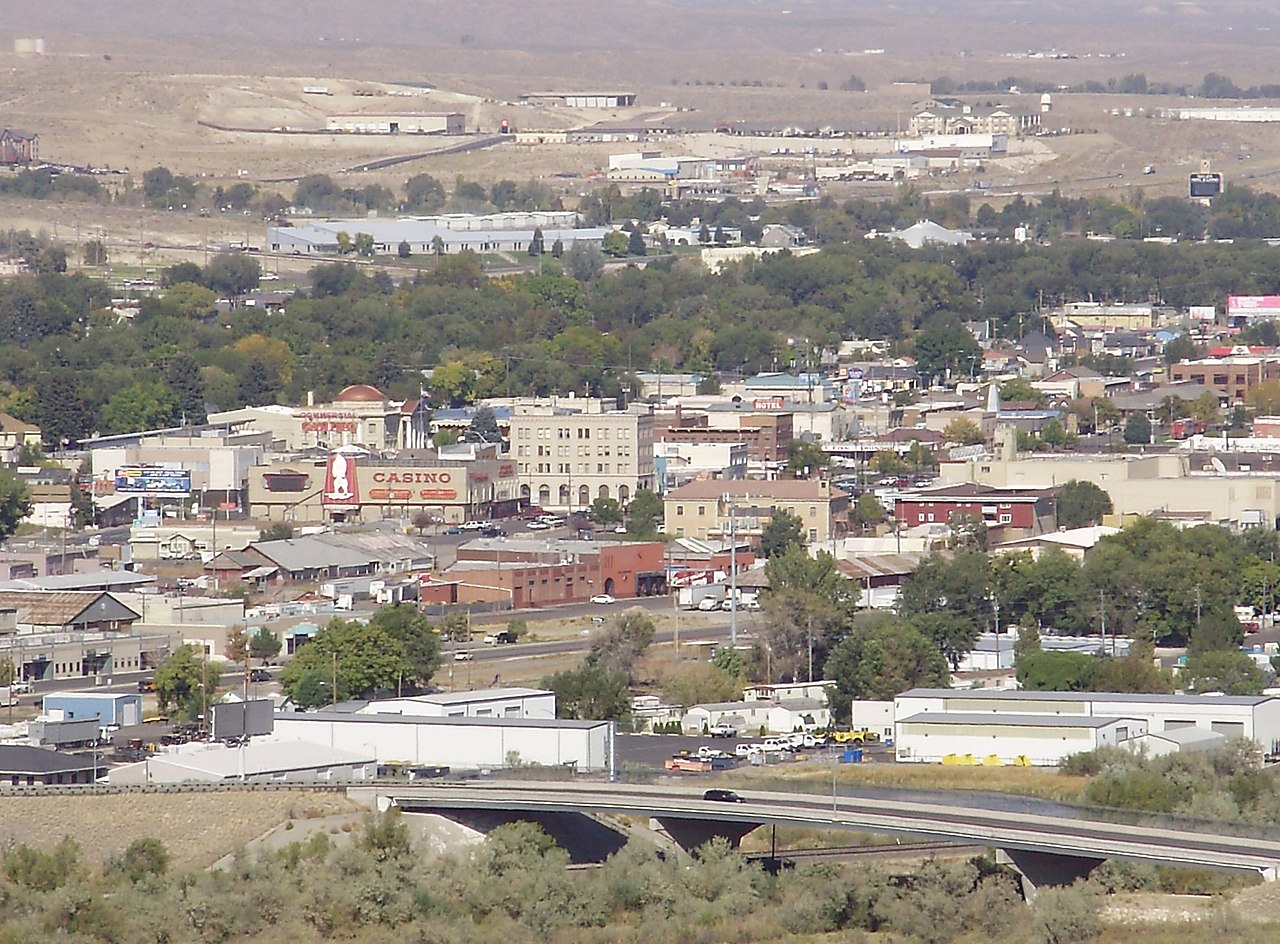 A little over a week ago, the Elko County Commission voted in favor of preparing an ordinance against allowing door-to-door solicitation of COVID-19 vaccines in unincorporated Elko County. Procedurally, this means it’s not yet a violation of county ordinances to go door-to-door in, say, Tuscarora or Jarbidge and ask residents if they would like to be vaccinated, but the county commission would appreciate it if their staff would write an ordinance which would empower them to do something about that.

Elko’s county commissioners were neither the first nor the last elected representatives to pander to their Republican base since President Biden announced his administration would go door-to-door to improve vaccination uptake — Rep. Madison Cawthorne, for example, claimed the door-to-door effort would lead to the inevitable confiscation of Bibles and guns. Nor were Elko’s county commissioners the first to call for legal penalties against those going door-to-door to encourage vaccination — Floridian state Representative Anthony Sabatini demanded the arrest of any federal employees participating in the door-to-door effort, and South Carolina Gov. Henry McMaster called on his state’s board of health to issue a directive preventing state and local health care organizations from knocking on people’s doors to promote vaccines.

Elko County, however, bills itself as a “constitutional county.” To quote Resolution No. 2021-19, “any conduct contrary to the United States Constitution, Declaration of Independence, or the Bill of Rights will be dealt with as criminal activity” within the University of Nevada’s original home county. Trouble is, the Supreme Court has been quite clear — though municipal and county governments are empowered to pass laws limiting door-to-door solicitation, they are not allowed to restrict door-to-door speech based on its content. Consequently, passing an ordinance which prohibits door-to-door speech in favor of vaccines — especially if door-to-door canvassing against COVID-19 vaccines remains legal — would be conduct contrary to the United States Constitution.

What do you suppose the odds are that the Elko County sheriff will prosecute the county commissioners for their “criminal activity”?

The constitutionality of canvassing — of going door-to-door to communicate ideas and encourage people to take action in some way — has been clearly protected for decades. According to Cornell Law School’s Legal Information Institute, door-to-door solicitation has been explicitly constitutionally protected since at least 1943, when, in Martin v. City of Struthers, Justice Black wrote:

For centuries it has been a common practice in this and other countries for persons not specifically invited to go from home to home and knock on doors or ring doorbells to communicate ideas to the occupants or to invite them to political, religious, or other kinds of public meetings. Whether such visiting shall be permitted has in general been deemed to depend upon the will of the individual master of each household, and not upon the determination of the community. [Emphasis added.] In the instant case, the City of Struthers, Ohio, has attempted to make this decision for all its inhabitants. The question to be decided is whether the City, consistently with the federal Constitution's guarantee of free speech and press, possesses this power.

The answer, the Supreme Court decided, was no:

Freedom to distribute information to every citizen wherever he desires to receive it is so clearly vital to the preservation of a free society that, putting aside reasonable police and health regulations of time and manner of distribution, it must be fully preserved. The dangers of distribution can so easily be controlled by traditional legal methods, leaving to each householder the full right to decide whether he will receive strangers as visitors, that stringent prohibition can serve no purpose but that forbidden by the Constitution, the naked restriction of the dissemination of ideas.

However, as Middle Tennessee State University’s The First Amendment Encyclopedia points out, residents also have a constitutional right to privacy, a right which municipalities and counties frequently attempt to defend. Even so, the tools constitutionally available to municipalities and counties to regulate door-to-door speech are strictly limited. Legally, municipalities may regulate the time, place and manner of speech, provided the regulation can survive the three-prong test laid out in Ward v. Rock Against Racism:

Consequently, municipalities can, for example, prohibit door-to-door canvassing late at night, and can also prevent canvassers from using loudspeakers to shout into people’s homes, but they can’t prohibit canvassing in a neighborhood entirely. In fact, as Watchtower Bible and Tract Society v. Village of Stratton made clear in 2002 (a case which former Democratic Attorney General Frankie Sue Del Papa filed an amicus curiae on the losing side of), municipalities aren’t even allowed to ask for a permit from canvassers — after all, what happens if someone decides they want to canvass their neighborhood but the permit office is closed?

The limit on content neutrality is not entirely absolute, though. The Supreme Court has always been more amenable to allowing restrictions on commercial speech, which didn’t even enjoy constitutional protections until 1976. Nowadays, regulations against commercial speech are limited by a four-prong test, which, among other things, permits the government to forbid misleading commercial speech.

Even when regulating commercial speech, however, the government must remain neutral when doing so and must not privilege some corporations over others. For example, a Vermont law which prohibited the sale of medical data for the purpose of selling or marketing a prescription drug, yet still permitted the sale of medical data for other marketing purposes was struck down in Sorrell v. IMS Health in 2011. Additionally, the government must demonstrate that the harms from the speech it seeks to regulate are real and the regulations it proposes will actually address those harms. In Rubin v. Coors Brewing Company, the federal government tried to argue that restrictions against allowing beer labels to display alcohol content would prevent a “strength war” between different distilleries — except no “strength war” ever occurred and the same law prohibiting beer distillers from advertising their product’s alcohol content actually required liquor and wine distillers to advertise their alcohol content.

Elko’s county commissioners are clearly hoping they’ll be able to restrict COVID-19 door-to-door outreach efforts as if it’s commercial speech — that’s why they want to prohibit door-to-door solicitation for vaccines instead of what Mi Familia Vota has been calling their door-to-door efforts in Clark County: canvassing. As Commissioner Steninger (R-Spring Creek) already knows, given that he proposed an anti-solicitation ordinance in Spring Creek in 2017, municipal and county governments are constitutionally prohibited from preventing religious, charitable, or political organizations from going door-to-door and canvassing for support — that’s why his ordinance prohibiting door-to-door solicitation in Spring Creek exempts such activity from being penalized (though whether even that exemption is sufficient to meet constitutional scrutiny is open to debate).

There are, however, a number of problems with this approach.

For starters, Pfizer, Moderna, AstraZeneca and Johnson & Johnson aren’t going door-to-door peddling their brand-specific COVID-19 vaccines — instead, individuals belonging to non-profit organizations are going door-to-door encouraging individuals to get vaccinated with whatever COVID-19 vaccine might happen to be in stock at any given moment. Consequently, it’s extremely doubtful that vaccine canvassing can be legally regulated as commercial solicitation. If people can go door-to-door and ask if you believe in God or ask whether you’re registered to vote, there’s no reason they can’t go door-to-door and ask if you’re vaccinated against an infectious disease — certainly it’s a less personal question than asking for your partisan voter affiliation or the depth and direction of your religious faith.

However, for the sake of argument, let’s assume going door-to-door to encourage individuals to vaccinate was commercial speech. Let’s further assume, for the moment, that the Church of Satan (or Nevada’s very own Church of Bacon) doesn’t do the obvious thing and decides asking random individuals on their doorsteps whether they’re vaccinated against COVID-19 is a sincerely held fundamental religious practice which fully enjoys First Amendment Protection (I’m not not giving them ideas). Could door-to-door solicitation of COVID-19 vaccines be regulated as commercial speech?

The answer is still probably not.

Unless Elko’s county commissioners prohibit all door-to-door commercial solicitation, providers of COVID-19 vaccines could argue they’re facing more restrictions against speech than other for-profit corporations. Additionally, if the ordinance strictly forbids vaccine solicitations, vaccine manufacturers could argue the ordinance unfairly punishes them and privileges the speech of manufacturers of supposed COVID-19 cures, like ivermectin or chloroquine. Finally, in order for Elko’s county commission to regulate commercial vaccine speech, they have to do so to address an actual harm, not a hypothetical one — which means they’d have to demonstrate that the act of asking someone their vaccination status is materially harmful. As each respondent is free to say, “None of your damned business,” and slam the door, that’s going to be a tough hurdle to overcome.

All of this, however, assumes Elko County’s staff actually goes through with drafting political performance art into the form of a county ordinance. This also further assumes there aren’t any attorneys or civil rights organizations setting up a shovel brigade on the steps of the county courthouse ready to fling this proposed piece of unconstitutionally speech-impairing bovine excrement back into whatever right-wing fever swamp it spawned from — at Elko County’s taxpayers’ expense.

If there aren’t, it’s a long drive. They better get started.