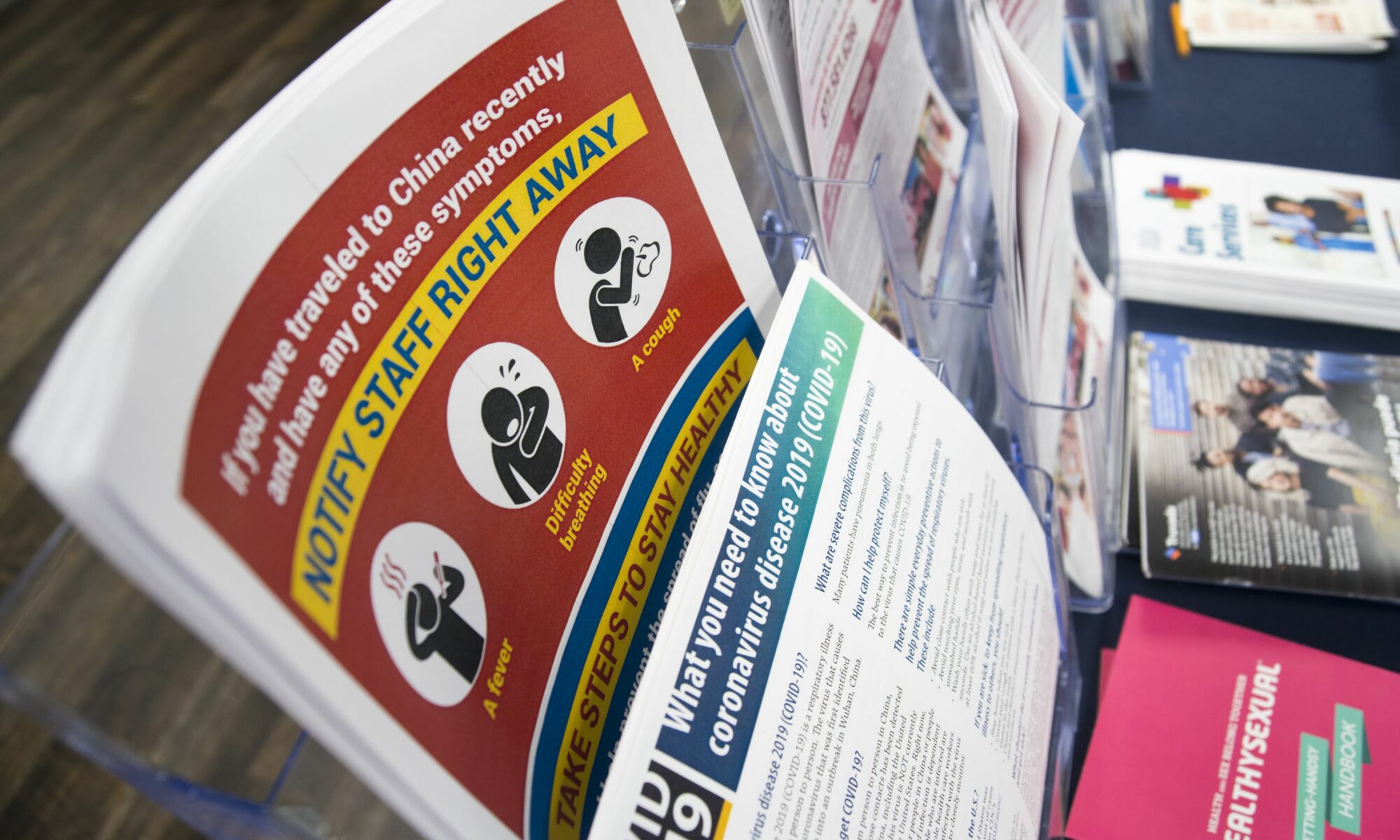 Having survived a pandemic of canvassers, Nevada finds itself beset by yet another round of unwanted visitors knocking upon our doors.

Unfortunately, our newest visitors aren’t young, eager volunteers hoping to talk us into spending a morning caucusing in a gymnasium or classroom somewhere. Instead, they’re rather ferocious viruses in the same family as certain variants of the common cold, in much the same way that Lee Harvey Oswald was in the same family as some undoubtedly very nice people. Naturally, Americans are responding to this threat the only way we know how – by defecating our pants, blaming every foreign country we can name, and getting hopelessly lost in our own inflexible bureaucracies.

In other words, we’re at the “exhausting all other possibilities” part of Winston Churchill’s apocryphal aphorism.

Unfortunately, one of the recurring issues our nation reexperiences over and over again is that the United States is fundamentally an ungovernable country full of ungovernable people that don’t particularly get along well with each other. Cats and dogs can be trained to live together, no matter how massively hysterical such a notion might seem, but Republicans and Democrats? Californians and Texans? Boomers and Zoomers? The Yankees and the Red Sox? Star Wars and Star Trek? Give us liberty from our enemies or give them death!

Another one of the recurring issues our nation reexperiences over and over again is that institutions are not physical laws. You get what you put into them. Put enough garbage in and, sooner or later, you’ll get garbage out.

Put the two lessons together and, sooner or later, tragedy strikes.

What can be said for the United States can also be said for Nevada. Neither Las Vegas nor Reno are particularly interested in being governed by the other, and as for rural Nevada, it’s probably been populated by proudly obstinate people of some sort or another since Beringia was a twinkle in some Altaic nomad’s eye. Since each population fears what any of the other populations would do with a strong, effective state government if given half a chance, Nevada has never experienced one.

Instead of a strong, effective state government, Nevada has usually muddled through with some unusually strong county governments (Clark County is the first and so far only county in the country to build an interstate freeway using primarily its own money) and a series of statutes that selectively apply to, say, counties whose population is 100,000 or more but less than 700,000 (in other words, Washoe County). Where those don’t quite get the job done, whatever industry it is that happens to own whatever Nevada locality it operates out of chips in to fill the gaps – Elko’s parks get built by local mining companies, Lyon County’s library gets books from the brothels, Las Vegas’ casinos build monorails, and Reno gets the formula backwards because Reno enjoys being frustratingly contrarian sometimes.

Under normal conditions, this works well… well enough most of the time. Everybody more or less self-governs, nobody has to do what they’re told, and, most importantly, nobody is actually held directly responsible because nobody knows who to blame for what.

Then something like the Great Recession or COVID-19 happens.

Next thing we know, we find ourselves facing a problem that actually affects all Nevadans (instead of, say, Nevadans living in counties whose population is 700,000 or more) and actually have to do something about it. Together. As a state. It takes a while for everyone, our state government included, to remember how to do that.

Over the past week, the United States has been facing the rarest of rare events – a problem that actually affects all Americans. Our federal institutions have responded by either doing nothing lest they upset someone somewhere, or by stubbornly insisting on doing the worst things imaginable, frequently simultaneously. This, to put things mildly, has been incredibly frustrating and unhelpful.

On the other hand, our nation’s state, local, and private institutions have largely stepped up. Universities and hospitals around the country are frantically ramping up testing. The Folding@home project is encouraging users to sequence COVID-19 at home. Paper manufacturers are manufacturing toilet paper and facial tissues as fast as they can. Recipes for homemade hand sanitizer are being posted. Amazon and the Gates Foundation are working together to get test kits into people’s homes. Mutual aid groups are working together to deliver groceries and other services to those old enough to be at higher risk of serious infection.

In other words, the institutions Americans regularly count on in our day-to-day lives are doing what they’re supposed to do. The federal government just isn’t one of those institutions.

After the Great Recession, Nevadans of all political stripes demanded considerably more competence from its state government and its representatives. Endless fractious special sessions were out. Making a point of collegially finishing legislative sessions on time was in. Affairs with campaign aides and hush money payments to their husbands was out. Quiet moderation was in.

This, after the immediate crisis is over, is an example America would do well to reflect upon.

In the meantime, we don’t get to fight COVID-19 with the institutions we want. Instead, we will combat it, for better or worse, with the institutions we have. What we have in this country are some of the best minds on the planet, many of them directly supplied and funded by some of the richest people in the world. We have state and local governments that are accustomed to working directly and accustomed to being disciplined by the results of their work in every election. We have businesses that focus laserlike on the bottom line and need society to function to stay in the black. Unfortunately, we also have a federal government that thinks it’s in charge because it has the power, but not the competence, to be in charge.