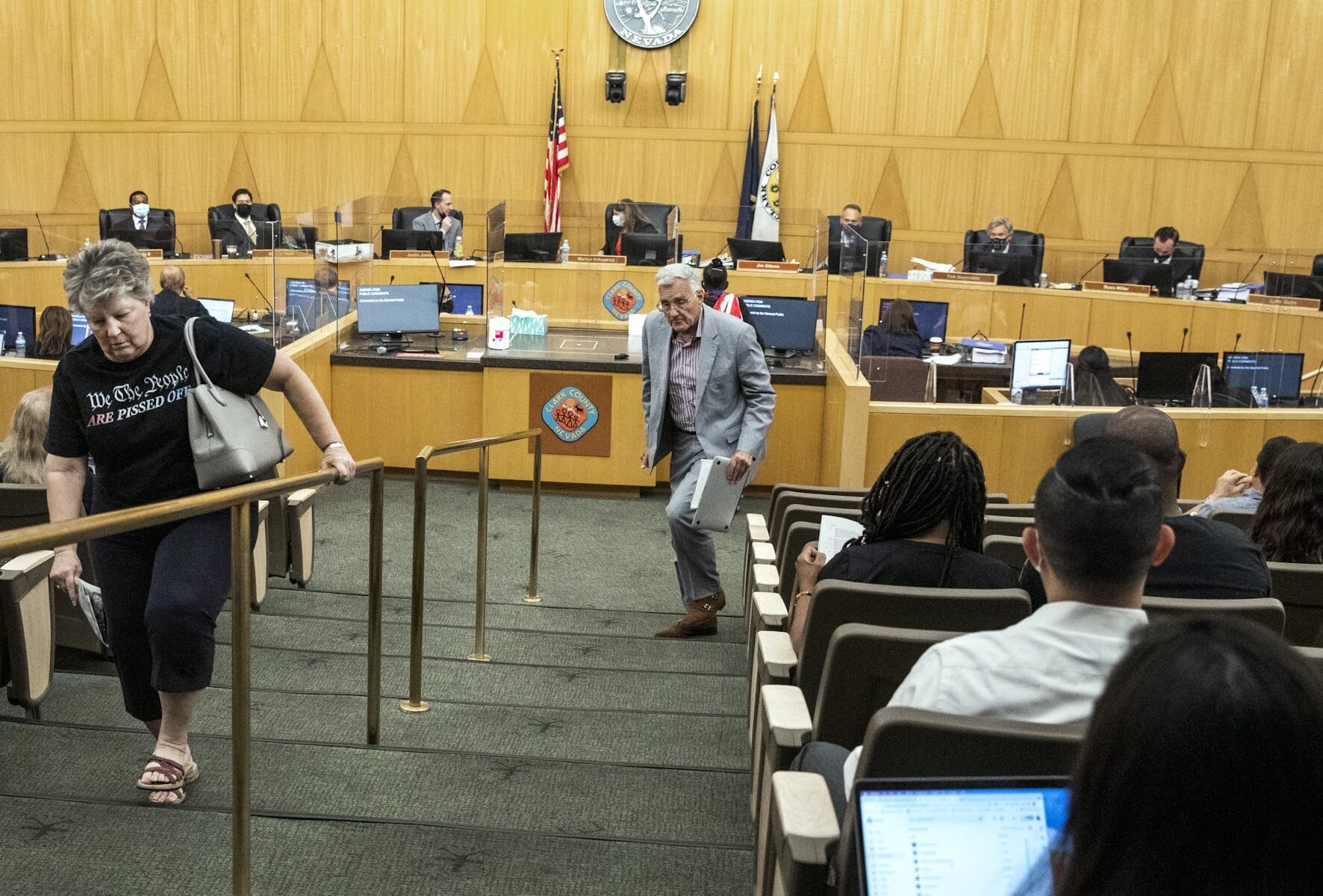 Last week, Clark County commissioners passed a resolution sponsored by Justin Jones declaring vaccine misinformation a public health emergency. We are seeing more and more jurisdictions across the country make similar declarations. Having divergent opinions is as American as apple pie. Our nation’s founding is based on the compromises of opinionated men. Somewhere along the way though, rather than disagree about what facts meant, there are those who began to throw out facts altogether and substitute their own.

Over the years, we had at least one family member who would read fringe conspiracy theories and spread them as gospel. It was an oddly endearing feature of Thanksgiving dinner and family gatherings. Everyone had a crazy relative who just thought differently, and then everyone would go home and that would be that. With the internet and social media, though, everyone’s crazy relatives could find one another, and with cable news, some gained legitimacy. (“It’s not a conspiracy theory; I saw it on the news!”) Even that wasn’t enough for us to delete family members and friends from social media or our phones, though. Folks got their news from different sources, but the facts stayed the same.

The television show “South Park” has dedicated many hours of programming to the idea that our nation’s critical thinking skills have gone off the rails. Whether it’s the lowering of the bar or the member berries story lines, the writers of this cartoon have asked an important question: What has happened to us? The spreading of misinformation is a plague on the United States. The inescapable truth is we are now a siloed nation; the information you believe can generally be tied to the political ideals you hold; and the gullibility factor does seem to be trending more toward one party than the other.

The Libertarian Party put out a tweet calling the Confederacy evil. A person who responded was adamant that while the Confederate States of America weren’t perfect, neither was the Union because General Robert E. Lee released his family slaves before President Abraham Lincoln released his. As I contemplated this reply, I found myself speechless (and anyone who has known me for longer than five minutes knows that’s nearly impossible).

Anyone who has watched Clark County School District or Clark County Commission public comment at any time in the last several months can see things like this play out in real time. Anti-vax and anti-mask supporters of the Big Lie speaking for hours, hurling insults at our elected representatives as well as at speakers they disagree with share one very clear thing: These people who spread misinformation are manipulative predators seeking to derail the operating of our systems of government. They may not have been there on Jan. 6, but their motivations are no different.

Purveyors of misinformation are so adept at manipulating people that they have convinced ordinarily rational people that they are so entitled as to be immune from consequences. When they are escorted out of meetings, their microphones are cut, their favorite coffee shop won’t let them in, they can’t go see the Raiders, or they lose their job because of their opinion on masks or vaccines, they shout “outrage” and blame Communism rather than owning up to a decision they made with manipulated information.

President Dwight Eisenhower said, “[t]he hand of the aggressor is stayed by strength — and strength alone.” I am heartened that the county commissioners and the Clark County School District Board of Trustees have borne the criticisms and threats and shown the strength to do their jobs. It will take nothing short of the collective strength of every rational thinking Nevadan to counter misinformation in our state. We can disagree on policy as we often have. That is America. I like to believe I have a healthy questioning of authority. I have disagreed with policies of elected leaders and the viewpoints of others, but I could never imagine abdicating reason and throwing my lot in with zealots. Fanaticism is not patriotism; threats are not civil discourse; and misinformation is deadly.