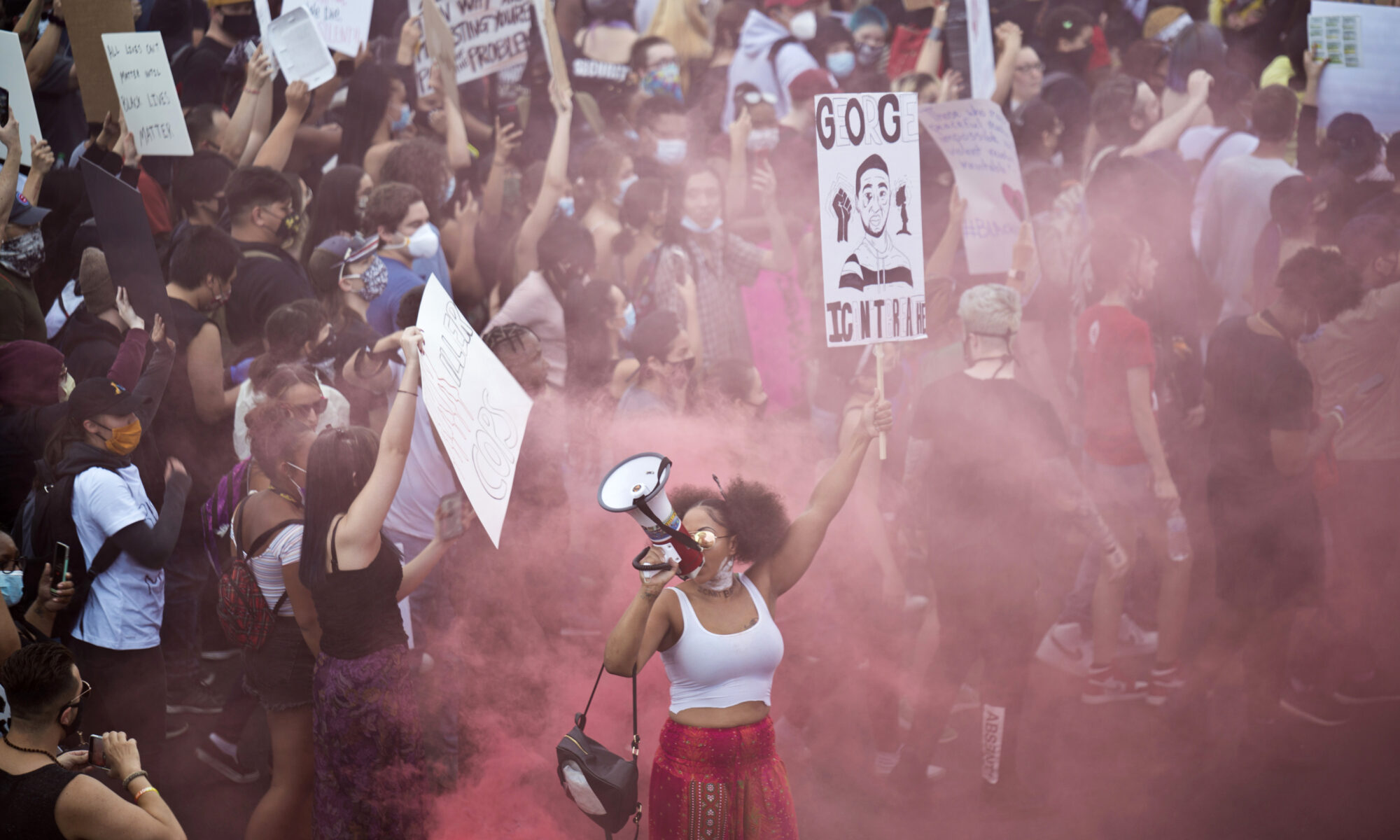 My social media feed has been blowing up over the last few days with (mostly) white men preaching about the dangers of the left’s inability to meet in the middle with people they disagree with. I am thinking this has something to do with the disappointing election results across the country last week. Well, disappointing for those of us who are still very much aware of the precariousness of our democracy, anyway.

Most of these men on my feeds are self-proclaimed “never-Trump” Republicans who seem to now be desperately begging for their cookie, or their pat on the back, or whatever other prize they think they deserve for showing (quite literally) the teensiest shred of human decency. But — and this should come as no surprise — it isn’t just Republicans signaling the dangers of the left’s “wokeness.” No, no, it turns out lots of folks across the political spectrum like to tell themselves and anyone who will listen that this fall from grace, this existential threat to the very core of our nation isn’t due to our almost pathological individualism, nor to our toxic patriotism, xenophobia or global arrogance — all traits that Mr. Trump was particularly skilled at tapping into — but nope, it’s none of that. The greatest danger to democracy (they’ve figured it out!) are all these youngins and their crazy progressive demands for (gasp!) inclusion and respect.

Because that’s really what they’re talking about when they mention wokeness and political correctness. They are talking about race; they are talking about identity politics; they are talking about putting away a concern for ourselves and for others who live under the tyranny of systemic racism, misogyny, and toxic capitalism in order to focus on getting back to “normal” — a normal that centers them. Namely, white, conservative and moneyed. Nevermind that the right’s victories last week were largely due to white voters, specifically white women, who as a voting bloc can always be counted on to do exactly the wrong thing. To hear them tell it, though, these poor white folks were driven into the arms of tyrants because us scary woke lefties are just so mean to them, never missing an opportunity to remind them that they are not the only ones at this table and that they don’t get to run this show on their own anymore.

It is the epitome of foolishness in this Year of our Lord 2021 to argue or pretend to believe that talking about racism, homophobia, rape culture and all the other evils that underlie American culture is how we got here, to the rapid decline of democracy. In fact, from where I’m standing, NOT honestly and openly talking about these things, or worse, LYING about these things is precisely why half of us can’t stand the other half and – let’s not kid ourselves – precisely the way many of you like it. As a nation (as a human race, really) we love to bury our collective head in the sand and pretend that if we ignore something, especially anything that makes us look less than perfect, it will just go ahead and fix itself. We lit a match, set the house on fire, turned our backs on it, and then act surprised when the fire threatens to engulf us all. And THEN, in true narcissistic form, we blame the people merely drawing attention to the fire for starting it. Nope. That’s not how this works anymore.

Everyone deserves to have their human rights respected. Everyone deserves to be included in the conversation. Everyone. And not just included. In matters of race, misogyny, homophobia, transphobia – all the things these pearl-clutching white folks would like us to shut up about – the affected folks (that means trans people, gay people, Black and Brown people, people who have lived the very real and very negative impacts of the “normal” that you are so desperately trying to get back to) are the folks who should and will be leading these conversations going forward, okay? You – white, straight, cisgender people – do not get to tell us when and how to have these conversations. Not in any way. And you absolutely don’t get to blame us for the consequences of actions put in place, again and again over centuries, by people who looked an awful lot like you.

Do I understand the need for us to come together? Do I understand that we will never win if we don’t find common ground? Of course, absolutely, I do. But that common ground cannot be reached at the expense of our humanity, at the expense of you not having to recognize the violence we have been and continue to be subjected to. So what if it makes you uncomfortable? Learn to live in that discomfort; learn to recognize it as growth.

DISCLAIMER: When I say white people, of course I don’t mean ALL white people. If all this doesn’t apply to you, then it ain’t about you.

Martha E. Menendez lives in Nevada and is the legal manager for Justice in Motion, a NY-based organization.