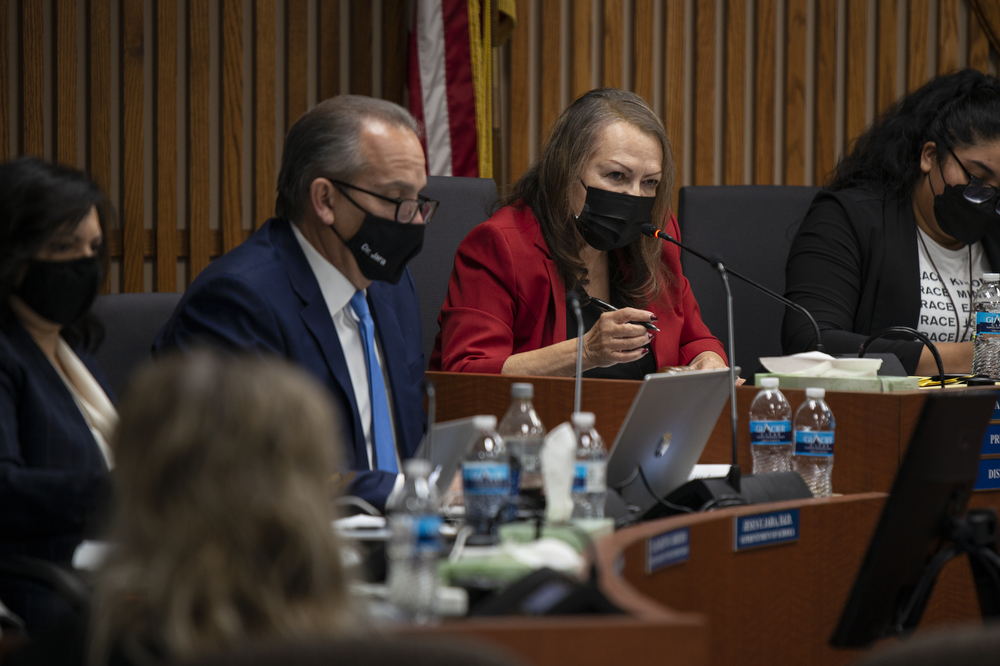 In my middle school classroom, I had some simple rules and mantras: Don’t lie, cheat, or steal. Can’t is a swear word. Be respectful of one another. It’s not you as a person but your behavior I’m disappointed in.

Those principles should apply to the grown ups in the school district, too. The continued infighting, dishonesty, dysfunctional leadership, climate of fear and retaliation, cronyism (and possible misuse of millions of dollars in public money for select contractors) was and is unacceptable. Enough is more than enough. The agenda item to remove Clark County schools Superintendent Jesus Jara last week was sorely needed — and past due.

I know the seven trustees care about the students, parents, staff, and community. But you wouldn’t know it — because Jara's so-called leadership created mistrust and divisiveness, leading to a paralyzing situation in which nearly no one was acting in the best interests of the district’s children.

Sometimes, you can fix what’s broken. Sometimes you shouldn’t even try. In 2019, Jara’s appalling behavior, ill-conceived actions and lack of proper and professional communication prompted a vote of no confidence by administrators. Their letter stated, and I quote, “You are selfish and without moral code or compass.”

The following year, Gov. Sisolak said Jara tried to "mislead" the public and blame others for his own poor decisions. State Superintendent Ebert said that as a leader in education, Jara had a responsibility to set an example, adding that “blatantly altering the truth is not only a bad example, it’s a disservice to our educators.” Speaker Jason Frierson said to Jara, “The Trustees will do nothing, and you will be the benefactor of their failure to act. By your own behavior and dishonesty you have neutered yourself and rendered yourself universally ineffective.”

Enough was enough, even back then. It should have been dealt with by the trustees. An opportunity to act arose again this past summer, but instead, four trustees voted to extend Jara's contract.

If you need more evidence of a problem, consider that no fewer than 26 cabinet-level administrators left before the current buyout. That much turnover is indicative of leadership and management problems. Notably, some who resigned were people Jara brought with him from Florida.

Then there’s the concern about the hiring of overpriced, out-of-country companies, and paying businesses to produce materials that our teachers could easily have produced. (This still needs to be investigated despite Jara’s termination.)

There are longer-term issues in play, too. As a body, the board essentially has been neutered since former Superintendent Carlos Garcia persuaded a majority of former trustees to give up their policy making authority, rendering them subordinate to the superintendent. Don’t be fooled into thinking it was a good idea. The calculated policy change was first pushed by a national advocacy group, starting in Florida and under the guise of training and supporting non-traditional superintendents. Trainees of that program? Former Clark County school Superintendents Garcia, Jones, Martinez — and Jara.

The current trustees now have an opportunity to undo the board governance policies, which truly are a lot of gobbledygook. I hope they do.

They also need to choose an interim superintendent. That person and the one subsequently hired need to have experience, integrity and true leadership skills. They need to listen to each concerned group including teachers, students, parents, administrators, support staff, community leaders, legislators and retired staff. Out of that, they need to adopt a cohesive vision and carry it out, working collaboratively with peers.

It’s well past time for our long public school nightmare to end.

Chris Guinchigliani served in the Clark County School District for 30 years as a special education teacher. She also is a former Clark County commissioner.