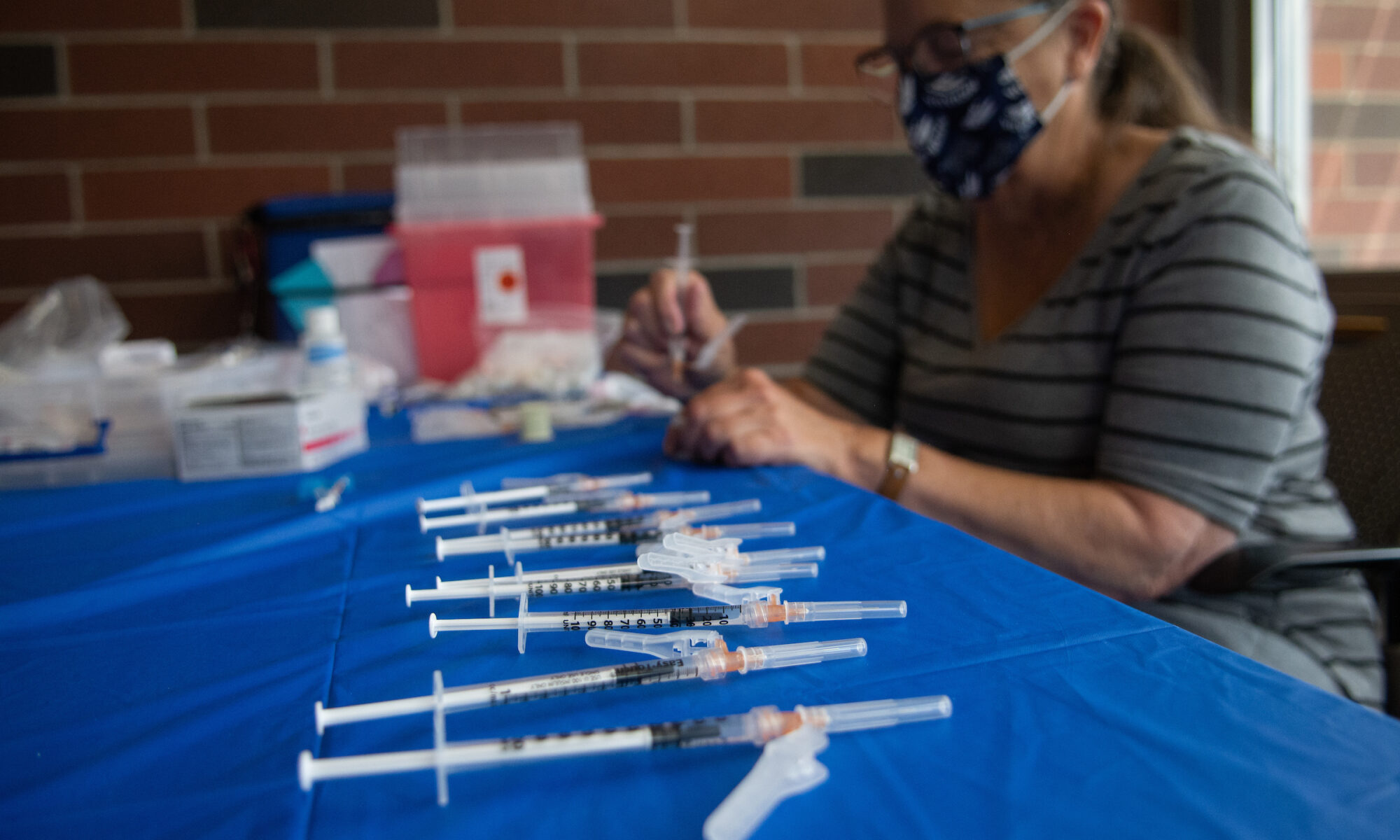 More than a week after an initial deadline requiring Nevada college students to receive the COVID vaccine in order to enroll in in-person classes next spring, a UNR undergraduate has filed suit in federal court seeking to halt the system-wide mandate.

Filed in U.S. District Court on Tuesday, the suit named UNR President Brian Sandoval, Nevada System of Higher Education Chancellor Melody Rose and Democratic Gov. Steve Sisolak as defendants, as well as Lisa Sherych, the head of the Department of Health and Human Services’ Division of Public and Behavioral Health.

Spokespeople for both UNR and the Nevada System of Higher Education said they had not yet been served the lawsuit, and therefore could not comment. A representative for the governor said Wednesday that his office "has no comment on the pending litigation."

The legal challenge against Nevada’s higher education mandate — filed by 18-year-old plaintiff Jonah Gold — hinges in large part on how implementation is tied directly to the enrollment process.

Nevada’s State Board of Health unanimously authorized a college student vaccine mandate in August, requiring students to provide confirmation of vaccination status or confirm a valid religious or medical exemption before they could enroll in spring classes beginning on Nov. 1.

That decision was made after weeks of behind-the-scenes wrangling over which public body had the legal authority to create such a mandate. In the end, the Board of Health acted under state law requiring vaccinations for other diseases — such as tetanus and measles, mumps and rubella — that also provides wide latitude for the board to include new vaccinations as needed.

The Nov. 1 date was an initial deadline to show proof of vaccination, marking the earliest point at which students could attempt to enroll in new classes for spring. Any students across Nevada’s seven degree-granting institutions still seeking either vaccination or an exemption have until mid-January to complete the process.

The November deadline appears to have prompted Gold’s suit, however, which also argues that the mandate violates the 14th Amendment’s Equal Protection Clause in part by discriminating against unvaccinated students, and that regular COVID testing requirements violate the 4th Amendment’s implied right to privacy.

The complaint backs those arguments with a raft of often-misleading claims challenging the efficacy of the vaccine itself. It also argues that the COVID vaccine is a “personal treatment” and that its requirement violates the “bodily autonomy” of Gold — who has “recovered swiftly from Covid-19 with natural immunity.”

The suit also calls the mandate an “unscientific decision” that “imminently threatens” Gold’s life because of apparent links to heart conditions in rare cases following mRNA vaccinations, and says it “unlawfully segregates” him because of the “threat of quarantine.”

Gold is represented in part by attorney and Republican gubernatorial candidate Joey Gilbert. Gilbert was a vocal proponent of former President Donald Trump who was outside the Capitol during the Jan. 6 insurrection and has since questioned the legitimacy of the 2020 election.

Gilbert has also staked a position as a strident opponent of Democrat-led COVID management policies in Nevada and elsewhere.

That includes filing legal challenges against a mask mandate implemented by the Clark County School District, a similar higher education vaccine mandate in California and the national approval of COVID vaccines for children under the age of 16.

Gilbert did not immediately respond to a request for comment.

The authority of state and local governments to implement vaccine mandates has for decades been generally protected under U.S. Supreme Court precedent. That includes a case dating back to 1905, Jacobson v. Massachusetts, in which the court found a smallpox vaccine mandate in Massachusetts did not violate the 14th Amendment.

Recent legal challenges to COVID vaccine mandates at the college level have also hit stumbling blocks. The Supreme Court declined an opportunity to block a mandate at the University of Indiana in August.

Update: Nov. 10, 2021. This article was updated to reflect comments from a Nevada System of Higher Education Spokesperson and a representative for Gov. Steve Sisolak.