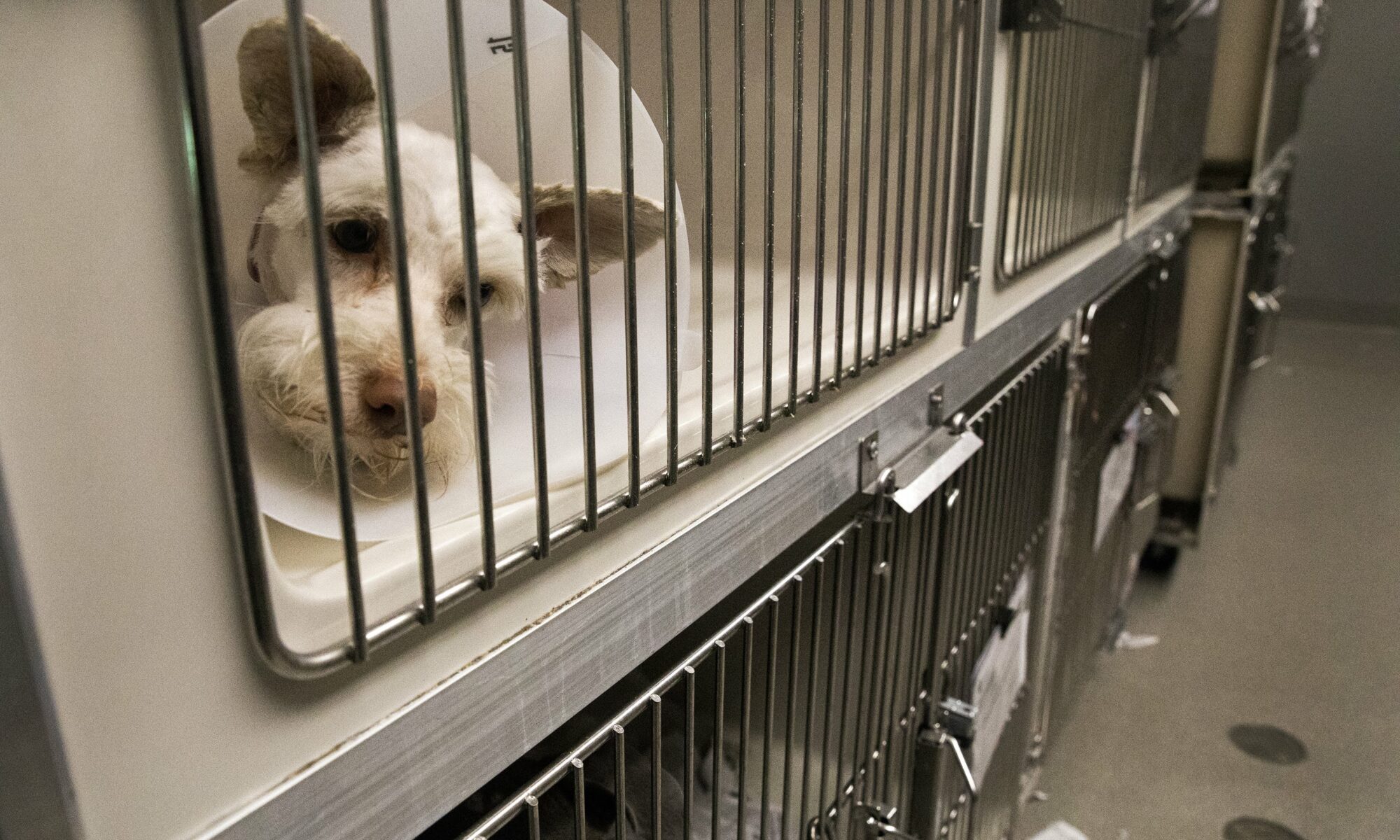 A lawmaker asking a bill sponsor if she was willing to scrap an amendment to save her bill, a lobbyist mispronouncing a client's last name, and a mysterious, out-of-state company seeking to tack on a self-serving amendment sounds like the start of a very specific Carson City nightmare.

But that very situation befell Assemblywoman Shannon Bilbray-Axelrod (D-Las Vegas), who found herself navigating a lively hearing on her veterinary telemedicine bill AB200 before the Senate Commerce and Labor Committee hearing Wednesday.

The bill’s intent is straightforward — allow licensed veterinarians to practice telemedicine only after an in-person examination of an animal. Under the proposed bill, veterinarians would not have to examine every member of a herd to consult with a veterinarian, and a doctor with access to medical records could also consult on a case via remote communication.

Former president of the Nevada State Board of Veterinary Medical Examiners Jon Pennelle testified that though telehealth is vital for expanding access to veterinary care, in-person visits are necessary.

"For thousands of years, animals have instinctively hidden illness and pain as a means of survival," Pennelle said. "And I feel there are just too many things that can be missed by not actually examining and touching a patient first."

Though many veterinarians lauded the measure, two proposed amendments took discussions of the bill off the rails.

One friendly conceptual amendment proposed by the Nevada Board of Veterinary Medical Examiners tacked on provisions of another, larger veterinary bill (SB366) that died in committee. The proposed amendment would make a handful of changes to veterinary medicine outside of just telemedicine, including:

Sen. Keith Pickard (R-Henderson) raised concerns about removing a requirement to post notices and requested more information into provisions of the amendment.

But when the board's executive director was not available via Zoom or the telephone to answer Pickard's question, Bilbray-Axelrod said her only goal was to pass the bill.

Pickard asked Bilbray-Axelrod if what she meant to say was that she "would be willing to jettison the amendment" to save her bill if the amendment is "problematic."

"I was trying to be nicer," Bilbray-Axelrod responded. "But I mean, sure."

During public testimony in support, the executive director apologized for her technology issues and said she responded to the lawmakers’ questions in writing.

Despite the confusion over the board's proposed amendment, the committee began to hear testimony on the legislation —  which is when it moved into the stuff of legislative nightmares.

Dutch Pet, Inc., a California-based telemedicine company that records indicate was incorporated in March in Delaware, testified in opposition to the bill. The company has been at the forefront of a push for deregulation in veterinary medicine in Florida and submitted a conceptual amendment ahead of the hearing requesting that the language requiring a physical examination occurs before telemedicine instead become optional.

A lobbyist for the business, John Oceguera, represented the corporation and called forward its legal counsel, Virginia Mimmack, to testify on the amendment. Lawmakers were further confused by several mispronunciations of her last name as "Mimic," leading to additional befuddlement and delays.

Mimmack said that requiring a physical examination was not in line with laws in other states such as New Jersey, Virginia, Idaho and Michigan, and would prevent new entrants to Nevada's veterinary markets.

That testimony prompted about half an hour of questions from lawmakers, who wanted further clarity on Dutch Pet's motives for opposing the bill.

"I'm trying to get the linkage about why you'd want to testify in the Nevada Legislature about Nevada veterinarians, when you don't have any veterinarians here," Sen. Roberta Lange (D-Las Vegas) said, noting that Florida and Arizona had both recently rejected bills pushing for deregulation of veterinary telemedicine.

"Let's just be clear on the record that your amendment allows Dutch Pet to come into Nevada," she said. "If the amendment is not adopted, then Dutch Pet's business model would not be allowed in Nevada. And that's the real deal, right?"

"Our testimony today is really not about Dutch Pet. Dutch Pet is not currently active in Nevada. But our testimony today is about prohibiting a Veterinarian-Client-Patient-Relationship (VCPR) to be established remotely," Mimmack responded. "It doesn't allow any new entrants into the market and several other states have found out ways to do this."

Pickard said he tends to favor expanding competition, but was concerned that veterinarians could make incorrect diagnoses or miss warning signs without in-person check-ups.

"Unless you have Dr. Doolittle on staff, you're not going to be able to talk to the patient," Pickard said.

Committee Chair Sen. Pat Spearman (D-Las Vegas) joked that five years and six months later, she was closing the hearing. The committee took no action on the bill.