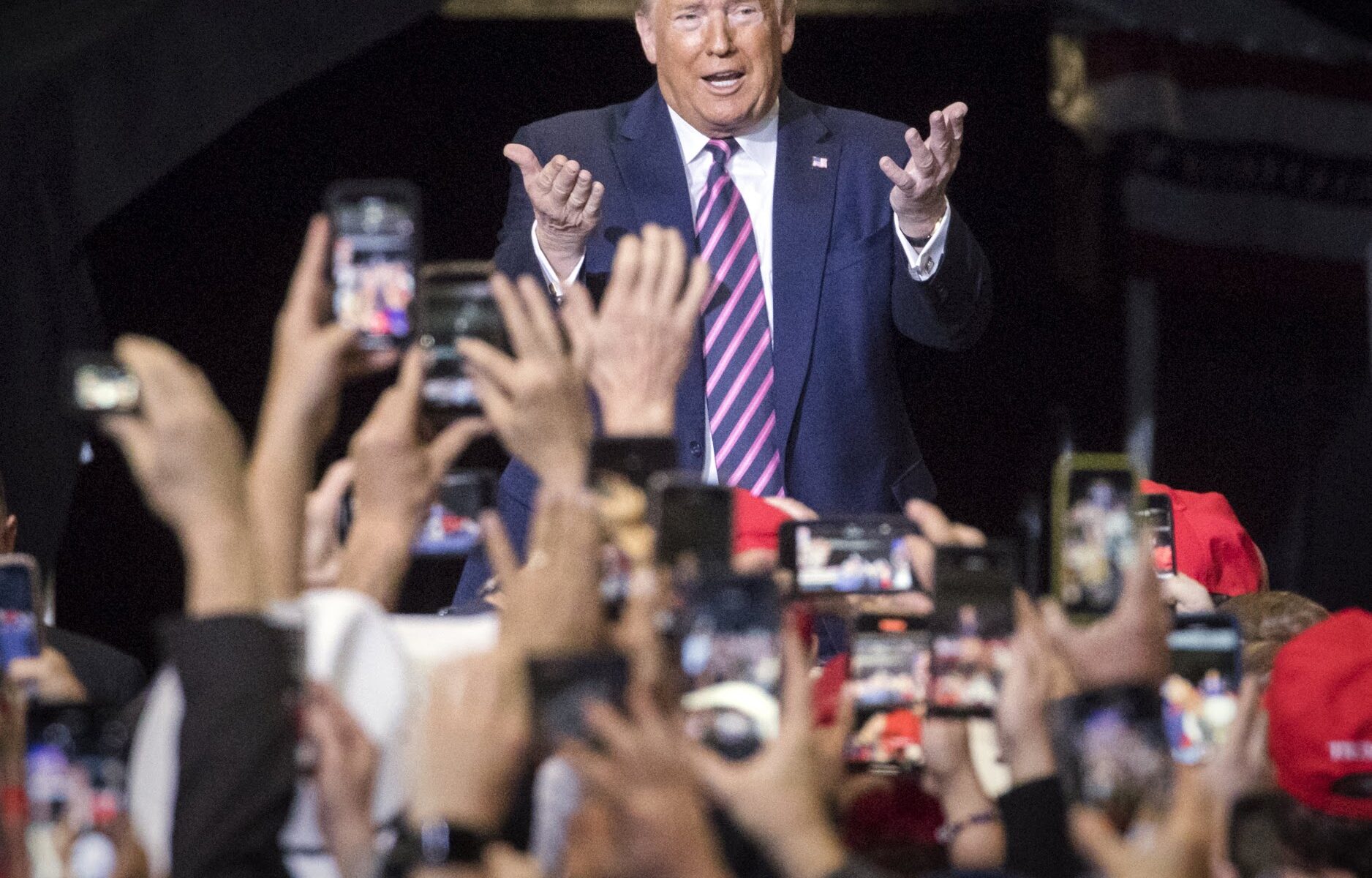 President Donald Trump has accomplished something that Senator Estes Kefauver and Attorney General Robert F. Kennedy only dreamed of doing.

He’s managed to put the Las Vegas we’ve known on the brink of extinction.

Trump’s incompetent response to the coronavirus pandemic has led to the deaths of nearly 200,000 Americans and sent the economy headlong into recession. When it comes to a loss of business, the pandemic has hit few places as hard as tourism-driven Las Vegas. One of the sunnier projections for our estimated economic recovery time is three years. Others have a hard time imagining the great Las Vegas convention machine ever recovering.

Someone should remind Trump of this today during his scheduled campaign rally and fundraiser. More likely, he’ll soak up the big bucks and adulation from followers still willing to deny the undeniable.

You know, like the fact COVID-19 continues to devastate families while the commander-in-chief still doesn’t convey the seriousness of adhering to best medical practices. Despite our own state’s tragic death toll and staggering unemployment figures, there are still large numbers of Nevadans willing to follow Trump into infamy and endanger the health of the rest of us in the process.

They hang on Trump’s every word, swallow his endless deceptions and nod in agreement at his wildest prevarications. When he called the coronavirus a hoax, they believed him. When Trump laughed and downplayed the deadly virus as a common cold or flu, they laughed along with him. When he chided and was dismissive of the medical experts and scientists who have devoted their lives to fighting such viruses, they jeered and trolled them in his name.

Week after week, Trump continued to fiddle as the virus burned across the landscape and implored his followers to “liberate” states issuing mandatory mask orders. They marched and menaced en masse. Conflating mask-wearing with a loss of freedom has been just one of his dog whistles heard by far-right militias and others who defile the U.S. Constitution to feed their white supremacist fantasies.

Instead of taking charge, he took a powder. Instead of leading from the top of the most powerful office on the planet, he played the sarcastic reality TV host and pitted governors and agencies against each other.

When the experts deigned to disagree with him, he marginalized them. When the nightmarish numbers from the Centers for Disease Control grew too grim, he changed the calculus. When the World Health Organization failed to fall in line, he maligned it.

Trump politicized wearing a mask and practicing social distancing early in the pandemic, and continues to do so today. For proof look no further than this past week’s Michigan rally.

Not surprisingly, the Kool-Aid drinkers in Nevada’s forever-Trump Republican Party spend most of their energy attempting to link mask wearing with a loss of freedom or part of a socialist agenda. They blame Gov. Steve Sisolak for actually taking seriously the science-based strategy for business reopening and crowd sizes.

After the Trump campaign’s stated plan to use airport hangars in Reno and Las Vegas as rally sites was rejected because it would draw crowds larger than 50 in violation of the state’s pandemic response, a campaign spokesman said in a statement, “Democrats are trying to keep President Trump from speaking to voters because they know the enthusiasm behind his re-election campaign cannot be matched by Joe Biden – a historically weak candidate controlled by the radical left who could hold a campaign event in a broom closet.”

The state GOP, meanwhile, is using the conflict of its own making as a fundraising pitch to the party faithful. To wit: “King Sisolak's strategy to try and stop our Trump Rallies from happening this week is failing, but the FAKE NEWS IS EATING IT UP. … President Trump is still coming to Nevada (whether King Sisolak likes it or not). But it's critical that we lead the fight. Will you help us?”

Let me help by pointing out that the King’s crowd-size strategy is based on the White House’s own reopening guidelines. The state GOP’s rhetoric would be laughable if it weren’t potentially so dangerous.

But now even the most mesmerized among the Trump cult are faced with another challenge: The recorded words that came out of their fearless leader’s mouth during his interviews with Bob Woodward for the legendary journalist’s new book, Rage.

In February, when experts say fast action from the top could have prevented most of the COVID-19 deaths, Trump was publicly minimizing its effects while admitting on tape to Woodward that the virus “goes through the air” and said, “It’s also more deadly than even your strenuous flus.”

To the rest of us he said the pandemic was “very much under control.”

Within weeks COVID-19 was killing scores of citizens and Trump continued to hold unmasked political rallies. He had the right scientific information. He just didn’t tell the American people about it, lying his way through March about the virus going away and lying some more about the approaching heat of summer melting it into a distant memory.

The president who planned to use the strength of the economy to win re-election confided to Woodward, “I wanted to always play it down. I still like playing it down … because I don’t want to create a panic.”

No panic, no mask mandates, and no social distancing. Nearly 200,000 dead. The economy in ruins, and the Strip a nightly super-spreader event.