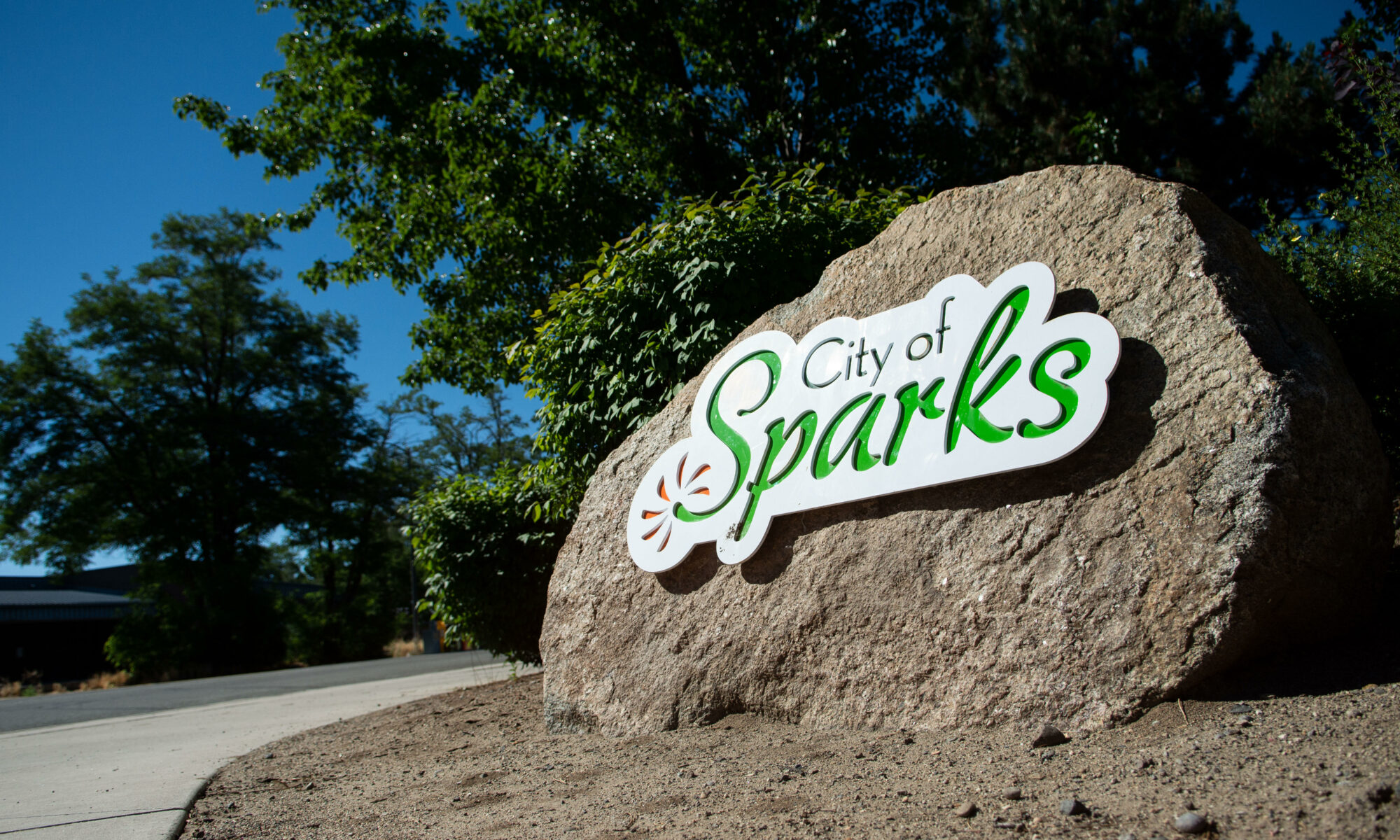 Last Tuesday, my fiancée (who’s running for Sparks City Council), her opponent, and another Sparks city council member participated in a roundtable hosted by This Is Reno about the issues facing the city we live in.

I bring this up not to promote her campaign — she does that just fine on her own, and besides, if you’re like most readers of this publication, you can’t vote for her anyway because you don’t live in our city, much less our ward. I also don’t bring this up to brag about how, if everything goes right, I might actually end up married to a sitting City Council member at some point in my life, even though, at the risk of being a bit of a “wife guy,” that is something worth bragging about if you ever get the chance.

No, I bring this roundtable up because, towards the end, they discussed the current employment status of George Forbush.

George Forbush, for those previously uninitiated in Sparks municipal drama, is or was — neither City Council member on the roundtable was willing to commit either way — a Sparks police officer. The reason he is or was (again, we have no idea) a Sparks police officer instead of something considerably more definitive is because he was considerably more supportive of extrajudicial violence on Twitter than some people generally like government employees we issue firearms to be.

Now, context is important and, in context, George Forbush’s salary is not particularly unusual. His base pay of $100,853.95 per year is perfectly in line with the pay scale the City of Sparks negotiated with the Sparks Police Supervisory Protective Association for sergeants in the police department in their most recent labor agreement, and is actually on the lower end of what Reno pays their sergeants. The $29,706.97 of overtime pay he received last year, meanwhile, is also perfectly normal among police officers (if not a little on the low side). Given that sergeants are paid at time and a half for overtime, and given that George Forbush’s hourly rate (assuming 80 hours per two weeks, according to the labor agreement) works out to around $48.49 per hour, that means his overtime pay is $72.73 per hour. At that rate, he worked around 408 hours of overtime last year, or just under eight hours of overtime each week.

A 48-hour workweek is not particularly unusual.

As for the “other pay” of $46,607.02, meanwhile, that’s easily explainable by the fact, per Article D of the labor agreement between police sergeants and the City of Sparks, sergeants receive education incentive pay, on top of the normal base rate and overtime. Also, Article E provides for special assignment pay, also on top of the normal base rate and overtime. Oh, and, if a sergeant has to do a lieutenant’s job, Article F provides acting temporary pay, also on top of the normal base rate and overtime. Then there’s Article G, which provides night differential pay — that’s an additional $3.61 per hour for each hour worked between 5:00 pm and 6:00 am. Did I mention standby duty, in which, per Article H, police officers are paid a quarter of their hourly rate for each hour they’re on call? What about the $3,250 in longevity pay he received for being on the police force for a decade, which is provided for in Article I? Oh, and let’s not forget the clothing, watch, eyeglass, and cell phone allowance in Article J, which also provides for a City owned firearm whenever a firearm owned personally by a sergeant is seized and placed into evidence somehow, presumably of its own volition.

Apparently personal firearms do that sometimes.

The reason I bring — the reporting on his rank is inconclusive as the Sparks Police Public Information Officer refuses to answer even the most basic of questions about him, but he’s paid like a sergeant, so let’s call him Sergeant Forbush for now — Sergeant Forbush’s modest remuneration of $177,167.94, not including health benefits or retirement contributions (those were an additional $79,409.31 last year) is because when he said on Twitter, and I quote, “I have 6 AR 15 rifles. I always thought having an AR15 or AK47 pistol was pointless because of lack of shouldering, but now I am going to build a couple AR pistols just for BLM, Antifa or active shooters who cross my path and can't maintain social distancing,” he was clearly experiencing acute economic anxiety, as one does when one earns less than $400,000 a year.

This column, however, is not about Sergeant Forbush or his pay scale. The last thing I, a Libertarian, want is for you, dear reader, to focus upon the laughable pay routinely collected by well-armed municipal employees at taxpayer expense. As for the sergeant himself, This Is Reno has covered his social media posts, the chilling effect his encouragement of far-right Twitter accounts had upon those who don’t think police officers should cheer for pushing political enemies out of helicopters, and the outpouring of support (yes, support — I’m not being facetious) in favor of Sergeant Forbush and his tweets from the community in exhaustive detail.

Frankly, Sergeant Forbush is not particularly interesting. Much more concerning is the ironclad system of legal and labor protections that he and his fellow police officers operate under. To understand what I mean, let’s examine two questions: When is it acceptable to fire a police officer for speech and, once that line is reached, what does it take to do so?

When is it acceptable to fire a police officer for speech?

Morally, the answer is straightforward. Police officers are functionally referees. To preserve credibility with the communities they serve, they should remain neutral and be unfailingly supportive of the rule of law. Morally, police officers are supposed to protect and serve everyone — both BLM protesters and, ah, BLM protesters — and should publicly conduct themselves accordingly.

Legally, however, it’s a different story.

As most of us are already aware, the First Amendment of the Constitution forbids Congress from abridging our freedom of speech. Thanks to the Fourteenth Amendment, which prevents states from abridging the privileges or immunities of citizens of the United States, and the incorporation doctrine, which defined our First Amendment rights as some of the privileges and immunities citizens of the United States are entitled to, states and their constituent local governments are also prohibited from abridging our freedoms of speech. Government workers are, of course, usually citizens of the United States. Ergo, they, like every other American, enjoy freedom of speech and neither the federal, state, nor local governments have the right to abridge their speech.

How complicated? Keeping things simple, if a public employee says something pursuant to his or her job — either at work or about their work — then the government’s primary role is as an employer, not as the government, which means the government has all the same rights to terminate the employee a private sector employee would have, at least as long as you’re not a professor at a public university (okay, keeping things simple enough for government work). If, however, the speech is not directly related to an employee’s work, it might be protected provided it’s about a matter of public interest, so long as it doesn’t interfere with the government’s interest in discipline and order, especially in the workplace.

Using Sergeant Forbush as an example, his tweets, noxious as they might be, might be protected as long as his job does not involve policing the very protesters he fantasized about murdering, but only as long as his speech didn’t compromise his ability (sergeants are supervisors, after all) or the police department’s ability to maintain discipline and order.

For the sake of argument, let’s assume the officers working underneath our recently promoted sergeant were uncomfortable working under someone who openly fantasized in public about killing the very citizens he swore to protect and serve. Stranger things have certainly happened this year. What happens next?

What does it take to fire a police officer?

Article G of the labor agreement between sergeants and the City of Sparks grants the right of management to relieve any employee from duty for any legitimate reason. However, Article K also grants sergeants a grievance process.

Let’s assume for a moment management attempted to fire Sergeant Forbush. Instead of using his newfound labor mobility to pursue the undoubtedly lucrative and plentiful private sector opportunities police salaries must be competing against (otherwise why else would they be so high?), he instead files a grievance according to the procedure outlined in Article K.

How does that work?

Let’s assume for a moment the answer is yes. Now is Sergeant Forbush truly, irrevocably fired?

Not yet. Per Article K, the grievance may be appealed to the city manager, who then has 15 working days to respond in writing to the appeal of the grievance.

Consequently, per the labor agreement Sergeant Forbush and his fellow sergeants work under, only if a sergeant’s immediate supervisor, the police chief and the city manager all agree he should be fired will he actually be fired — and it could take over thirty days for that decision to be made.

Now, in the private sector, when people get fired, they usually stop getting paid, even if they convince their employer to change their mind at some point down the road. So, though this grievance process is unusual in the private sector, waiting 30 days or so to find out if you’re getting paid again has to be remarkably unpleasant for our hypothetical sergeant, right?

As Sparks’ City Council members pointed out during the roundtable, the 2019 Legislature also passed the Peace Officer Bill of Rights, which applied additional protections. Some of those protections were rolled back in the most recent special session, but not all of them. NRS 289.057 still does not allow police officers to be suspended without pay until after an investigation is concluded — which includes all appeals. Additionally, NRS 289.080 allows police officers facing an investigation against them to have two representatives of the officer’s choosing present with the police officer during any phase of an interrogation relating to the investigation. Oh, and NRS 289.120 also allows Sparks police officers to appeal the city manager’s decisions to the District Court.

All of the grievance procedures outlined above, by the way, don’t just apply to terminations. They apply to any other disciplinary actions as well.

So, even if the police department decided someone making three times the median household — not individual, household — income in Sparks and armed at taxpayer expense should be held to a higher standard of behavior than, say, a high school student, it would still take at least a month and the active cooperation of the police chief, the city manager, and possibly even a District Court judge to do absolutely anything at all about it.

Sparks’ police chief, by the way, retired last month after a long and storied run as chief which began 15 months prior and hasn’t been replaced yet. Sparks’ city manager, meanwhile, was appointed four months prior to the hiring of the now-retired police chief. His former assistant, by the way, is now Reno’s city manager. It apparently cost the City of Reno $30,000 to find him.

George Forbush, like the rest of us, has a fundamental right to freedom of speech. Unlike the rest of us, however, he also now enjoys a legal right to a high six-figure salary, a city-issued firearm, and both labor and legal protections which insulate him and every other police officer in the state from even modest disciplinary measures.

David Colborne has been active in the Libertarian Party for two decades. During that time, he has blogged intermittently on his personal blog, as well as the Libertarian Party of Nevada blog, and ran for office twice as a Libertarian candidate. He serves on the Executive Committee for both his state and county Libertarian Party chapters. He is the father of two sons and an IT professional. You can follow him on Twitter @DavidColborne or email him at david@colbornemmx.com.