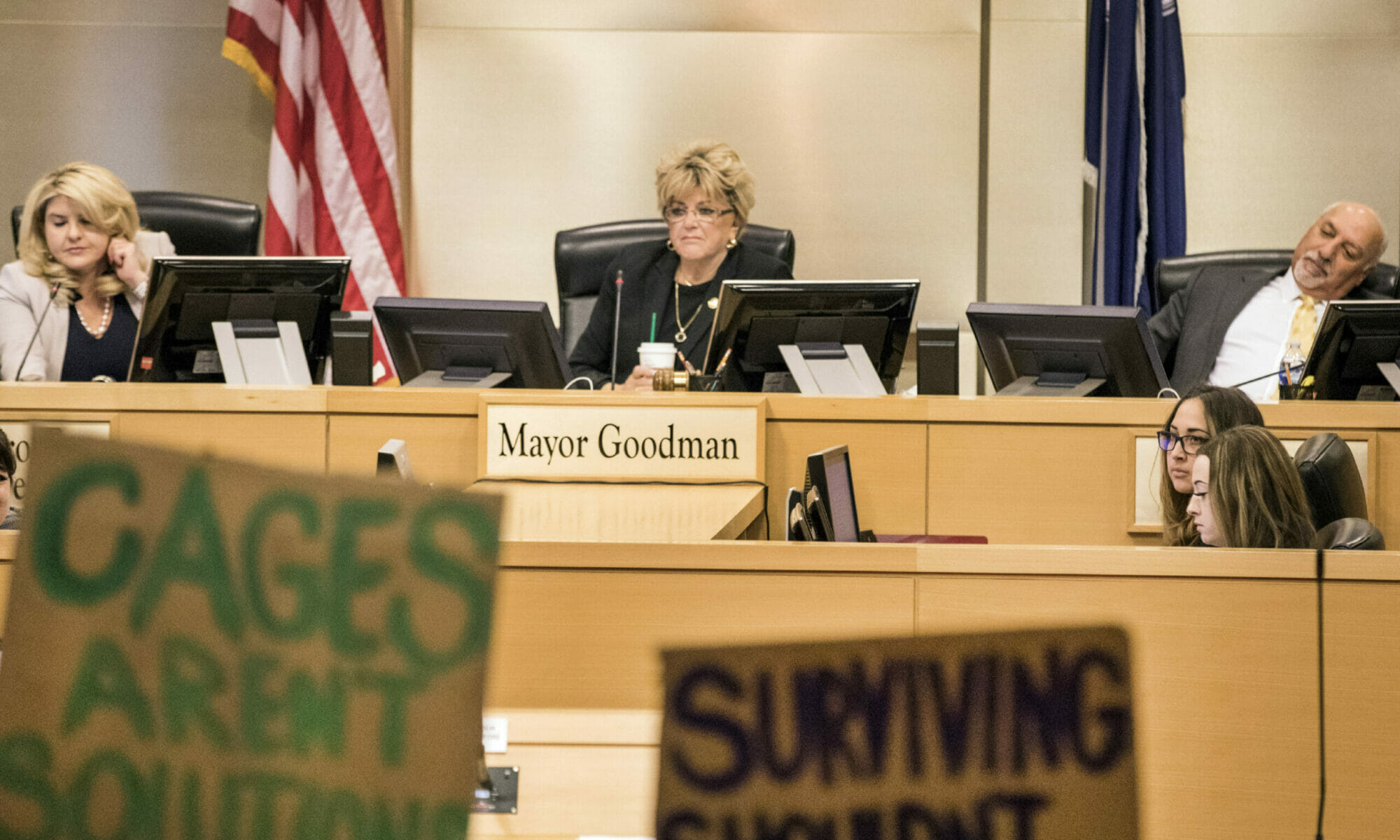 Those who have followed the sad dance between Las Vegas government and its homeless population probably felt a sense of deja vu during Wednesday’s boisterous City Council marathon.

It was 2019. But it might have been 2009, 1999, 1989, or 1979 for that matter. The city and its unwashed have been at this a long time. To some of the gray-haired activists in the crowd, City Hall’s proposed ordinance banning most street camping probably sounded like a corny old tune coming through new speakers. It was the homeless hustle with a  “housing not handcuffs” remix, and it was nothing they could dance to.

Not that their opinions -- and there were a lot of them -- appeared to matter much. Their views are well known to the city officials, whose social service programs often contract with nonprofits. Despite the raucous reception they gave the City Council and the added pressure from progressive political groups and representatives of a few Democratic Party presidential candidates, the ordinance was all over but the shouting before the vote was cast.

But shout they did.

“Housing not handcuffs,” many in the crowd chanted. When decorum was more or less restored by Mayor Carolyn Goodman, a wide assortment of citizen activists accused Las Vegas officials of criminalizing homelessness, of inflicting cruel and unusual punishment on the helpless, and of violating biblical tenets. Some critics predicted the council would be hit with legal action, others were certain God’s backhand would provide the punishment.

Few were spared. Councilman and retired Metro officer Stavros Anthony was accused of rolling his eyes when a speaker criticized the role of the police in the process. Mayor Pro-Tem Michele Fiore was accused of encouraging Mayor Carolyn Goodman to shut down the noisy debate.

The mayor took a browbeating, but generally kept her composure during a very long day. At one point the city’s head cheerleader admitted, “We know this isn’t perfect. We’re going to find the flaws, and we’re going to fix them.”

Homeless advocates and civil rights attorneys will be watching as the city rolls out the ordinance over the next three months. Giving everyone credit for having the best of intentions and using best practices, I think the city may be headed for more legal headaches.

Those opposed to the ordinance often pointed to the obvious, its potential penalties: up to a $1,000 fine and as long as six months in jail. This, on its face, illustrates the futility of trying to police a social problem. Housing a homeless person in a detention center is far more costly than booking them a room at a downtown hotel.

But that’s part of the dance.

City officials argued the ordinance would help protect local neighborhoods and businesses while steering the homeless into its Courtyard Homeless Resource Center, where social services are available in a safer atmosphere than the street. They also admitted the facility is a work in progress, gets overwhelmed, and even at full strength won’t be big enough to serve the flow of humanity at its gates.

The frustration is understandable. Like many other cities, Las Vegas has wrestled with what to do about its street people for decades. Doing a little more is never enough. Doing less is inhumane. Doing the same thing year after year is crazy-making.

So every few years someone comes up with a new idea -- or at least one being tried in other jurisdictions. That’s the case with the courtyard concept and the encampment ban. More than 160 cities across the country have versions of the no-camping law.

By the time all the shouting actually ended Wednesday, Council members Brian Knudsen and Olivia Diaz opposed the ordinance, but that raises an interesting question: Was it possible to care about the homeless and vote for the measure? I think it was.

When longtime City Attorney Brad Jerbic said the issue was the most frustrating his office faces, I believe he was being sincere. When department heads talked about the lengths they’d gone to improve a system everyone agrees is a regional crisis, I don’t think they were simply trying to placate the council.

Not to get too preachy here, but the homeless issue really isn’t a “them” problem. It’s an “us” problem. This is a national crisis that deserves a national strategy with leadership at the top, a big buy-in and -- most of all -- the political will of the people behind it. You have to be willing to address not only having enough food in the pantry and blankets on a cold night, but the issues of affordable housing, rampant drug addiction, and mental illness. So, don’t hold your breath.

Instead, expect the homeless hustle to continue. Do a little more, then a little less. Preach hope in the face of despair. Be kinder, get tougher. A Thanksgiving dinner today, the bum’s rush at 6 a.m.

By now, everyone should be able to name that tune.