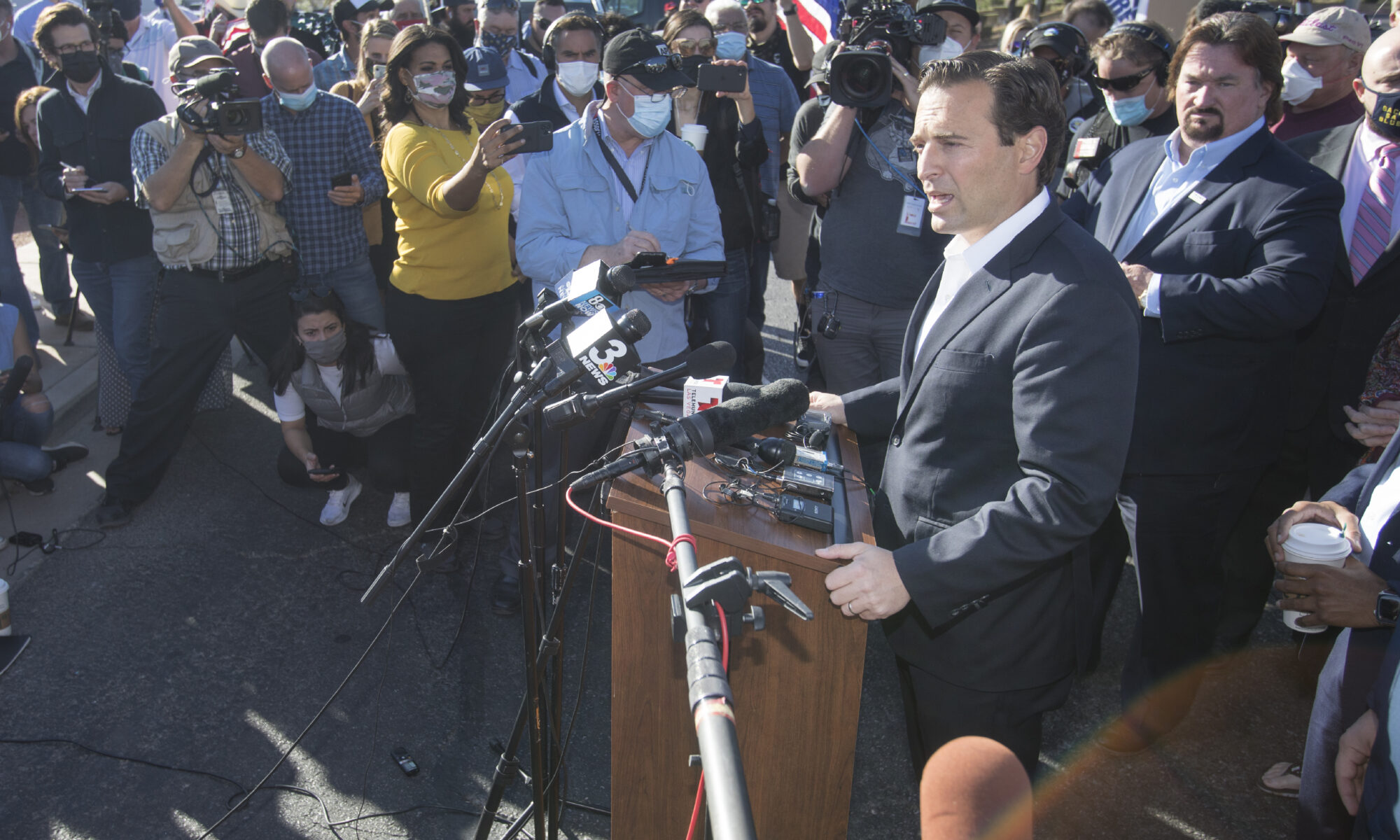 To hear some Nevada Republicans tell it, the 2022 campaign is all over but the shouting following Tuesday’s upset victory in the Virginia gubernatorial race.

A cascade of hand-wringing political punditry in the wake of Republican businessman Glenn Youngkin’s win over Terry McAuliffe has helped fuel the GOP’s hysteria. From the sound of things, their champagne is already on ice.

From Republican U.S. Senate candidate Adam Laxalt, a man clearly familiar with Virginia, about what he called a Loud and clear message: “This is a total rejection of Joe Biden’s far-left agenda. We’re going to send another message a year from now in Nevada when we take back the Senate. … Virginia ranks in the top 15 with education and low unemployment. Meanwhile, Nevada ranks dead last in the country when it comes to unemployment and our children’s education. If you think Virginians were fired up, just wait until you see what Nevadans have to say in 2022.”

From GOP gubernatorial entrant Michele Fiore: “Last night’s race in Virginia shows us that the America First Agenda is STRONG and it shows us that Republicans don’t win by compromising with liberals, we win by fighting for parents, students, and freedom.”

And there’s this statement from Conservative Political Action Committee Chairman and “Stop the Steal” dissembler Matt Schlapp: “Virginians sent a resounding message that they have had enough. Now, more than ever, Virginia Republicans must unite and overturn the radical leftist policies that the previous legislature shoved down our throats.”

Of course, no political analysis of a campaign that occurred 2,000 miles from our state line would be complete without a healthy dose of hyperventilation from the office of Nevada Republican Party Chairman Michael McDonald: “Americans REJECT failed Democrat leadership and Joe Biden’s corrupt, far-left agenda! The momentum is on OUR side right now - come 2022, we’re going to bring this same Red Wave to Nevada and TAKE BACK OUR STATE!”

At this point, you may wonder whatever happened to the state party that could barely complete a sentence without mentioning the name Trump. Before you spend time pulling apart the extremely confident messaging, or what I consider the overread of the Youngkin-McAuliffe race and its relative meaning to any campaign in Nevada, it’s instructive to examine some of the talking points that comprise part of the GOP’s 2022 strategy.

It begins with the “back-breaking inflation” slowing our economic progress and the “authoritarian mandates” that supposedly threaten the freedom of the most powerful nation on the planet. But that’s pretty tepid fare.

More than the strained effort to paint President Biden as a raving leftist, Republicans are firing up the base by exploiting the issue of our children’s education by using the hollow specter of Critical Race Theory. From the state GOP’s missive: “In our schools, they’ve pushed for children to be taught to hate themselves and their country with Critical Race Theory indoctrination.”

Laxalt, Fiore and other high-profile GOP candidates have taken up the cause of banning the teaching of Critical Race Theory in schools despite the fact it’s not part of the curriculum. It’s a political strawman, and a racist one.

Fomenting fear is the real indoctrination going on here. There’s scant evidence that Critical Race Theory, a study of American history with a focus on its undeniable racial elements and systemic influences, is taught in public school at any appreciable level.

That said, imagine the challenge of having an honest classroom discussion of the composition of the U.S. Constitution and the causes of the American Civil War without addressing the issue of race and racism. A class on the Civil Rights era without a frank talk about race? Impossible.

You can’t even study the history of baseball without acknowledging the role of race and racism in its development.

Think of the pressure school districts, principals, and individual teachers are being put under because of the Critical Race Theory deception being pushed as part of the GOP’s 2022 strategy.

Although Nevada and Virginia are very different states politically, there is a lesson to be learned from last Tuesday’s race. Youngkin downplayed Trump’s menacing influence over the party and distanced himself from the former president, but he took full advantage of the racist strategy of firing up suburban fears about Critical Race Theory.

That gives Youngkin something in common with Nevada’s Republican candidates, who embrace fear-mongering while party activists sow disinformation and chaos at school board meetings.

The strategy is despicable. Nevadans must make sure it isn’t successful.

John L. Smith is an author and longtime columnist. He was born in Henderson and his family’s Nevada roots go back to 1881. His stories have appeared in Time, Readers Digest, The Daily Beast, Reuters, Ruralite and Desert Companion, among others. He also offers weekly commentary on Nevada Public Radio station KNPR.