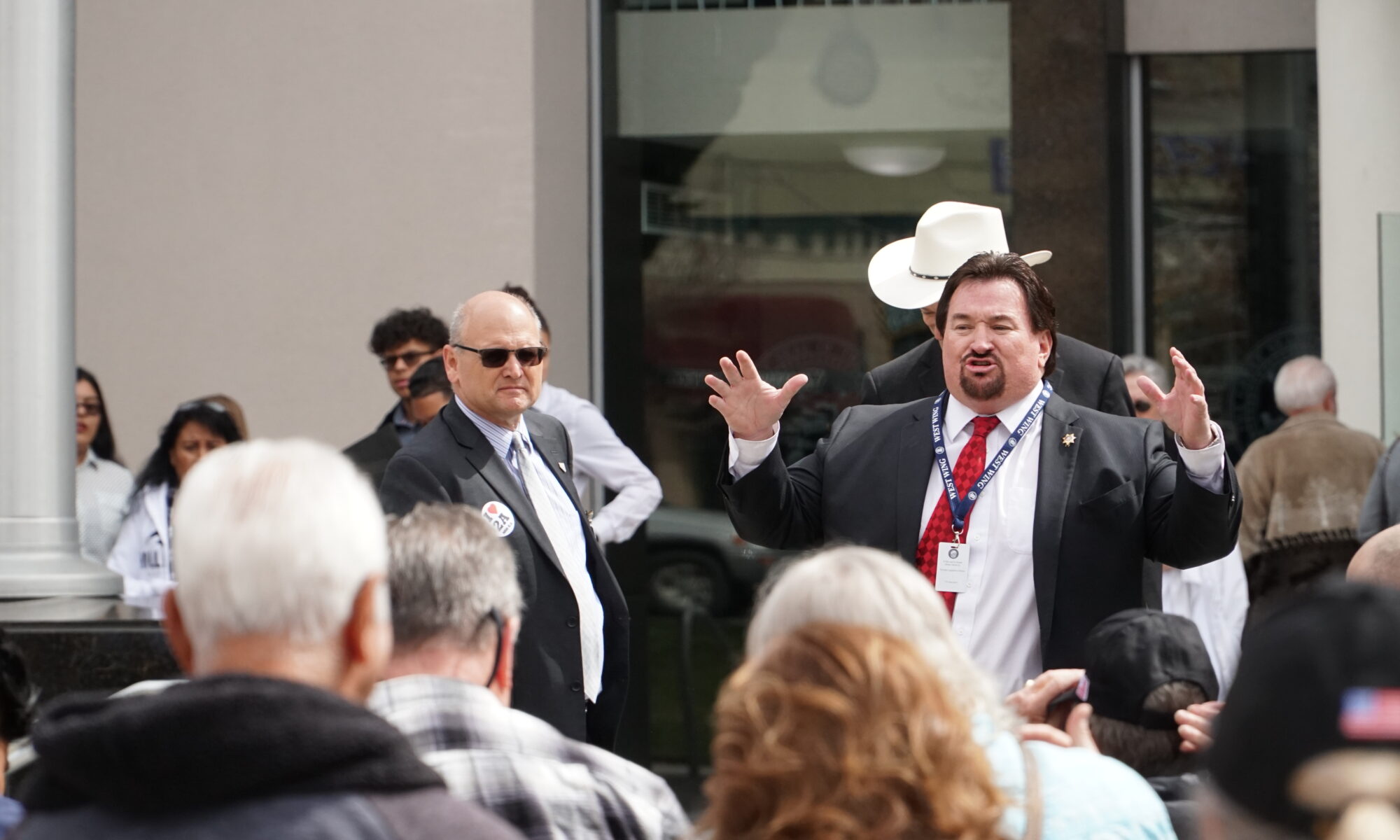 With that title comes a difficult duty reserved for only the most staunch and energetic supporters of the GOP cause. By all appearances, Sajdak is a dedicated foot soldier in the fight against those pesky and proliferating Nevada Democrats.

I’ll take a wild guess and speculate Sajdak never imagined he’d wake up one day to have his own conservative heart questioned, his loyalty doubted, and even his safety placed in jeopardy. Not by said Democrats, but by members of his own party.

But such is the state of affairs with Nevada’s off-the-rails Republicans who refuse to get off the Trump train.

Now the titular head of the county party really has his hands full after being accused of discrimination for blocking reputed members of the far-right Proud Boys extremists from bullying their way into the group. When Sajdak moved to cancel Monday’s scheduled central committee meeting due to safety concerns, the thwarted Republican activists filed a lawsuit.

Although District Judge Elizabeth Gonzalez has declined to grant an injunction or take further action on the litigation, the dustup once again places Nevada Republicans in an embarrassing light. All this is occurring while the state’s best-known Republicans are checking their look in the mirror and jockeying for position for 2022 and the party’s efforts to unseat Gov. Steve Sisolak and US Sen. Catherine Cortez Masto.

When a county political party’s mishegoss raises the specter of the extremist Proud Boys and splashes all the way to the pages of The Washington Post and Politico, consider yourself a laughingstock.

Speaking of laughingstocks, it’s no secret that Sajdak often finds himself at odds with Nevada Republican Party Chairman Michael McDonald, the Forever Trumper and walking ethics scandal who these days is playing dumb on the issue of whether he encouraged Proud Boys associates to infiltrate the county central committee in an effort to tip a vote to censure Republican Secretary of State Barbara Cegavske. Her grave offense was refusing to go along with the GOP’s phony “Stop the Steal” Big Lie about widespread election fraud.

Second, we’ve been writing about the presence of the Proud Boys and armed III Percenter militia types on the front lines of the GOP’s anti-mask protests and press events for months. That doesn’t prove they played a role in the Cegavske censure, which backfired like a Wile E. Coyote roadrunner hunt, but they’re certainly in the neighborhood.

What’s really important is what Republican officials think. At the Legislature, Senate Republicans have been spoken up. In a strong statement, the caucus offered, “News reports that state party leaders may have formed a relationship with members of the organization known as the Proud Boys to sway the censure vote of a public official is profoundly concerning. If there is a determination that any member or employee of the Nevada Republican Party conspired with these individuals or had knowledge of any wrongdoing in the party vote, Senate Republicans call for their immediate removal and resignation.”

What do Dean Heller and Adam Laxalt, strongly rumored to be preparing to enter the 2022 race, have to say? I suppose we’ll have to wait for their press releases.

But why waste time?

Instead, I turned the right-wing radio dial KBET 790 AM and listened as MAGA megaphone and talkshow pitchman Wayne Allyn Root interviewed Sajdak this week on the subject of the blowup inside the county party. I tried my best to set aside the fact Root’s tether to reality is more slender than Charlotte’s web.

Between testimonials for gold investments, CBD cream, and hot tub spas, Root  was at his Trump-fluffing best as the self-styled “capitalist evangelist.” He even let Sajdak have his say and criticized the attempt to infiltrated the county party by anti-Semitic people with checkered backgrounds.

At last Root threaded the needle of conspiracy and found a way to soothe the feelings of the warring factions of his own foundering party.

After reminding listeners that many of his predictions have come to pass, he offered, “It sounds to me like the Democrat Party is paying, the Reid machine is paying some thugs to make believe that they are Republicans and to infiltrate and take over the Clark County GOP. And to therefore bring great, terrible disfavor upon the Republican Party and President Trump.”

Now who can argue with that logic?

Call him what you will, but Root sounds like prime Nevada Republican Party chairman material to me.