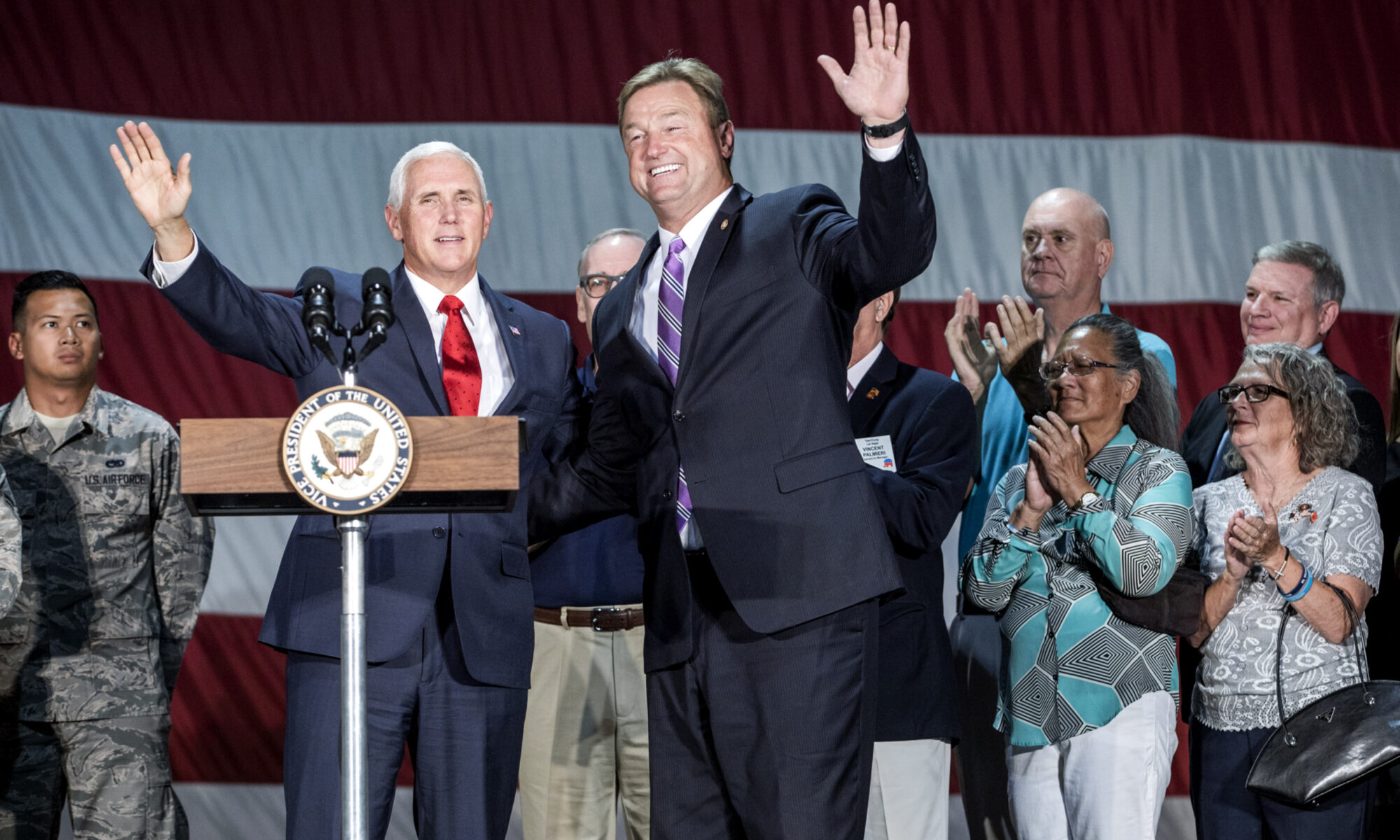 Duty and Country, a recently formed Super PAC that shares an address with top-spending Senate Majority PAC, has set up a website and run several digital ads attacking Heller for insufficient conservative bonafides, including his previous comments that he was “99 percent” opposed to Trump during the 2016 election. Heller later said he voted for Trump, and the president has come to several rallies on his behalf during his re-election effort.

The PAC has reported running two ads on Facebook that have between 100,000 and 200,000 impressions combined. One states that Heller “voted to cut rural health care and supported record cuts to Medicare,” and another called the state’s senior senator “soft” and says he voted against funding for a border wall with Mexico. The group reported spending around $83,000 on the ad campaign in a report to the Federal Election Commission.

Both ads include a link to neverheller.com, which echoes language from the digital ads and says he put his “personal politics” ahead of Nevada.

“And Heller talks tough, but he voted against the largest increase in border security in nearly a decade,” the ad states. “Heller even voted against funding for the wall.”

“Duty and Country” has raised nearly $2.3 million over the election cycle, with top donations including $500,000 from Greater New York Hospital Association, $400,000 from an executive with Euclidean Capital, $250,000 from Allied Wallet, $250,000 from Granite Telecommunications and $200,000 from Chicago White Sox owner Jerry Reinsdorf. 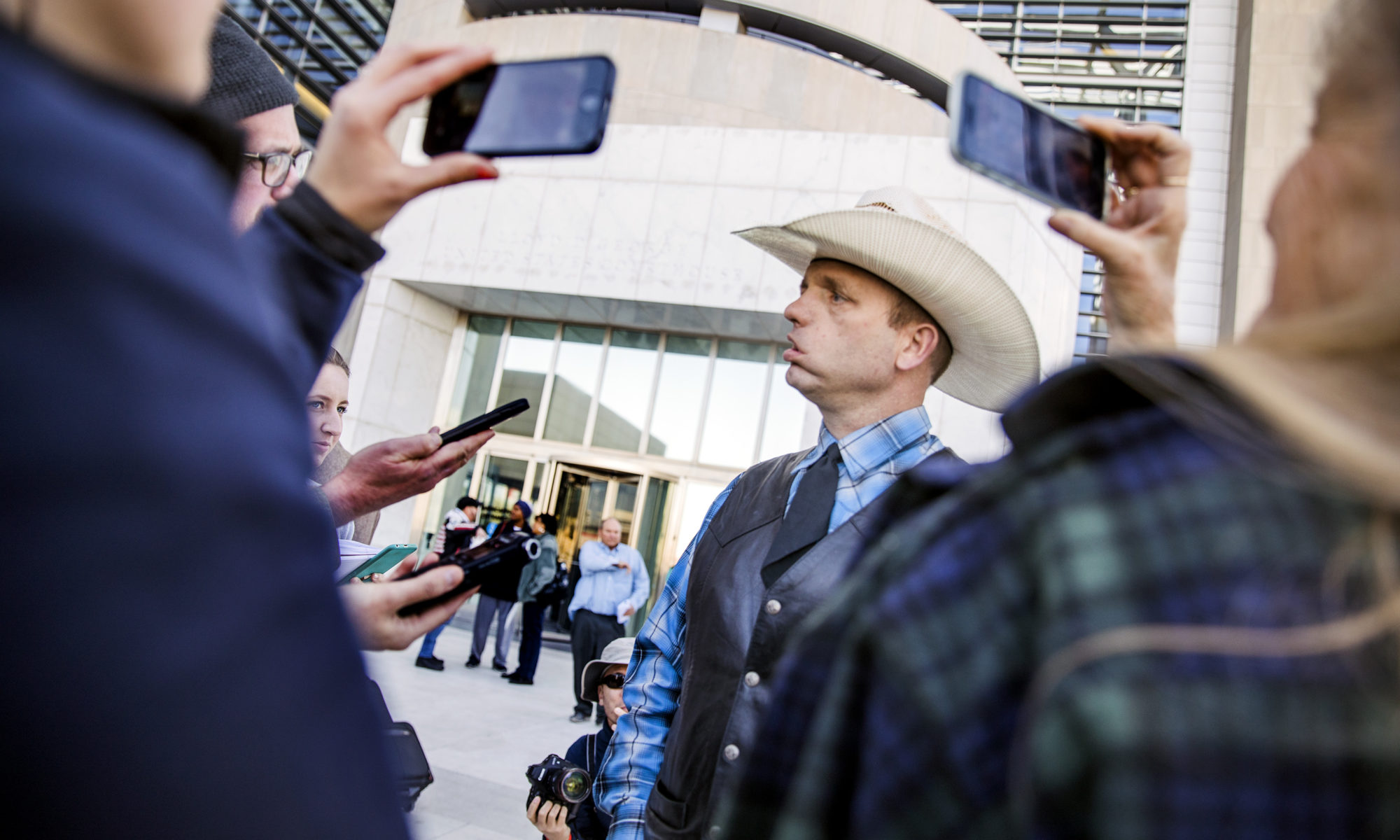 The ad, which played in a Reno radio market on Friday, attacks Laxalt over his position on the “red flag” gun laws, that allow law enforcement or family members to petition a court to temporarily seize firearms from people who pose serious threats of violence to themselves or others.

Laxalt staunchly opposed the laws as late as 2017 — comparing it to the science fiction film Minority Report in a speech to the NRA’s general convention — but included the concept in a 32-page report on potential enhancements for school safety released by the attorney general’s office in June.

“Adam Laxalt just came out in support of red flag gun laws like they have in California, that allow a social worker or an ex-wife to take away your guns without being convicted of crime,” the ad states. “Good luck getting your guns back from a liberal judge. Call Adam Laxalt and tell him to keep his hands off our guns.”

Ryan Bundy, the son of controversial rancher Cliven Bundy, has raised a little more than $66,000 and spent around $63,000 to far this election cycle. He launched his gubernatorial bid in March two months after a federal judge in Las Vegas dismissed charges against him, his father and his brother Ammon Bundy related to the armed standoff on the family’s ranch in 2014. 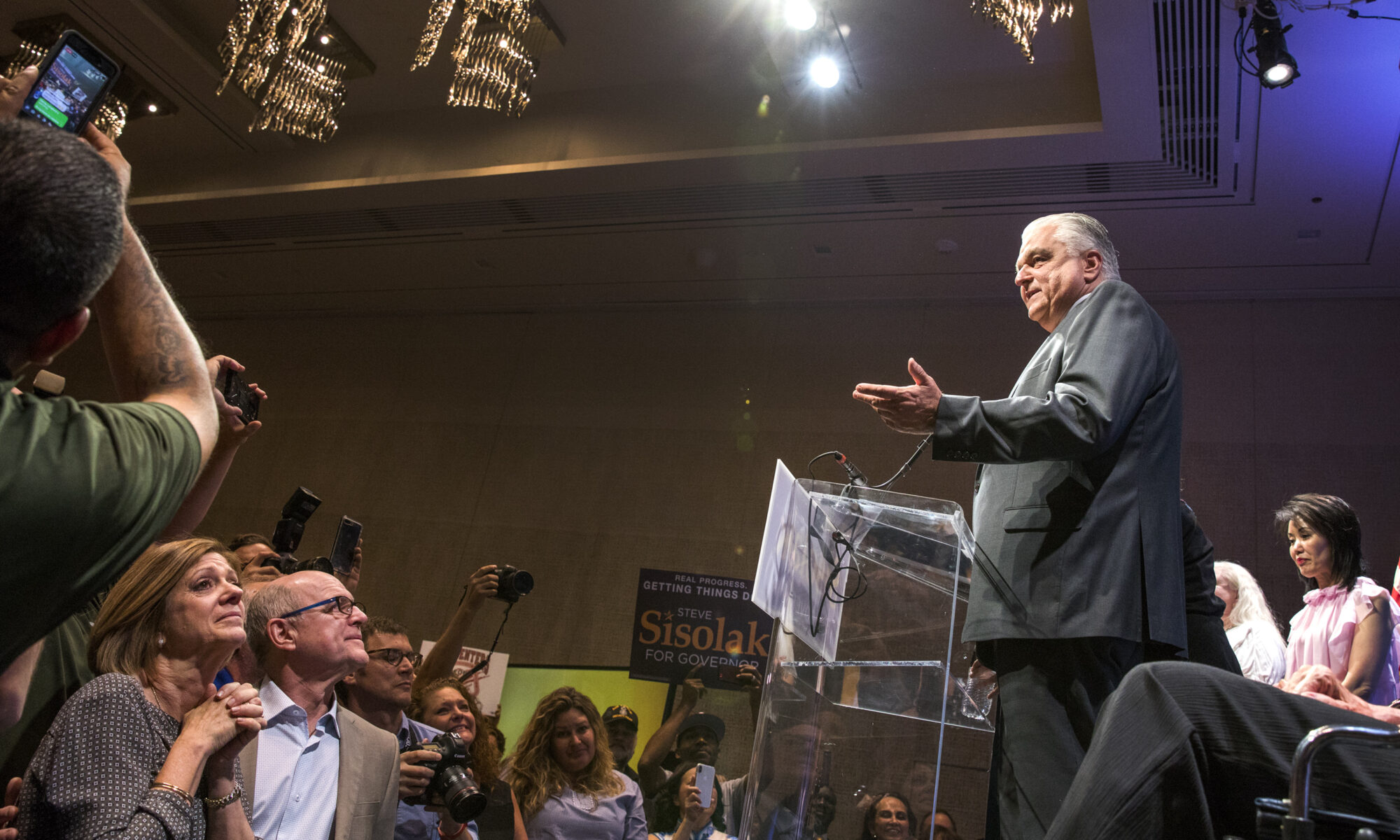 Who’s paying for it: The Republican Governors Association, a PAC supporting GOP candidates for governor

Size of buy: RGA did not disclose the size of the ad buy

The gist: The ad is a collection of previous attacks made on Sisolak regarding his stances on taxes. In particular, the ad targets a statement Sisolak made to supporters earlier this year where he said, “one of the ways we’re going to have to pay for it, and people don’t want to hear it, is property taxes.”

The ad goes on to list a number of taxes and fees that Sisolak voted to increase during his time on the Clark County Commission and criticize him for doubling student tuition and fees at state universities — another frequent attack on Sisolak — before once again playing tape of Sisolak saying “property taxes.”

You can watch the ad here. 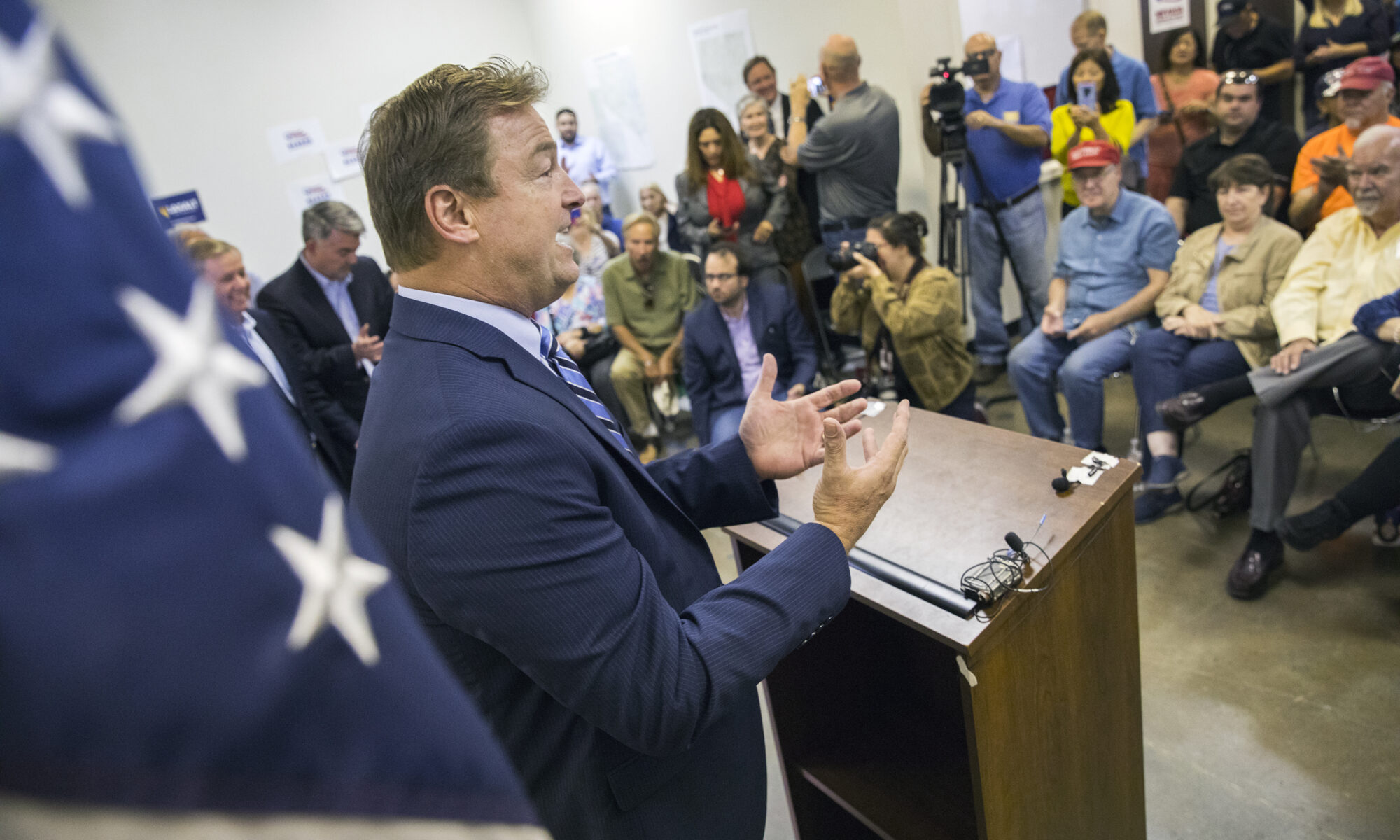 Size of buy: Backed by an ongoing seven-figure buy

Where it's running: Statewide

The gist: This new ad repeats attacks from an earlier Senate Majority PAC ad attacking Heller on Medicare. It says that he “caved to party bosses and voted to cut Medicare by nearly $500 billion,” referring to his vote in favor of a budget resolution to cut $473 billion from Medicare over the next decade.

“The only thing we can trust Dean Heller to do is put his party before your health care,” the ad says. 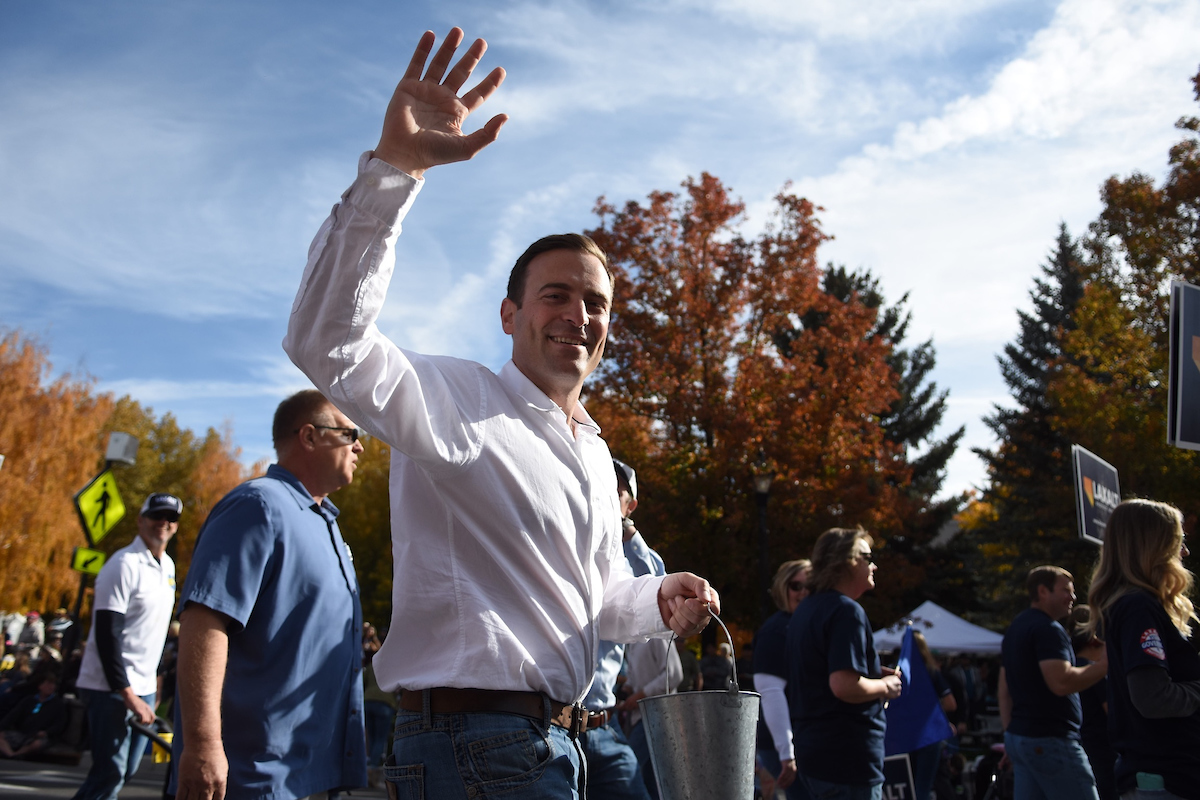 Size of buy: The campaign didn’t disclose this information.

Where it’s running: The campaign didn’t disclose this information.

The gist: The 30-second ad released by Sisolak’s campaign attacks Laxalt, saying he will let insurance companies deny coverage for pre-existing conditions. It features a mother — identified as Shannon Barry — who says her daughter has cystic fibroris, a genetic condition that causes frequent lung infections and impairs the patient’s ability to breathe.

“We don’t want to go back to being terrified of losing insurance or not being able to provide care for our daughter,” Barry says in the ad. “Adam Laxalt is looking out for the insurance companies and not for Nevada families like ours.”

Laxalt, however, has promised to keep pre-existing condition protections in place despite being fiercely opposed to the federal Affordable Care Act. 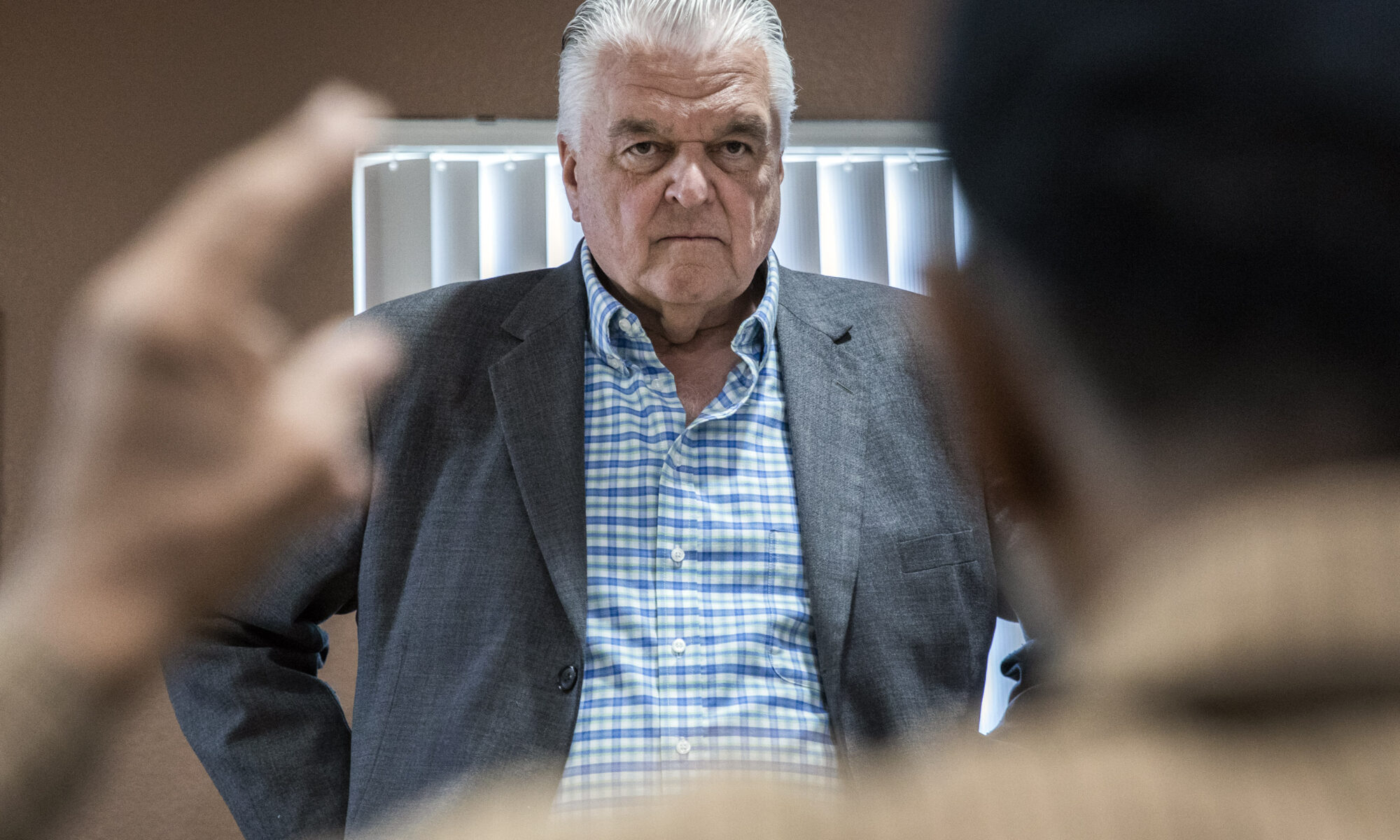 Who’s paying for it: Sisolak’s campaign

Size of buy: It’s part of a six-figure ad buy.

The gist: In this 30-second ad, Sisolak takes direct aim at his opponent, Republican Adam Laxalt — equating him to a bully who needs someone to stand up against him.

Sisolak closes the ad by vowing to “stand up for Nevada” and work with both Democrats and Republicans to make forward progress. 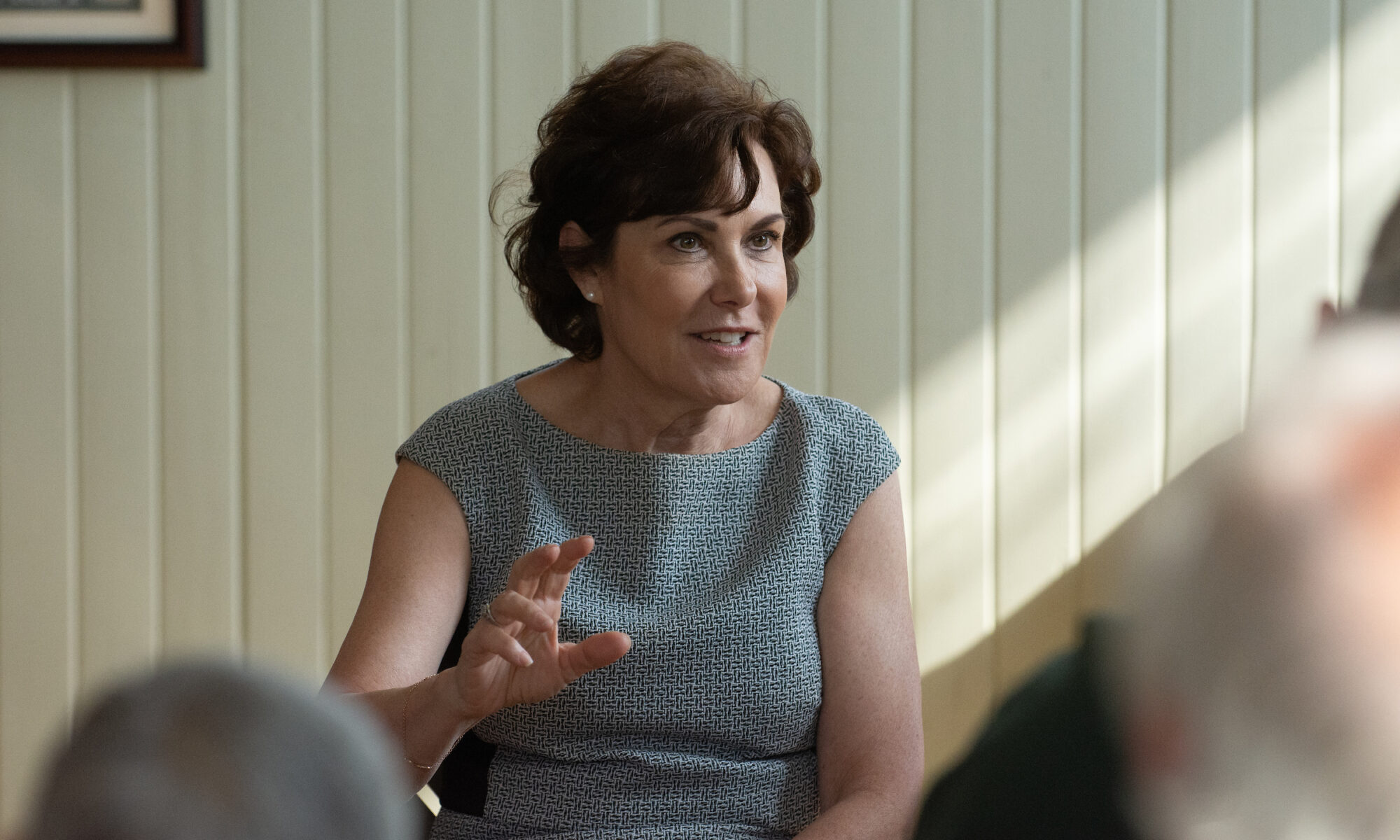 Size of buy: The Heller campaign did not respond to a question about the size of the buy

When it started: Oct. 26, possibly earlier

Where it’s running: At least Las Vegas; the Heller campaign did not respond to a question about where it is running

The gist: The spot, which largely reiterates a line of attack from previous Heller ads that Rosen has accomplished “nothing” during her first term in the House, features an empty, abandoned office with stacks of papers, empty paper trays and crumpled pieces of paper strewn about, a rat chewing on what appears to be a piece of paper and a voice calling out “Rosen” repeatedly as a phone rings in the background unanswered. Mirroring the imagery, the narrator says that Rosen has done “nothing” in Congress.

“No bills to fix health care. No bills to improve education. No bills to do much of anything. And when our veterans needed her, she skipped a vote to film a campaign commercial,” the narrator says. “Taking care of herself at our expense.” 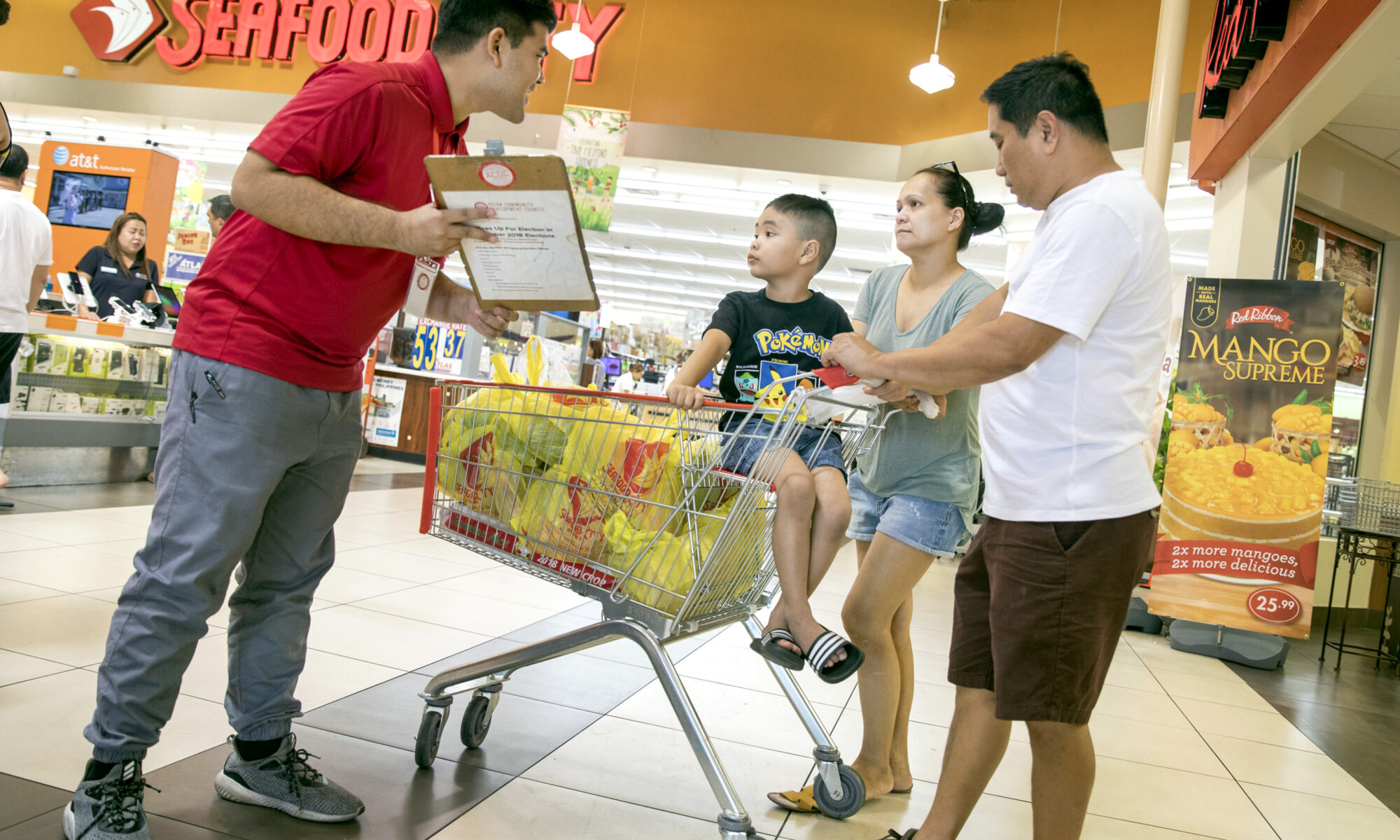 Who's paying for it: One APIA Nevada, a new nonprofit political advocacy organization focused on the Asian American and Pacific Islander community established this year

Size of buy: Six figures on television and digital

Where it's running: Statewide on the Filipino channel, ABS-CBN, and targeting Asian American and Pacific Islander voters through digital

The gist: This new 30-second ad urges voters within the Asian American and Pacific Islander communities to back a slate of Democratic candidates as both parties vie for AAPI support this election cycle. The ad features several members of the AAPI talking about issues they care about, including health care, women’s issues and education.

“I’m here because I care about making sure my community has access to quality health care,” one woman says, before another man adds, “I want Nevada to be a safe place for all women including my mom, my girlfriend and my five sisters.”

“I’m here because I want leaders who support an education system that works for all Nevadans,” another says.

They then urge viewers to back Rosen, Sisolak, Lee, Ford and Araujo in their respective races. 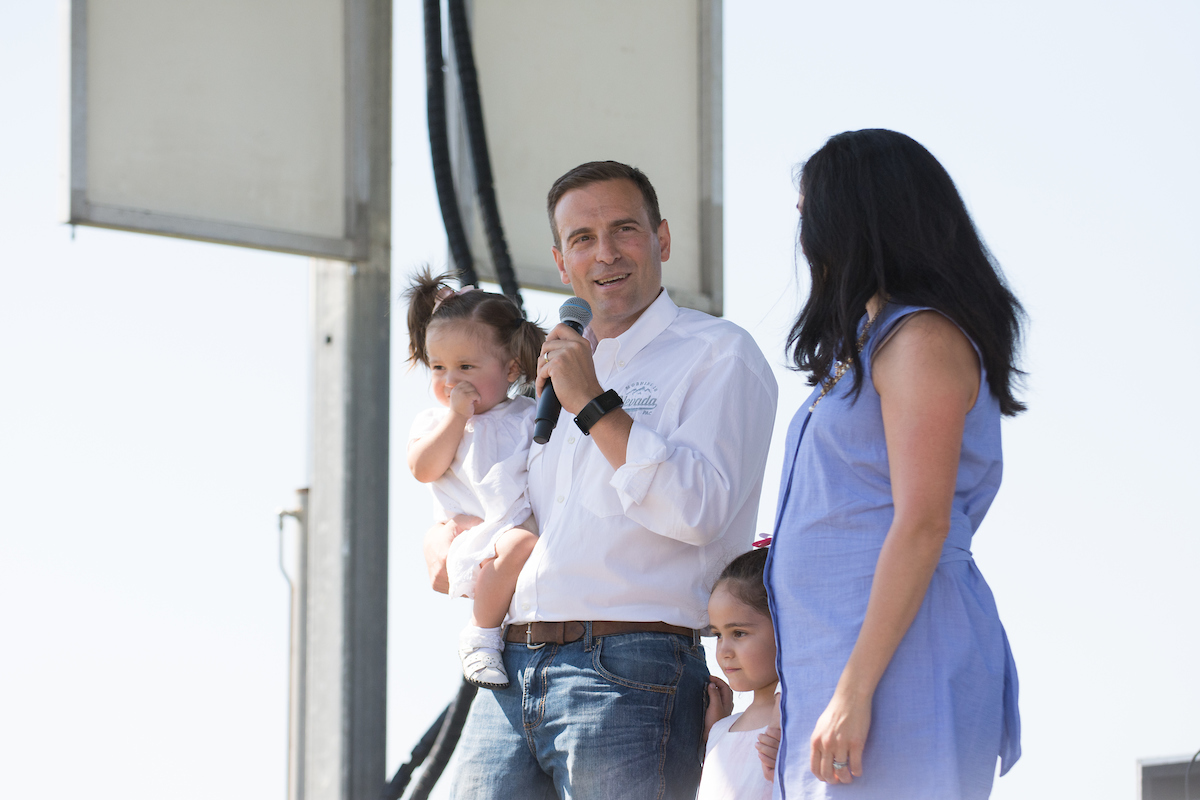 Who’s paying for it: Laxalt’s campaign

Size of buy: Campaign did not immediately disclose

When it starts: Approximately Oct. 30

Where it’s running: Campaign did not immediately disclose

The gist: This new 30-second ad features Laxalt’s wife, Jaime, who says, “I’m sure glad this race is almost over.”

She lists some of her husband’s accomplishments as attorney general, including working “with both parties to fix the rape kit problem that others had ignored.” The initiative was boosted by a federal grant that helped numerous states address backlogs of untested sexual assault evidence kits and was disbursed around the beginning of Laxalt’s term.

She also says he protected veterans and prosecuted elder abuse and sex traffickers. Laxalt’s office has highlighted its prosecution of a former UNLV football player, who was originally charged with the crime of sex trafficking but pleaded guilty to lesser charges, as well as a 2015 case that was the first such sex trafficking conviction out of the attorney general’s office.

“As governor, I know he'll make our future, economy and education better,” she says. “He'll keep us safe. I married a good man.” 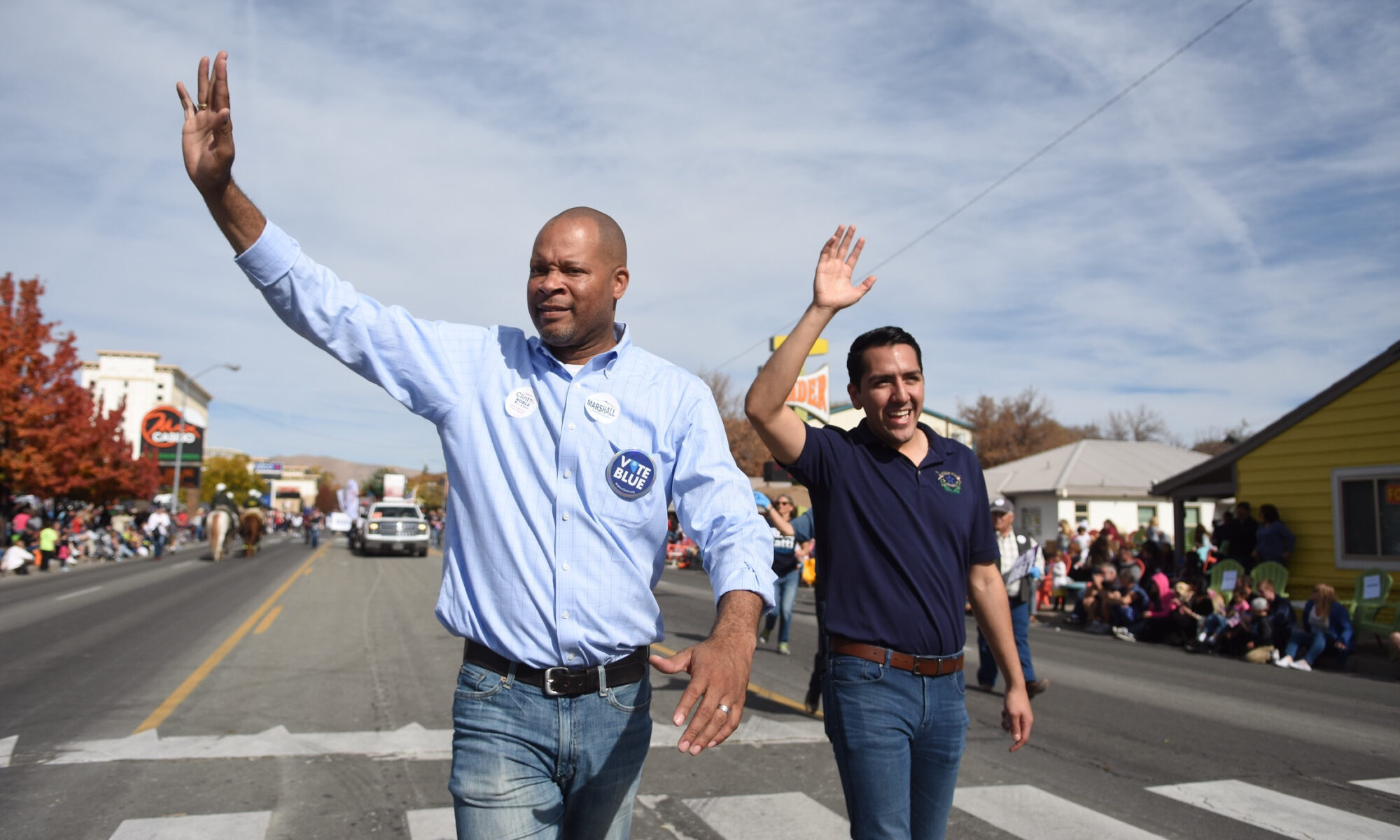 Who’s paying for it: Ford’s campaign

The gist: The 30-second spot highlights Ford’s wife, Berna, and three children, Alexander, Aaron and Avery, who proudly tout their dad’s accomplishments including his five diplomas and a law degree, and sponsoring bills to “protect kids and seniors” in the state Senate.