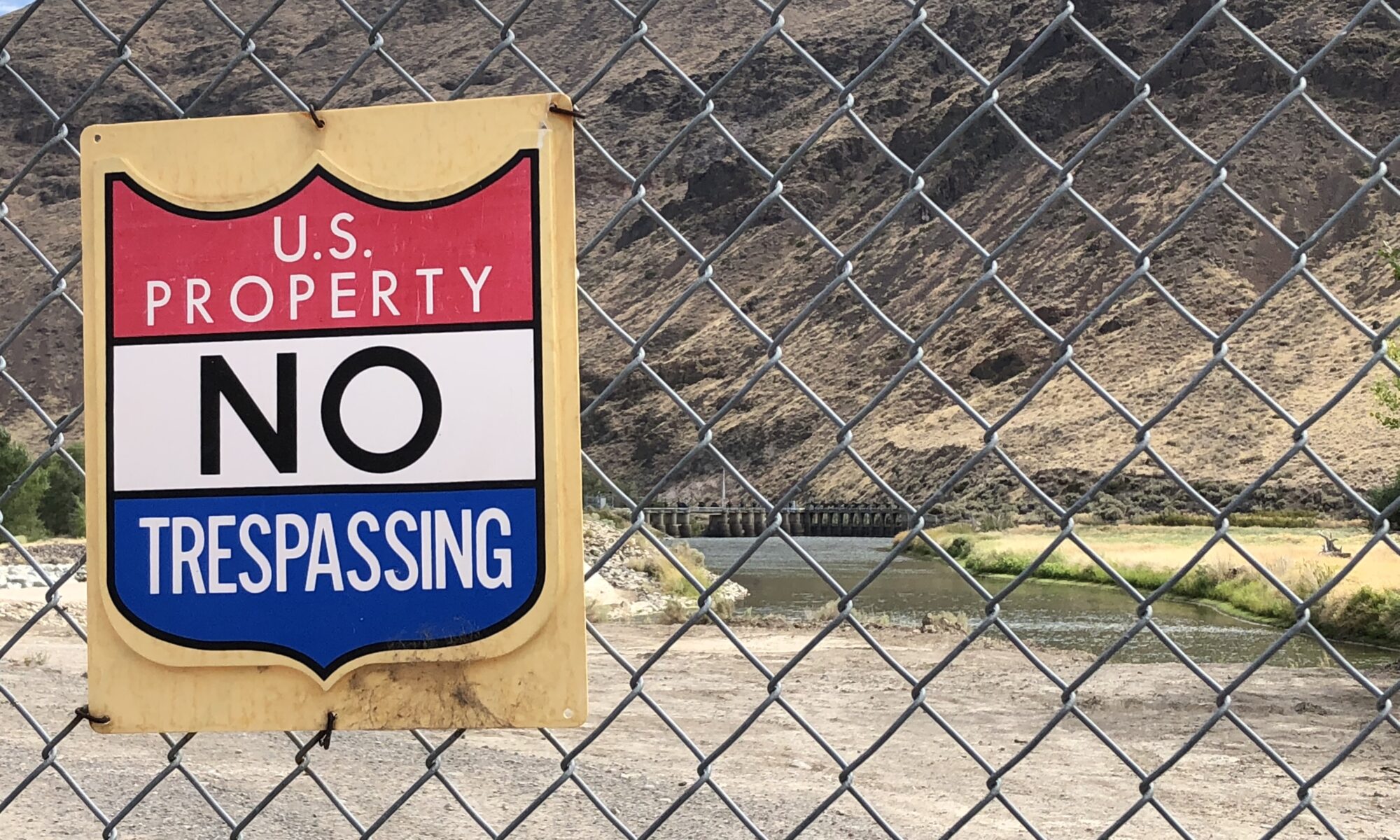 In late March, the Pyramid Lake Paiute Tribe sent a letter to the U.S. Bureau of Reclamation requesting that the agency delay a public comment period for a controversial and complicated project to do maintenance on the Truckee Canal, a manmade diversion off the Truckee River.

In the letter, the tribe asked to reschedule public workshops and government-to-goverment consultation with the agency, responsible for managing dams and diversions across the West.

But the agency denied the request.

In a letter responding to the tribe, the Bureau of Reclamation’s Area Manager, Terri Edwards, declined to push back the April 20 public comment period. She noted that the federal agency had instead created an opportunity for virtual public comment to weigh in on an environmental analysis for the Truckee Canal project and offered to conduct a consultation remotely.

“We have told Reclamation numerous times since that letter that we don’t think that a video conference or a telephone conference with the council would suffice under their obligation to hold government-to-government consultation,” said Chris Mixson, an attorney for the tribe.

The tribe was hardly the only party that objected to the bureau’s decision. Officials with the City of Fernley also wanted Reclamation to push back the comment deadline due to the measures taken to prevent the spread of COVID-19: limiting public meetings and encouraging residents to stay at home. When Reclamation denied the requests, Fernley sued in federal court.

“Non-essential governmental and legal proceedings of all types have been placed on hold, and deadlines have been tolled,” lawyers for Fernley wrote on April 9. “Despite this, and the fact other federal agencies have already granted COVID-19 extensions for public comment periods, Reclamation denied numerous requests to extend its April 20, 2020, deadline…”

The lawsuit highlights an issue that has frustrated everyone from local municipalities to tribes and environmental groups. What should state and federal agencies, responsible for collecting public comments on major decisions, do when they can no longer convene the public in person? Even if the public can comment online, is it a sufficient alternative during a public health crisis?

State and federal agencies have offered mixed messages on how they intend to move forward. But in most cases, agencies are approaching the issue on a case-by-case basis.

The public comment process is a key part of the process for analyzing the environmental impacts of actions, from permitting mines to leasing oil and gas, on federal land. With federal land comprising about 85 percent of the state, many of these decisions are closely watched.

“Public comment periods are an incredibly important tool for ensuring that the public has a role in making federal decisions with significant environmental, economic, and cultural impacts,”Sen. Catherine Cortez Masto and Sen. Jacky Rosen wrote to the Department of Interior on April 3.

But the department did not issue any overarching policy. Instead, 10 days later, it offered guidance for bureaus within the department, including on virtual public comment meetings.

As Reclamation moves forward with the canal project, the Bureau of Land Management (BLM), which manages about 65 percent of the state’s land, is looking at it on a “case-by-case basis.”

“Our actions, such as comment periods and lease sales, are being evaluated on a case-by-case basis and adjustments are being made to ensure we are allowing for appropriate public input, while protecting the health and safety of the public and our employees,” said Chris Rose, a spokesman for the state office, noting that the BLM was taking comment through mail or email.

Agencies often have to walk a fine line. If they do not provide ample opportunity for the public to  comment on governmental action and permitting, they could face litigation to undo a decision.

And the issues are not only on the federal level.

“Amid this global crisis, permitting mines has continued unhindered despite the fact that the public can not be reasonably expected to engage in ongoing public comment periods,” the groups wrote in a letter. “Many who would normally engage in commenting are in crisis as infection rates rise, and we reach record levels of unemployment.”

In the letter, the groups identified another issue that hampers the ability of groups, especially in rural communities, to weigh in on governmental decisions: limited access to the internet.

Fernley raised a similar issue in its lawsuit over public comment for the Truckee Canal project. It argued that domestic well owners, with limited access to the internet, might be shut out from the process. But the agency argued in court filings that in-person meetings were not mandatory.

Du dismissed the case and wrote in her order that “contrary to Fernley’s argument, the duties it seeks to impose on Reclamation are discretionary, rather than mandatory.”