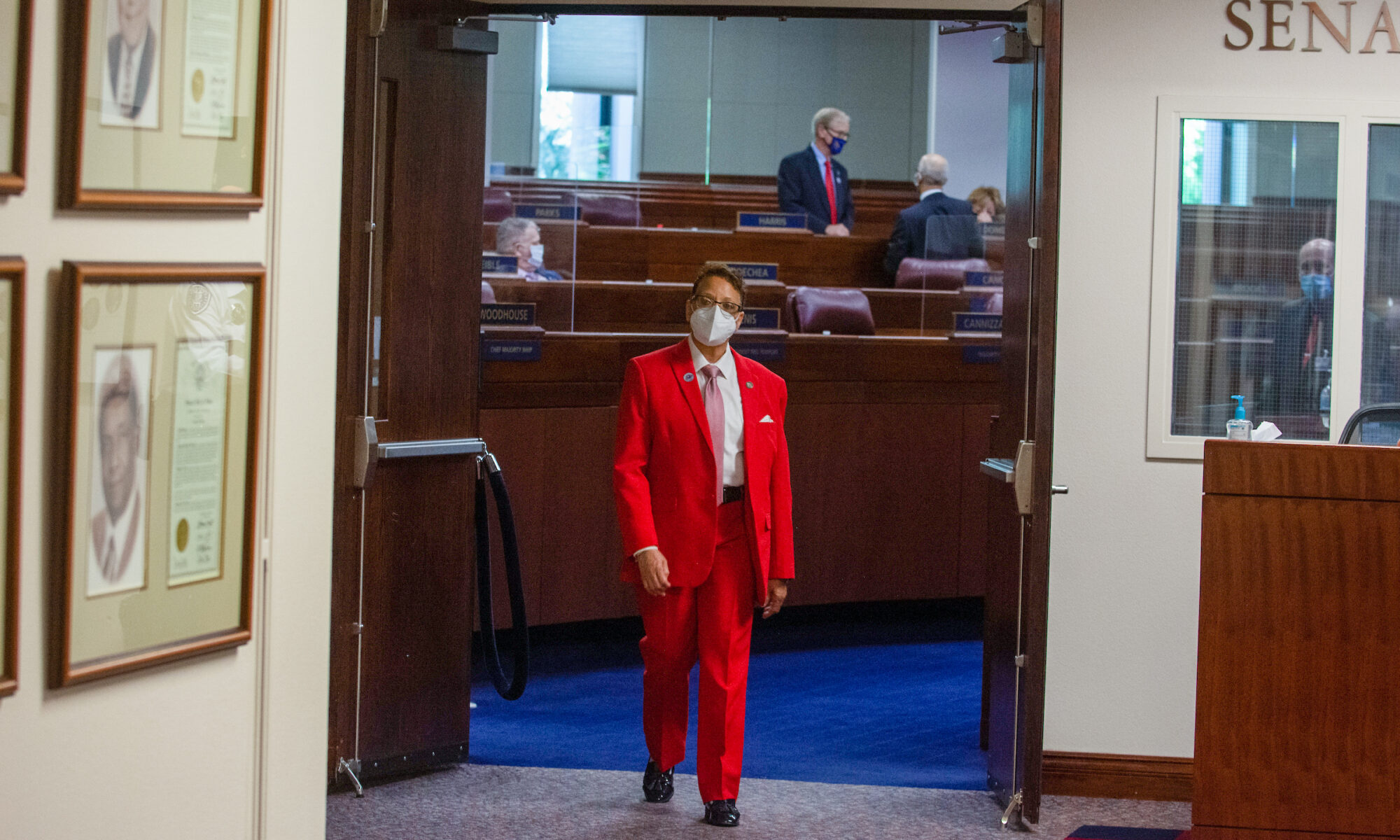 A bill aimed at increasing data collection on diversity within the largest businesses in Nevada led to a flareup between members of the Senate Judiciary Committee on Tuesday over possible effects on those firms.

The amended version of the bill, SB267, would require the Department of Taxation to annually survey corporations and government agencies with 1,000 or more employees about the diversity of their workforces, with a focus on women and women of color. Reports of that data, with personal information redacted, would then be made publicly available online.

Sen. Ira Hansen (R-Sparks) argued that the bill would take a step backwards by putting a focus on race and gender within the hiring process, and he said that the quest for quotas and diversity would be a violation of business rights and liberty. However, Sen. Pat Spearman (D-North Las Vegas) pointed out that the bill would only introduce a survey for existing workforces.

Hansen said the bill would ultimately lead to quotas or other disciplinary actions for businesses that do not meet a certain level of diversity once the data is collected.

“Our presenters have done an excellent job of explaining what this bill is and what this bill is not,” she said. “I appreciate that Sen. Spearman has subjected herself, once again, to this barrage of questions that I think has been largely not relevant to the bill.”

Spearman was joined during her presentation by Becky Harris, a Republican former state senator and the first female chair of the Gaming Control Board, and Jan Jones, the first female mayor of Las Vegas, who both argued that the bill could help promote diversity within the workplace and that the bill is not meant to punish businesses.

“This data should enable the development of best practices,” Harris said. “That can be shared to improve work environments throughout Nevada, as well as serve as an attraction and retention for top talent in Nevada.”

Despite agreement from the majority of those in the hearing that more data would be beneficial, the Nevada Resort Association, along with the Henderson Chamber of Commerce, opposed the bill, arguing that the sharing of the data collected could violate the privacy of businesses.

Misty Grimmer, a lobbyist for the association, said that much of the data the survey would collect is already submitted to the Equal Employment Opportunity Commission by large companies and that data could potentially be shared with the state. 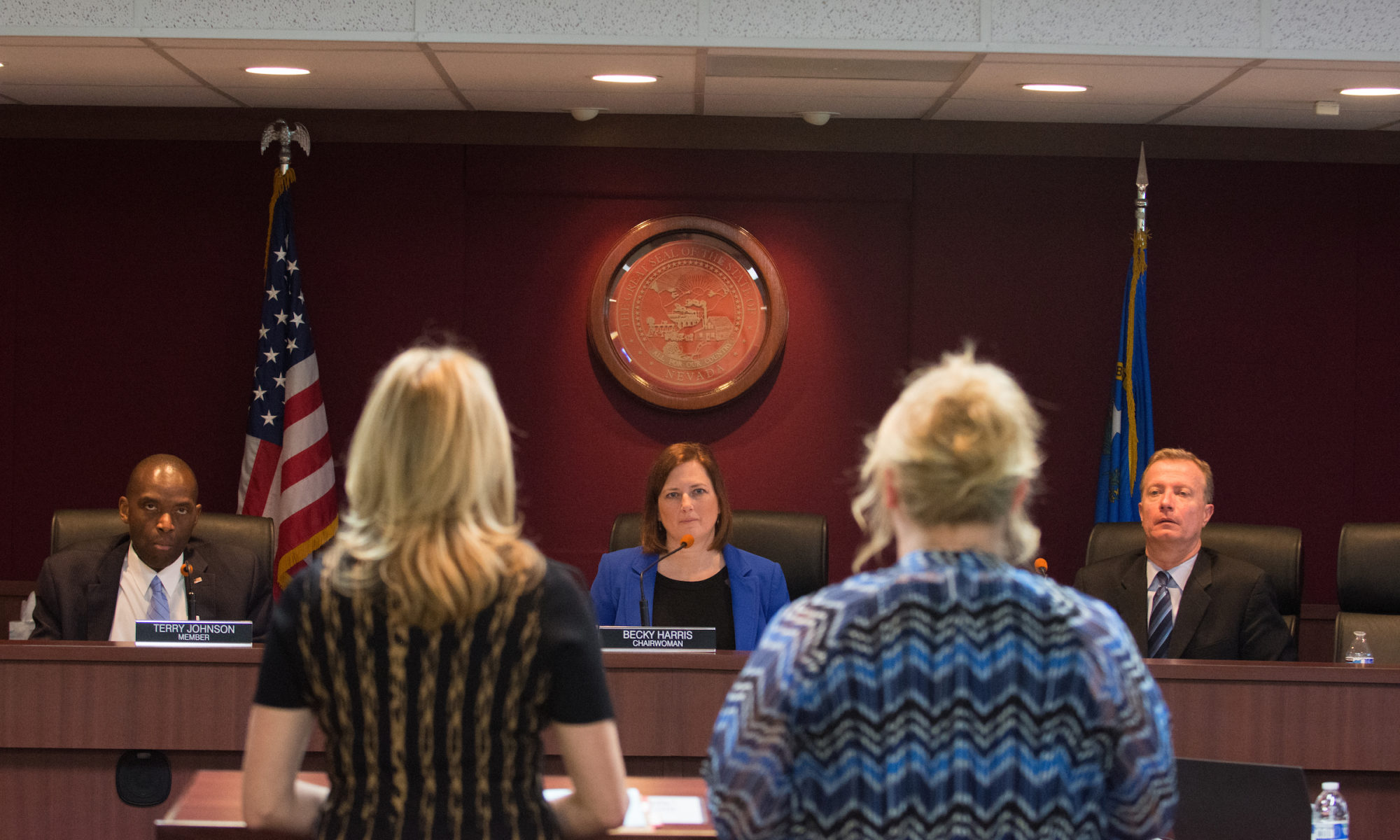 “Sandra Douglass Morgan will be an incredible asset to the Gaming Control Board and I am proud to be able to appoint her as chair,” Sisolak said in a statement. “Sandra’s extensive experience and record of leadership shows that she is not only qualified to chair the Nevada Gaming Control Board, but that she will excel at it as well.”

Harris was appointed by former Gov. Brian Sandoval last January to replace former Chairman A.G. Burnett, becoming the first female chair of the Nevada Gaming Control Board and second female board member. She previously worked as a lawyer at Jerimy Kirschner & Associates, and holds a Master of Laws (LL.M.) in Gaming Law and Regulation from UNLV’s Boyd School of Law.

She was filling out Burnett’s term, which only lasted until the end of the month, and it was unclear from the beginning whether Sandoval’s successor would reappoint her to the role.

Reached by phone, Harris did not comment on her next steps but offered well wishes for her successor.

“It was a privilege to serve Nevada in this capacity,” she said. “I gave it my full effort, tried to leave the board better than I found it and I wish [Douglass Morgan] every success.”

The Gaming Control Board is Nevada’s primary and full-time regulatory board for the casino industry, charged with investigative, enforcement, licensing and taxing gaming establishments in the state.

The Nevada Gaming Commission, on the other hand, is a part-time board that includes five members appointed by the governor to four-year terms. The commission acts on recommendations from the control board, and has the final authority to issue or revoke licenses.