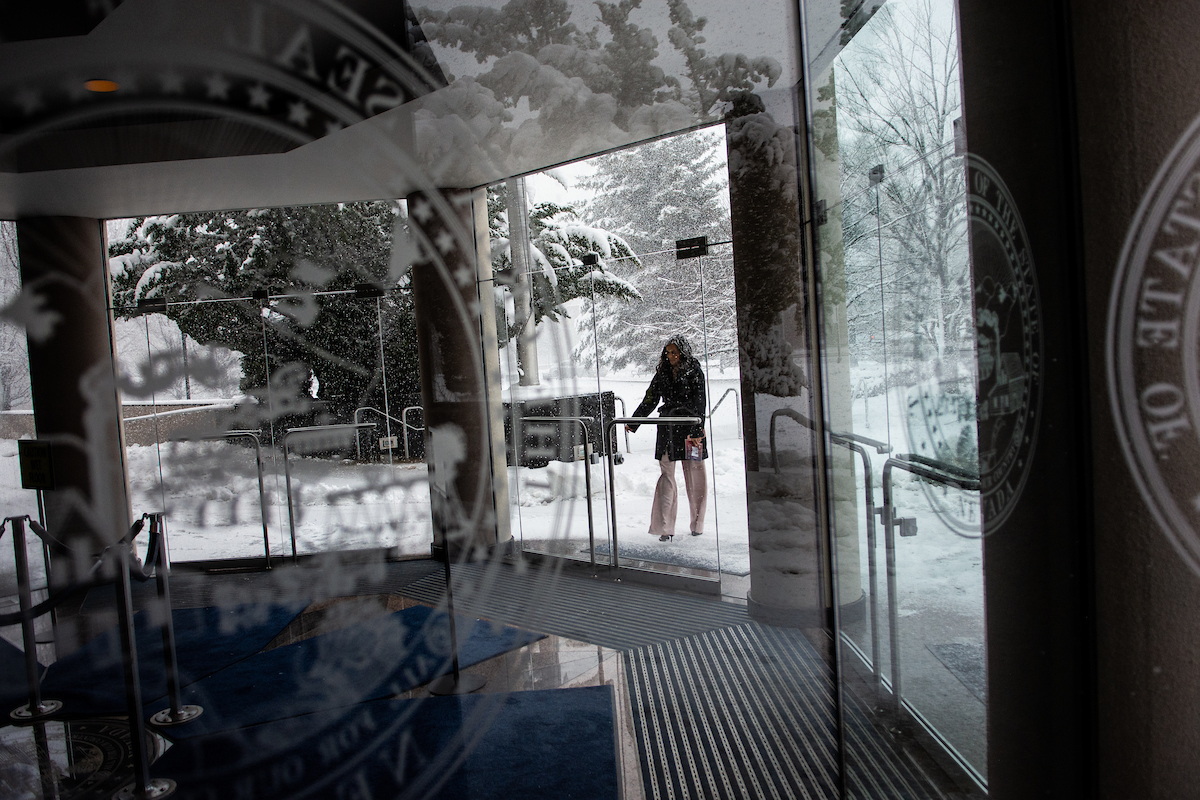 Lawmakers will get a crash course on education funding and Nevada’s property tax system on Tuesday, in addition to considering the idea of speed-detecting cameras to help enforce the law.

A full slate of bill hearings is mixed in with presentations from agencies including the Nevada Highway Patrol and the Nevada Seismological Lab.

For more information on the status of bills working their way through the Legislature, check out The Nevada Independent’s bill tracker. And for the bills in committee today, check out the Legislature’s website for committee times and links to watch live committee meetings and floor sessions.

Here’s what to watch for on Tuesday at the Legislature:

All the big education budgets

In a budget subcommittee, Senate and Assembly members alike will get an overview of some of the state’s most important education accounts. Acting state Superintendent Jonathan Moore is making presentations on the primary Distributive School Account, the New Nevada Education Funding Plan and a school safety account.

The subcommittee meets at 8 a.m.

The Assembly Judiciary Committee will hear AB110, a bill that would raise the penalties against people who assault a security guard. Existing law sets specific penalties for assaults committed  on officers, but the measure would expand beyond just traditional police officers.

The bill is sponsored by Democratic Assemblyman Mike Sprinkle. The committee meets at 8 a.m.

The Assembly Education committee will consider AB123, which would require more documentation when parents opt their children out of vaccines. Democratic Assemblywoman Connie Munk, the bill’s sponsor, said the lack of information-sharing between school districts and health districts makes it difficult to know which children should be pulled out of school during an outbreak.

State law requires children to have vaccinations to attend school, but allows exceptions for religious or medical reasons. Munk’s bill also requires a doctor’s certification when a person claims a medical exemption.

This bill, put forward by the Department of Public Safety’s Office of Traffic Safety, would allow cities and counties to install red light and speed cameras to enforce traffic laws. Any governments that choose to install traffic cameras would be required to launch a public information campaign about the enforcement system and establish a fine of no less than $50 for any violation detected by the system and no less than $100 for someone who fails to respond to a citation.

The legislation also requires that warning signs be posted no more than 300 feet from the location of a traffic camera and requires an employee of a law enforcement agency to review the evidence before a citation is issued. Such violations determined by the traffic cameras also could not be recorded by the DMV on a driver’s record and wouldn’t be deemed a moving violation.

The bill will be heard in Senate Growth and Infrastructure at 1:30 p.m.

A joint meeting of the Assembly Taxation Committee and the Senate Revenue and Economic Development will hear a presentation on property taxes in Nevada from Jeff Mitchell, deputy director of the Department of Taxation.

The hearing comes as lawmakers are likely to consider property taxes fixes this session, including a proposed constitutional amendment from Sen. Julia Ratti that would allow property tax depreciation to reset on sale.

The committees meet at 4 p.m.