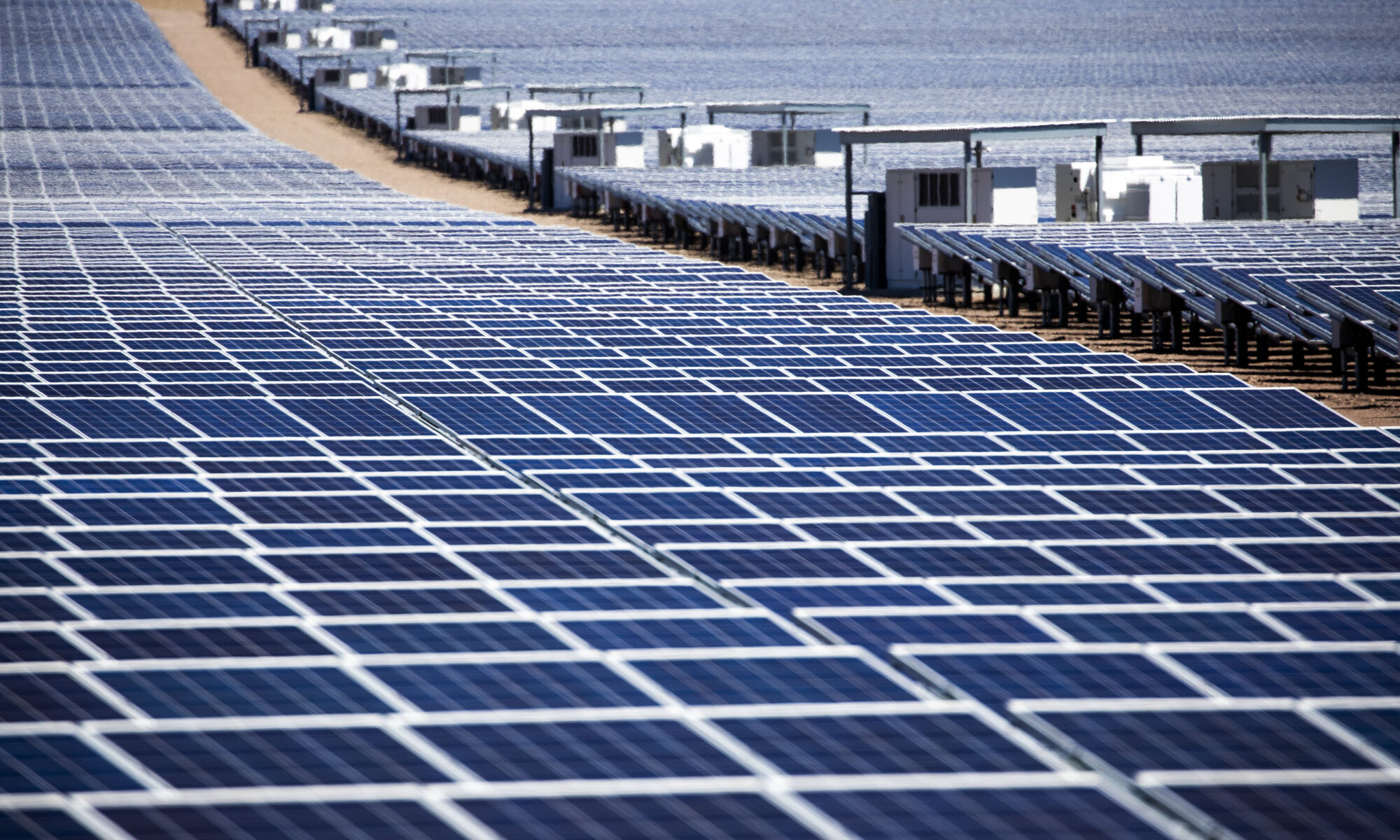 For a state that prides itself on an abundance of solar energy, a significant number of Nevadans who don’t live in the right homes or have adequate finances remain unable to tap into the state’s lucrative programs for installing rooftop solar.

Although finding a way for the more than 500,000 renters and others unable to access traditional rooftop solar programs hasn’t drawn the same public attention as the much-publicized 2016 battle over net metering, state lawmakers are considering a bill this legislative session creating a pilot program for expanded solar access aimed at helping low-income and other individuals unable to access rooftop solar. The bill also contains limited provisions allowing for community solar gardens — which allow multiple individuals or businesses to subscribe and receive benefits from a smaller-scale solar project on a centrally-located property.

AB465, scheduled for a hearing in the Senate Committee on Growth and Infrastructure on Tuesday, represents the last, best chance for renewable energy advocates to leave the 2019 legislative session with a bill that would directly expand direct solar access and likely lower electric prices for thousands of Nevadans priced out of traditional rooftop solar systems.

But it also represents a significant departure from efforts in other states and in prior legislative sessions to create a community solar model, instead granting multiple benefits and running the program through the state’s incumbent utility (and previous foe of community solar) NV Energy.

Still, renewable advocates say that regardless of the form, the need for expanded access to solar is abundantly clear, especially as other bills creating a more traditional community solar program and a “tenant solar” program for apartment-dwellers have failed to advance past legislative deadlines.

The bill creates a pilot program dubbed “expanded solar access,” requiring NV Energy to submit a plan to the Public Utilities Commission with implementation details and a capacity of 23,000 customers in Southern Nevada and 19,000 in Northern Nevada. It requires half of the program enrollment be reserved for retail customers who cannot install solar at their home, and a quarter each reserved for low-income customers and for disadvantaged businesses plus nonprofit organizations.

The bill requires any such solar access plan to include a “reasonable” mix of utility-scale and community solar projects, as well as community involvement as to where community solar sites are placed and a workforce development component such as apprenticeships. It also requires the program to offer a fixed rate, including bill savings for any low-income customers, but only a requirement for “stability and predictability and the opportunity for bill savings” for other program enrollees.

Notably, the bill will allow electric production for the program to come from the six planned utility-scale solar projects with more than 1,001 megawatts of generating capacity approved in late 2018 by the PUC. Although it requires a mix of those projects and “community” solar resources, the bill restricts construction of between three to 10 “community solar” projects, which must have a capacity of less than 1 megawatt and must be owned and operated by NV Energy — meaning the vast majority of electricity in the program will come from under-construction power plants.

Democratic Assemblywoman Daniele Monroe-Moreno, the primary backer of the bill, said the 3 to 10 limit on community solar projects was because it was unrealistic to expect more than 10 projects be constructed over the next two years, but said that the 1 megawatt capacity — amended down from 20 megawatts in the original bill — was the product of compromise.

“We just went with what the group collectively felt was the best number for this bill,” she said.

Cramer said that language would allow the utility to leverage the existing planned solar plants without requiring any new development, whereas an actual community solar model would incentivize new construction and development of solar plants throughout the state.

“I think there are a few smaller facilities thrown in, but it's not even clear whether there'll be a direct tie to a facility, and the further confounding piece is that none of these projects have to be new projects through the bill,” he said. “They're allowed to sort of co-opt existing utility scale projects into this program, so it's really driving the development of zero new solar projects.”

But Monroe-Moreno said she was wary of allowing independent businesses to provide electric services without being subject to the same regulations and rules that the incumbent utility, NV Energy, has to follow. She also cited concerns raised by her constituents about scam or fraudulent rooftop solar companies, and fears that similar situations could occur with private “community solar” businesses.

“My job here is to protect them, not a business entity that wants to come into our state,” she said. “If I can provide them with their needs that they want, and a business makes money, then that's great. That's a win-win for us all. But I couldn't see getting to both of them in this bill.”

Although Monroe-Moreno said NV Energy didn’t draw a “line in the sand” over excluding third-party operators from running community solar projects, she said it quickly became clear in behind-the-scenes meetings that the concept was untenable.

“We have 120 days to get a job done, and we had numerous stakeholder meetings where getting that part in would have bogged down the bill,” Monroe-Moreno said. “And if the most important aspects of that bill were to help low-income families and, that was a number one (priority), then let's do that now.”

In a statement, utility spokeswoman Jennifer Schuricht said the company was “pleased” to support the bill.

“It will provide an opportunity for those who are unable to participate in NV Energy’s existing solar programs to go green, while ensuring that economic and environmental benefits of building smaller scale solar projects within urban areas of Nevada bring value to all our customers and communities,” she said in an emailed statement.

“No one's done talking about distributed (generation) for quite a while,” Maggi said.

For her part, Monroe-Moreno said she would be willing to revisit the concept of other models of community solar down the road, but called the current proposal in AB465 a “great start.”

“We're not saying that this is the only community solar program the state would have,” she said. “It's a place for us to start and then grow from it and see what happens. Because what I've learned in the last hundred days, things are ever changing in the clean energy arena.”

The concept was not born in a vacuum, and instead comes from the ashes of Democratic Sen. Mo Denis’s community solar bill SB392 from the 2017 session. Although it passed out of the Legislature with most Democrats and a few Republicans in support, it was opposed by labor unions (who feared new plants could be built without unionized labor) and NV Energy, which cited concerns with transmission and distribution costs plus the pending Energy Choice Initiative ballot question, which failed on the 2018 ballot.

Ultimately, the bill was vetoed by former Gov. Brian Sandoval, who commended the general concept of community solar but raised concerns with the timing and framework, stating that the bill would give community solar operators an “unfair competitive advantage” by allowing them to operate like small utilities without the normal regulatory oversight.

“If passed, SB 392 could further disrupt Nevada’s energy markets at a time when those markets face uncertainty, and are already in the process of fundamental change,” he wrote in the veto message. “This disruption brings with it unnecessary risks, and likely unintended consequences, that could harm both Nevada’s ratepayers and its broader clean energy economy.”

Cramer said that his organization was disappointed by the veto yet excited heading into the session, and believed Monroe-Moreno would continue to work with his group ahead of the next legislative session on the concept. But he said the state is continuing to lose out on benefits of community solar, and that the small projects allowed under the bill wouldn’t give the full benefits of any actual “community solar” program.

“I think they probably would've been better off to just offer direct payment bill savings to a number of customers and take up community solar next time, because they were already going to build all the solar that will be dealt anyhow regardless of this program being created,” he said. “So it's doing nothing novel.”