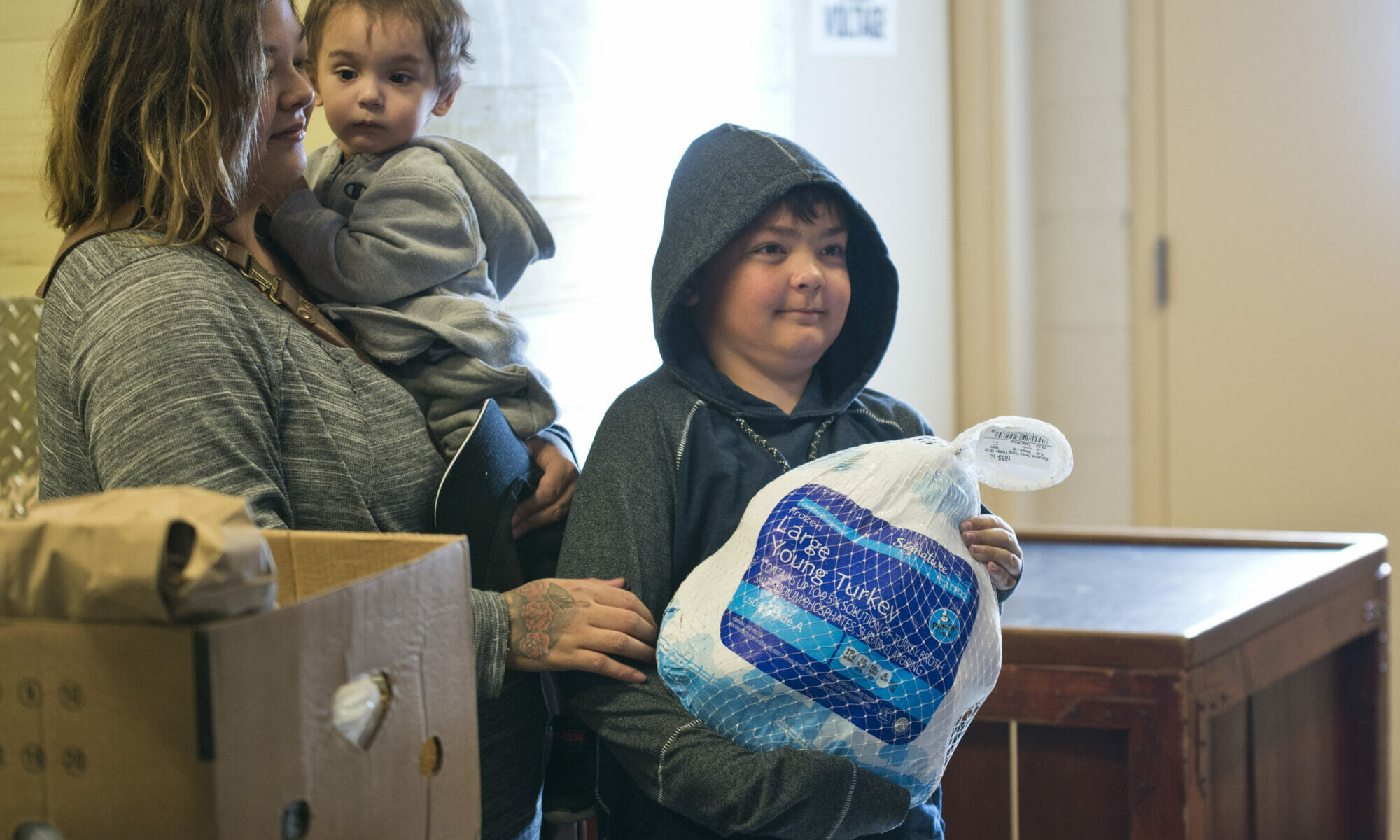 The roughly 434,000 Nevadans on food stamps can count on at least one more month of benefits despite the partial federal government shutdown, but lingering uncertainty has state officials and nonprofits preparing for the worst.

With congressional leaders and President Donald Trump at an impasse, the shutdown has left more than 3,000 Nevada federal government employees either out of work or without a paycheck, while slowing or stopping federal assistance for wildfire recovery, land management, conservation efforts and tribal support.

The next federal program to feel the shutdown squeeze may be the Supplemental Nutrition Assistance Program, also known as SNAP, which provides assistance to roughly 14 percent of the state’s population. Although funding for the program has been extended into February, any cessation of funding for the safety-net program could have an oversized effect on Nevada, which had the highest percentage growth in food stamp enrollment nationally between 2013 and 2016 and a 259 percent increase in cases between 2007 to March 2018.

Nevada’s population on SNAP is starting to decrease, but still remains high. As of October 2018, the state saw its first reduction in SNAP recipients since 2015, with an average of 437,518 people enrolled in the program throughout the fiscal year, good for a 0.7 percent decline year over year. But the number of food stamp recipients in the state is still significantly higher that it was in 2010; approximately 14 out of every 100 Nevadans receive food stamps, compared to about 9.6 out of every 100 in 2010, or a 68 percent increase over nine years.

Already, state officials are asking the federal government whether the state can be reimbursed for spending state dollars to partially fund the program if the shutdown continues, and is beginning to prepare a priority list of at-risk populations to continue receiving SNAP benefits if the federal government fails to continue food assistance payments.

State Health and Human Services Director Richard Whitley said in an interview he was perplexed by Trump’s comments earlier this month that the partial government closure could last for “months or even years,” saying that constant derailments of federal policy — from the nearly successful effort to repeal the Affordable Care Act in 2017 to the current shutdown — had kept the department off-kilter and not focused on improving health outcomes in federally-funded programs.

“I’ve worked for 30 years in government,” he said. “I haven’t ... seen where we didn’t think something could get resolved and meet in the middle, and maybe lessen the impact.”

“I don’t think we’ve ever had anyone at a federal level say it could go on for years,” he added.

The shutdown began on Dec. 22, affecting funding of nine executive departments and approximately 800,000 federal employees. It’s been driven by President Donald Trump’s demand for $5.6 billion for a border wall with Mexico in exchange for signing appropriation bills funding the government — resulting in the longest government shutdown in American history.

Although SNAP is a mandatory entitlement similar to Medicaid and Social Security — meaning anyone who meets program eligibility requirements is entitled to receive benefits — the program isn’t automatically funded and relies on regular congressional appropriations to continue.

Fears of food assistance programs running dry of funds were somewhat alleviated last week when U.S. Department of Agriculture Secretary Sonny Perdue announced that the federal agency would provide full SNAP and other nutritional programs funding for states throughout the month of February.

But because of the federal law used to deliver the next month’s benefits, February funds for the approximately 434,000 Nevadans on food stamps must be loaded on or before Jan. 20, leading to fears that SNAP enrollees may not be able to successfully stretch those dollars for an entire six-week period if the shutdown continues. As of Nov. 2018, average SNAP benefits in Nevada were about $224 per household per month.

Jodi Tyson, an executive with Southern Nevada food bank Three Square, said she had a “sense of dread” before Perdue announced SNAP benefits would extend into February, given their outsized role in providing food for poor families. But she said loading February benefits earlier than normal could leave recipients out of funds halfway through the month or earlier.

“We know that those benefits only really last people about 3 weeks,” she said. “It’s difficult to stretch those dollars all the way across the month because they were designed to be supplemental, knowing that people put extra money into their grocery bill.”

According to the left-leaning think tank Center on Budget and Policy Priorities, SNAP accounts for about 10 percent of the nation’s residential food purchases, is used at 260,000 retailers and generates about $63 billion in spending each year. Statewide, Nevada SNAP recipients spend an average of $51.6 million per month in food stamps, including $41.7 million in Clark County and $5.1 million in Washoe County.

Whitley also said he was concerned about the large number of Medicaid recipients who also receive SNAP benefits. More than 376,000 people are enrolled in both SNAP and Medicaid, according to department figures from Oct. 2018, and another 22,500 are enrolled in both SNAP and the Temporary Assistance for Needy Families program, the federal block grant that provides cash assistance to families with children.

State Division of Welfare and Supportive Services Administrator Steve Fisher said that the state has more than 90 days in reserve funds for the TANF program, and was less concerned about that program, given that the state usually has ample reserves because the program has stringent eligibility requirements and the federal government gives states wide latitude on how to spend it.

State officials estimate that about 51 percent of TANF funds are made as direct payments to program enrollees, with the rest available for other state programs.

But Tyson said that the state and food banks needed to take “definitive action” on contingency measures in case the shutdown continues and federal funding for nutrition programs dries up, placing the burden for the program on local governments or schools.

“SNAP is a critical program in the safety net for people that are struggling, and food banks cannot replace that,” she said. “I would be concerned if I was a SNAP recipient, and I am concerned as a food bank employee and all of our community leaders are concerned about it too.”

Some of Nevada’s congressional representatives have cited SNAP funding as a reason to end the shutdown, including Democrats Rep. Steven Horsford and Sen. Catherine Cortez Masto, who said in a floor speech last week that continuing the shutdown put program enrollees “at risk of losing access to the food assistance that keeps them and their families healthy.”

Tyson also said she was particularly concerned about the shutdown fettering federal assistance programs for Nevada’s tribal communities. Already, many Nevada tribes dependent on federal funding have had to furlough or cancel municipal services, and the federal Food Distribution Program on Indian Reservation program will continue food deliveries through February but will not provide administrative funding beyond Jan. 31.

She also recommended that furloughed federal employees apply for SNAP and other assistance programs as soon as possible, noting that in-person sign-ups are processed quicker than online applications. As of last week, state officials said more than 150 federal employees had filed unemployment forms with the state and thousands more are eligible to apply.

Whitley, who was appointed by former Gov. Brian Sandoval in 2015, said the department was still trying to find ways to improve the food stamp program, including a request for a waiver for the state to prevent SNAP enrollees from using the funds to purchase “sugar sweetened beverages.” In a January rejection letter, a federal SNAP administrator denied the request in part because it will “likely” increase program costs and allow the government to “restrict what individuals can eat in their own homes without clear evidence of meaningful health outcomes.”

But Whitley said attempts to improve federally funded health-care programs such as SNAP had taken a backseat during the Trump administration.

“We live in a constant state of concern,” he said. “What was a crisis or acute is now chronic because it’s been happening so long...We’ve not been out of this environment where these programs have not been under some sort of threat.”