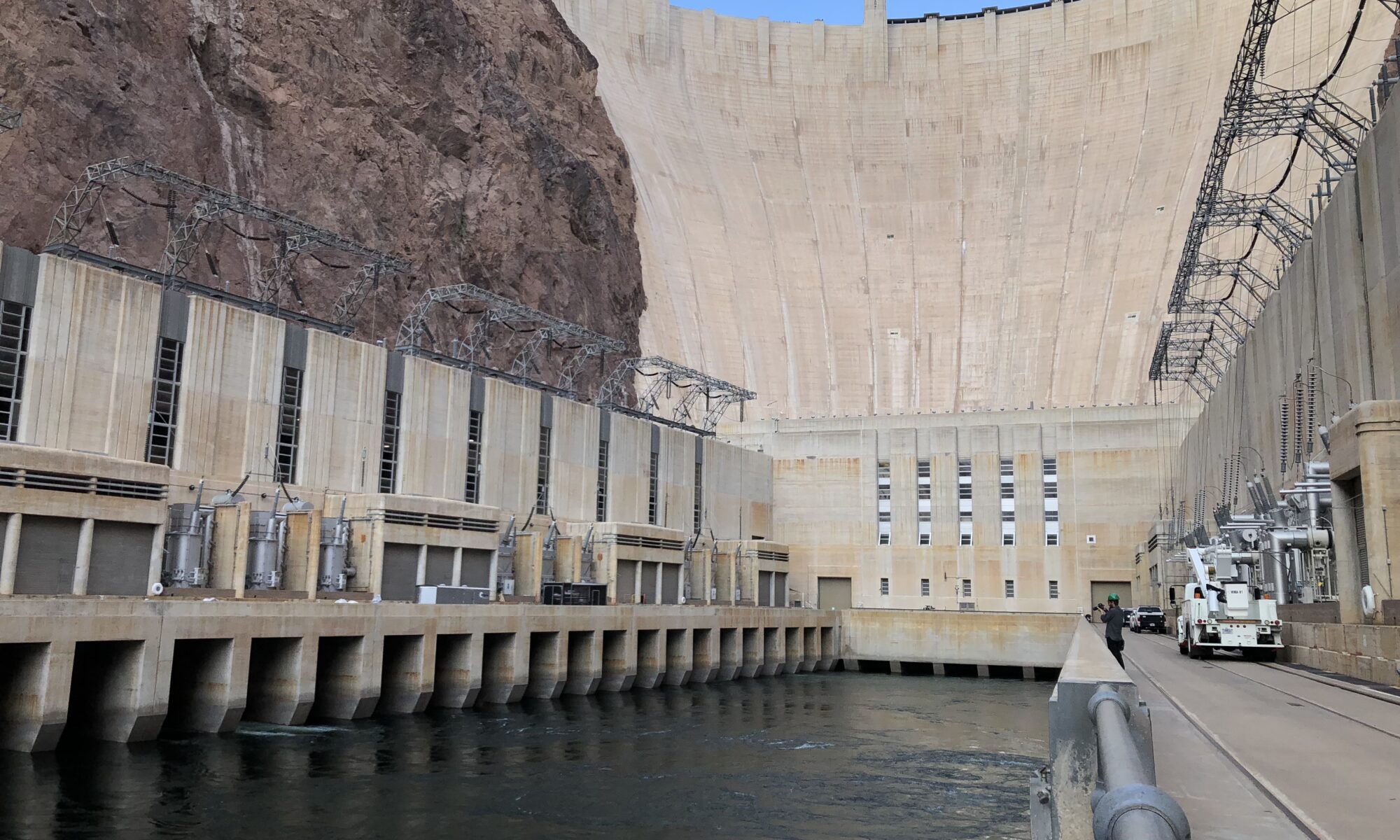 In Nevada, there are few words more synonymous with the term renewable energy than “solar,” a given in a state called the “Saudi Arabia of solar.”

That connection and subsequent imagery of massive solar fields blanketing the Nevada desert dominated messaging around a 2018 ballot question and a bill approved by the 2019 Legislature raising the state’s Renewable Portfolio Standard to 50 percent by 2030.

Gov. Steve Sisolak — who during the 2018 campaign cut an ad in which he appeared in the midst of a solar field touting his support for raising the RPS — signed the bill, SB358, on Earth Day surrounded by appreciative lawmakers from both parties, who applauded the Democratic governor’s pronouncement of the bill as a “major milestone” in driving renewable energy growth in the state.

In fact, the bill will increase compliance with the state’s Renewable Portfolio Standard overnight — but in a much less-publicized way.

A seemingly minor change in the legal definition of hydropower could have potentially significant implications by allowing entities, including NV Energy, to leverage existing large hydropower facilities toward meeting the RPS, thereby giving them a leg up toward meeting an increased standard without requiring any new spending to expand renewable energy.

Had the bill been in effect last year, NV Energy would have been able to meet around 12 percent of its mandated RPS goal just with electricity generated by the Hoover Dam.

The 2019 bill’s sponsor, Democratic Sen. Chris Brooks, said in an interview that the change was in part meant to give more leeway to entities now required to meet the standard, as well as to rural electric cooperatives locked into long-term hydropower contracts. He said past concerns that favoring hydropower would push other renewable energy sources to the wayside were outdated, and that the bill was an attempt to have the RPS accurately reflect the actual renewable generation in the state.

That change marks the end of a longstanding state policy of not including hydropower in the RPS formula — a deliberate omission intended to spur development in nascent renewable sources such as solar, wind and geothermal energy.

Rose McKinney James, a lobbyist and energy consultant credited with helping the state pass its first RPS in 1997, said the initial portfolio standard was set up to focus on “traditional” renewable energy sources and that including hydropower would have made it “very challenging to get any momentum from solar.”

“Hydro is obviously an important part of the overall mix, but it doesn’t get to the essence, to the heart of what we’re trying to do in this state, which is to drive development using our indigenous resources,” she said in an interview.

Electricity produced by waterpower was added to the state’s definition of “renewable energy” in 2003, where lawmakers added a limited exemption for hydropower projects used exclusively for agriculture or projects with less than 30 megawatts of generating capacity.

But concern was still evident even in 2003; former Assemblywoman Barbara Buckley raised concerns during a hearing that the bill would “gut everything we are trying to do” in developing new electric resources.

But the bill approved unanimously by lawmakers and signed into law by Sisolak last month removes many of those exemptions, meaning renewable energy created by large hydropower producers — namely the Hoover Dam — can now be credited toward meeting the state’s Renewable Portfolio Standard.

How it affects NV Energy

The measure could have a sizable impact for NV Energy, which receives a large percentage of the state’s share of electricity annually produced by the dam — providing enough power to serve 1.3 million people in the Southwest.

According to 2017 data from the Colorado River Commission, NV Energy receives more than 497,700 megawatt hours of electric generation from the Hoover Dam. Under the state’s RPS system, that production means it will generate the same number of “Portfolio Energy Credits,” which are required for yearly compliance with the standard.

A Renewable Portfolio Standard works by setting up an artificial marketplace where renewable power plants gain “PECs” (Portfolio Energy Credits) for producing renewable energy. The state runs a marketplace where PECs can be bought and sold, and requires NV Energy and other applicable entities to meet a certain percentage standard by turning in enough credits as compared to their total electricity generation.

In NV Energy’s 2018 RPS compliance report, the utility reported nearly 20.5 million megawatt hours of electric sales over the year, with a 20 percent RPS requirement of around 4.1 million PECs. If the hydropower credited to the utility was applied to the RPS in 2018, it would make up about 12 percent of the credits needed to meet the 20 percent RPS target — boosting the utility's reported renewable production numbers by about a tenth without having to spend a penny more on renewable energy programs.

Although the addition of hydropower will help the utility meet required renewable standards, the company has already taken steps to meet a higher RPS. NV Energy has held steadfast since announcing in 2018 the company’s support of raising the standard to 50 percent by 2030, and won approval last year from state energy regulators to construct six new large-scale photovoltaic solar power plants, more than doubling renewable energy production in the state by 2023.

It exceeded its RPS compliance target in 2018, the ninth straight year of doing so, and a utility spokeswoman said in an email that the company will comply with the new RPS “as it aligns with our long-term goal of 100 percent renewable energy at low costs for customers.”

Andy Maggi, the head of the Nevada Conservation League, said that although his organization typically opposes new hydropower development given negative effects to the environment through disruption of stream flow and local ecosystems, his organization was fine with including more hydropower into the RPS formula given that rural cooperatives and power districts had signed multi-decade hydropower contracts and would be relying on that power source for years to come.

“We understand that for a lot of municipal utilities and co-ops, their system was baked decades ago when the rural electrification programs were going on and the BLM reclamation projects,” he said. “And so a lot of that energy has been in existence, and they haven't gone beyond that that need and demand too much.”

Maggi said that building “a big dam just doesn't make sense anymore,” and supported the provision in the bill exempting any new hydropower facilities from being included in the definition of “renewable energy.” He said the inclusion of hydropower only makes up a small percentage of future RPS compliance and wouldn’t preclude NV Energy and other entities from having to meet the higher renewable standards.

“It's not peanuts; it's not a de minimis amount that we can just sort of ignore,” Maggi said. “But I think it's not enough to where the utility is not going to have to go out and build new, clean energy resources.”

The addition of hydropower will also likely be a boon to state agencies — such as the Colorado River Commission, which manages the state’s allocation of Colorado River water and hydropower created by the Hoover Dam. Eric Witkoski, the commission’s executive director, said the inclusion of hydropower would likely help the commission meet its newly required RPS target, but said he was still reviewing how the agency would be affected by having to meet the new renewable targets.

“We haven't really thought through how all of this is going to work, and it's not something we’ve had to deal with in the past, so it’s still something we’re reviewing,” he said.

Southern Nevada Water Authority spokesman Bronson Mack said the public agency — also now required to meet the RPS bill — was supportive of the higher RPS and that it had already been working prior to bill passage to voluntarily comply with the renewable standard.

Brooks, the bill sponsor, said the inclusion of public agencies and hydropower was meant to give them the opportunity to sell or trade excess PECs to other energy users out of compliance with the RPS.

“This just kind of broadens that market that’s available,” he said.

Other states have varied in the amount of hydropower they allow as part of their RPS; according to a 2014 analysis by the Hydropower Reform Coalition, 37 states allow hydropower to count towards the RPS with various restrictions depending on size, technology, or if the hydropower facilities consider environmental impacts such as stream flow, fish passage or water quality.

Kelly Catlett, a director at the Hydropower Reform Coalition, said California opted to severely limit hydropower when it first adopted renewable standards, excluding any project with more than 30 megawatts of capacity and requiring any smaller-scale projects demonstrate that they don’t adversely affect river flow. She said the limitations also came from a desire to spur development of other renewable energy production.

“Simply grandfathering in existing large hydropower does nothing to incentivize the creation of new renewable energy sources,” she said.

Although the coalition's website recommends against including hydropower towards an RPS except in limited cases, Catlett said the language was slightly outdated and that electricity produced by waterpower — which is typically more reliable and not as intermittent as solar or wind energy — was an important component as states move to reduce their use of fossil fuels. She pointed toward the state’s recently passed legislation requiring 100 percent of fuel used in the state to come from “carbon-free” energy sources — something currently undefined but likely to include large-scale hydropower projects.

“I think there is a realization now that if the goal is to reduce emissions and spur new development of renewables, while we can define renewables (to exclude hydropower), maybe after a certain point it doesn’t really matter what exactly the technology is,” she said. “If it can cause reduced emissions, then that’s good.”

That sense of having the state’s RPS reflect actual renewable energy production is something that doesn’t currently happen in Nevada, where the actual fuel mix in the state typically runs behind the RPS goal. It’s why Brooks, the sponsor of the 2019 bill, said he wanted to remove “multiplier” and energy efficiency credits from the RPS to make sure that it was a more accurate reflection of renewable production.