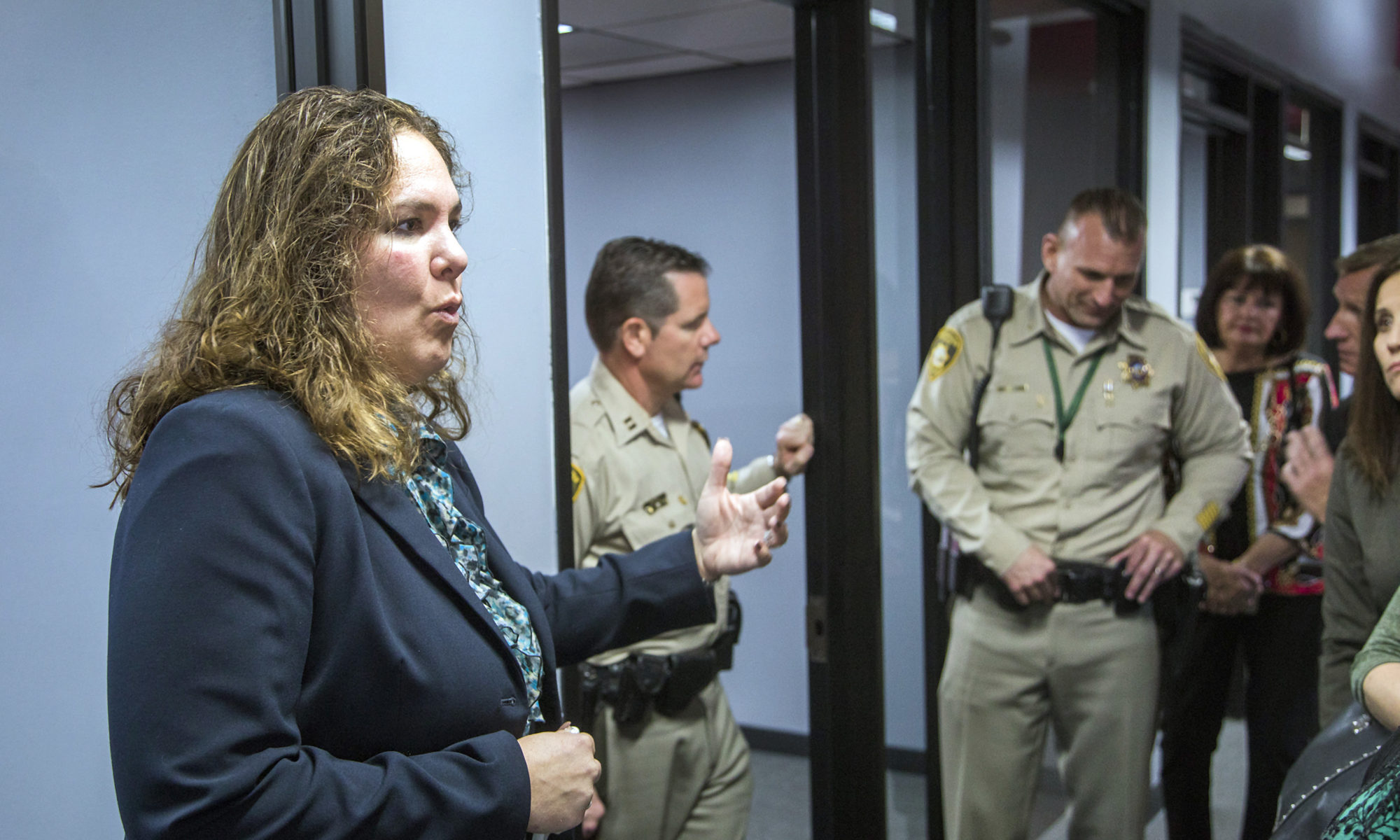 Nevada’s effort to give people on parole and probation more supervision and services instead of putting them behind bars when they commit non-violent, “technical” parole violations appears to be having some early success.

An independent study by UNLV Center for Crime and Justice Policy researchers on the state’s new Day Reporting Centers shows participants in the program generally had more success landing housing, holding a job and staying out of trouble than a control group. The randomized controlled trial examined the progress of 400 parolees and probationers over the course of one year.

“Overall, DRC participants exhibited better outcomes than control group members who participated in traditional probation and parole,” said the report, which was released Monday at an Assembly Judiciary Committee meeting but was not posted online due to questions about UNLV’s copyright on the material. “The promising results of this evaluation appear to be driven by DRC graduates’ long-term and diverse engagement with services and programming in combination with intensive supervision.”

The physical Day Reporting Centers — one located in a remodeled downtown Las Vegas office building and the other located in Reno — are part of a public-private partnership between the state’s Division of Parole and Probation and the company Sentinel. Parolees who are having trouble on supervision can be assigned to the center as an “intermediate sanction” instead of the typical solution — being sent to jail for three weeks at a cost of about $140 a day before being cleared to go back on parole.

The center offers 90-minute classes on everything from job seeking to impulse control. It also offers basic support and supplies that could help people re-entering the community after incarceration, including a computer lab, a clothes closet at the Las Vegas location and donated bikes available for participants in Reno.

The state budgeted $1.3 million over two years to run the center. Since the Las Vegas center opened in October 2017 and the Reno center opened in February 2018, 641 people have participated or are currently participating in the program out of the approximately 21,000 people under supervision by the Division of Parole and Probation.

Among those participants, 18 percent have graduated from a core course in moral reconation therapy that seeks to improve a person’s moral reasoning, and 12 percent have completed their term of supervision. On the other hand, 14 percent have had their parole revoked, and 18 percent have absconded.

Parole and Probation Chief Natalie Wood said she estimates that investment has saved $3.8 million in incarceration costs. Incarceration in Nevada is projected to be about eight times more expensive than parole or probation.

The report notes that previous research into DRCs, a concept that first emerged in the 1970s, has used inconsistent methods and has shown mixed results that make it hard to conclude whether DRCs are effective overall.

Study authors recommend looking further into how effective DRCs are over a 24- or 36-month period. Because the division defines recidivism as reoffense within three years, it’s still unclear whether the DRCs that have been around for about a year are effectively reducing recidivism.

“The real test is going to be the recidivism,” Assembly Judiciary Committee Chair Steve Yeager said in an interview. “Hopefully those people are going to come back at a reduced rate, but we just don’t have enough time to know that … I’m hopeful. You can’t save everybody, right? Some folks are going to have to end up going to prison, but I think it’s a nice second step and the amount of graduations is encouraging.”

Wood said she considers the endeavor a win so far.

“For everybody that’s participated in the DRC, that’s one individual, if not for the DRC, we would have been seeking a revocation on,” Wood said. “So one person participating, graduating, effectively completing their supervision is one less crime and one less victim. So to me it’s already a success.”