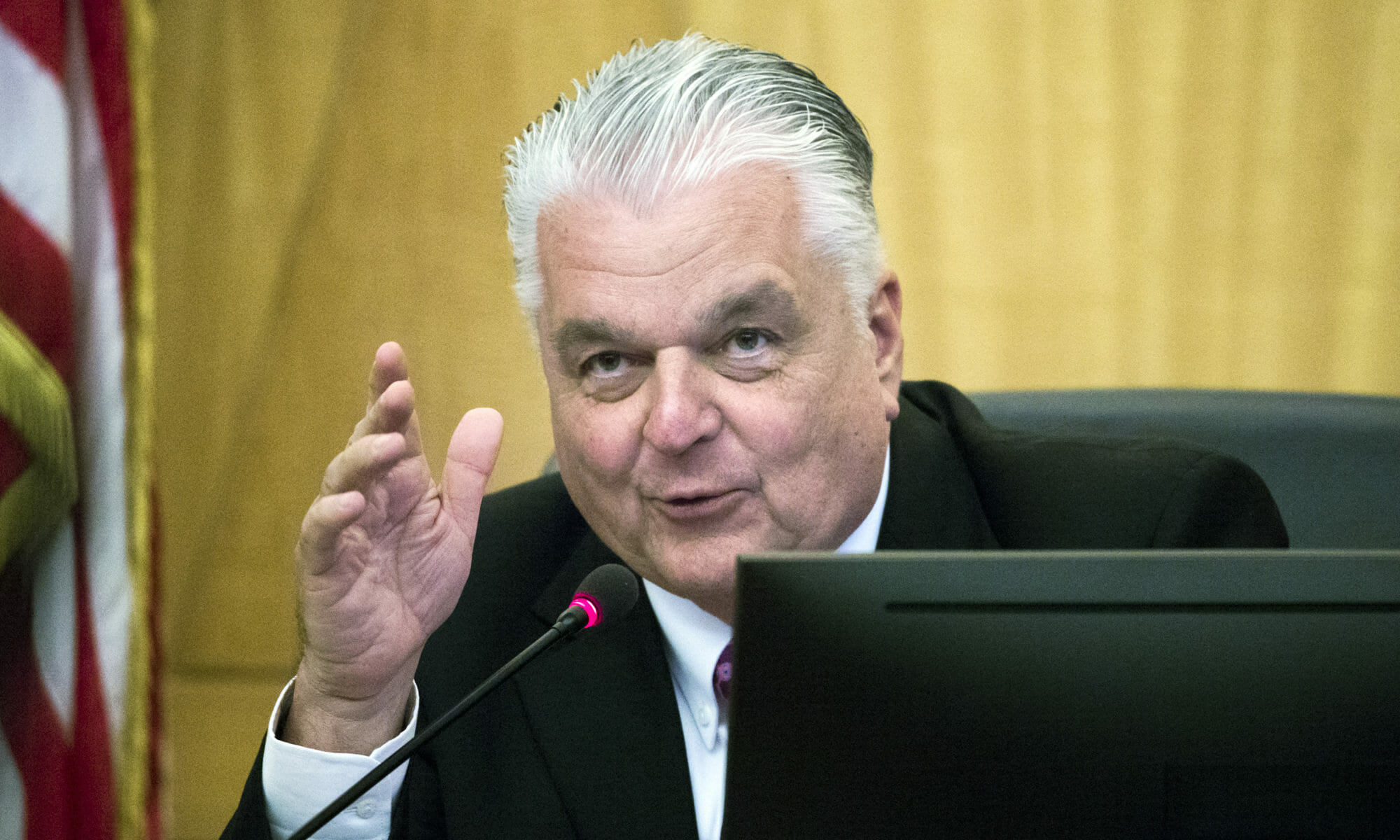 A mix of lobbyist meetings, fundraisers, campaign events and county business dominated Gov.-elect Steve Sisolak’s calendar throughout the first 11 months of 2018, according to a copy obtained by The Nevada Independent.

Sisolak, who defeated Republican Adam Laxalt in the November election and will be sworn in next month as the state’s first Democratic governor in 20 years, kept a packed schedule through most of the year, ranging from meetings with gaming executives, business leaders, top lobbyists and other candidates for office, along with debate prep, campaign events and nearly three dozen fundraisers in addition to his normal county business.

The information was obtained via a records request submitted by The Nevada Independent on Dec. 7 for a copy of the Clark County Commission chair’s calendar from Jan. 1 to the first week in December. Some caveats: just because a meeting was scheduled in the calendar doesn’t necessarily mean it happened, and the calendar isn’t a definitive record of Sisolak’s meetings and activity on the campaign trail.

With hundreds of entries, the calendar provides a behind-the-scenes glimpse into the relationships and schedule of the man soon to be Nevada’s 30th governor.

Two of the meetings were held with longtime Walters Group president Mike Luce in January and August. Another two meetings with Brown were held with developer Don Webb, the Raiders stadium chief operating officer. Brown represented the team in its business before the county commission last year.

In December 2017, Clark County became the first jurisdiction in Nevada to contract with the private law firm of Eglet Prince to pursue litigation against 17 pharmaceutical-grade opioid companies.

Over the next several months, close to a dozen other jurisdictions in the state would also enter into similar contracts with Eglet Prince. During that period, Robert Eglet, the firm’s namesake and senior partner, continued to meet with Sisolak and help his campaign.

Sisolak’s calendar shows meetings with Eglet on Jan. 23, a dinner with him and lawyer/businessman Peter Palivos on Feb. 2, another meeting on May 31 and an Eglet-hosted fundraiser on July 26, the same day Sisolak’s campaign reported receiving more than $107,000 in contributions, including $5,000 from Eglet Prince.

So far, Sisolak has announced that a handful of Sandoval administration appointees will remain at the helm of executive branch agencies in his administration, and his scheduled meetings since the election suggest he’s considering keeping more in place.

His calendar shows meetings with current Department of Transportation Director Rudy Malfabon on Dec. 4, and a meeting with Paul Anderson, head of the Governor’s Office of Economic Development, on Dec. 5. Both meetings were scheduled at Sisolak’s “Transition HQ.”

The incoming governor also met with SEIU leaders Brian Shepherd and Grace Vergara at the transition HQ on Dec. 5. The Clark County Commission approved a 1 percent salary increase for all county employees and a 2 percent Cost of Living Adjustment pay bump for union members at their Dec. 18 meeting.

Sisolak’s calendar also shows eight meetings with Las Vegas lawyer and businessman Palivos, a personal friend, between January and June of 2018. Palivos was the seller in a $7 million land deal in 2012 with the Las Vegas Convention and Visitors Authority, and since then has been a philanthropist and Democratic political donor.

Before moving to Nevada, Palivos was involved in a dubious real estate deal in Illinois which eventually saw him convicted of conspiracy to obstruct justice in 2003 — though Palivos had claimed outside of court that he was framed by prosecutors for refusing to provide evidence against former Illinois Gov. George Ryan.

Sisolak’s calendar is peppered with other meetings with top lobbyists and political insiders.

It shows three scheduled meetings with powerful lobbyist and R&R Partners CEO Billy Vassiliadis in March, April, and a few days after the general election in November, as well as a scheduled meeting at the firm’s office on Nov. 13. The advertising firm represents some of the most powerful entities in the state, including the Las Vegas Convention and Visitors Authority, Blockchains LLC and the Nevada Resort Association.

The calendar also shows a scheduled meeting with Station Casino owners Frank and Lorenzo Fertitta on Oct. 3. Both Feritta brothers and their wives individually contributed $10,000 to Sisolak’s campaign about a week earlier, according to campaign finance records.

He also reported meeting with former Diamond Resorts CEO Stephen Cloobeck on Oct. 21. Cloobeck, who in 2017 weighed a run for governor, contributed $5,000 to Sisolak in August and constantly slammed his Republican opponent, Adam Laxalt, on Twitter prior to the election.

In addition to a CCEA podcast recording in late May, Sisolak’s calendar shows a meeting with Velardita on June 27, the same month the union officially split from its parent organization, the Nevada State Education Association. Velardita held a fundraiser for Sisolak on Oct. 24, a day which his campaign reported raising more than $58,000.

CCEA was an early backer of Sisolak in both the primary and general elections, including spending more than $1.3 million on his behalf through 2017 and 2018 through the “Nevada Leads” political action committee, which ran ads attacking primary opponent Chris Giunchigliani and Laxalt.

Although the NSEA spent heavily to back Giunchigliani, Sisolak’s calendar shows meetings with the group on July 19 and a roundtable with the organization on Oct. 12, about a week before the union announced it was endorsing him for governor. He also met with Clark County School District Superintendent Jesus Jara on the same day as the NSEA meeting, July 19.

He also reported meeting with National Popular Vote, a group pushing for states to adopt an agreement to cast electoral votes toward the winner of the popular vote, on July 10. A bill adding Nevada to the compact failed to make it out of committee in 2017.

Whether fundraisers were for Sisolak, another candidate or joint was usually not made explicit in the calendar, though by the general election he had held at least 32 fundraisers exclusively for his own campaign, including at least two after the election in November. Those fundraisers include: