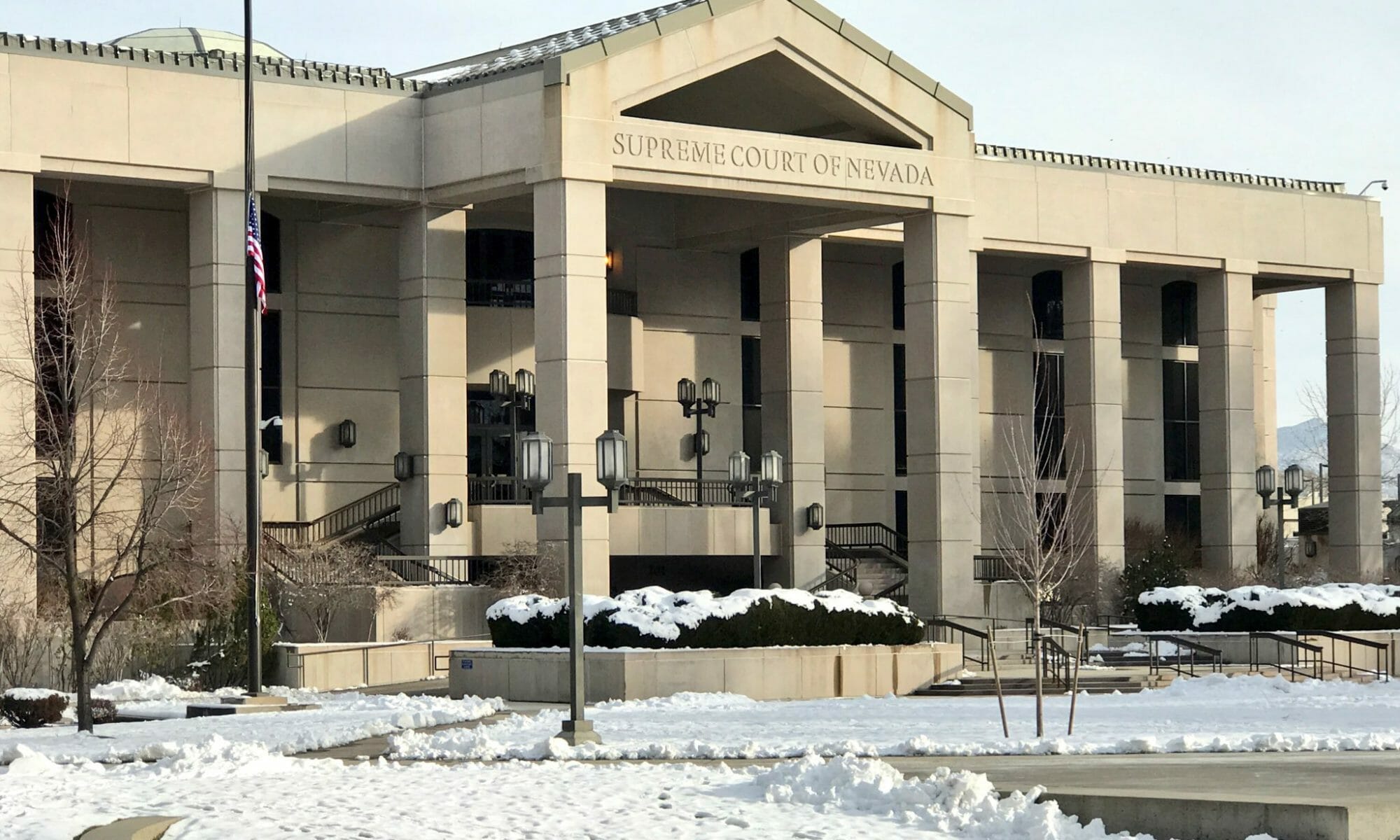 In a unanimous decision Thursday, the Nevada Supreme Court ruled that journalists writing for digital publications are protected from revealing their sources. The ruling expands the state’s media shield law, which has not been updated since 1975 and did not contemplate the Internet.

The ruling overturned a lower court decision earlier this year that suggested the law did not protect online publishers in the same way that it protected newspapers. Media industry groups and media law experts said the ruling was flawed and placed significant restrictions on a law that was intended to protect First Amendment speech, whether or not it was made online.

The Supreme Court concluded “that one can ‘print’ in more than one way.”

“Just because a newspaper can exist online, it does not mean it ceases to be a newspaper,”  Chief Justice Mark Gibbons wrote in the court’s opinion. “To hold otherwise would be to create an absurd result in direct contradiction of the rules of statutory interpretation.”

The case in question arose after an online publisher, Sam Toll, was asked to reveal his sources about reporting that questioned whether Storey County Commissioner Lance Gilman resided in the county. Gilman, who owns the Mustang Ranch brothel and claims to live there, sued Toll for alleged defamation. During the course of the litigation, Gilman asked the court to compel Toll to reveal his sources for the claim, claiming the shield statute did not protect an online blogger.

In March, Carson City Judge James Wilson granted Gilman’s request to compel. Because the statute says the shield law privilege applies to “any newspaper, periodical or press association,” Wilson reasoned that Toll was not covered until he paid to join the Nevada Press Association.

Media law experts cast the decision as harmful to a free press, noting that the narrow reading could put a chilling effect on the news gathering process for freelancers, documentarians and online publications. Their sources might fear retaliation and be less likely to share information.

Toll asked the Supreme Court to weigh in.

Press groups, including the Nevada Press Association, the Reporters Committee for Freedom of the Press, the Online News Association and Reporters Without Borders, filed briefs before the Supreme Court in support of Toll’s argument — that the law should protect his reporting.

On Thursday, the Supreme Court said that the district court erred by granting Gilman’s request that Toll reveal his sources. The court said denying the media shield law cannot be based on reasoning that there is a difference whether news is printed online or in a physical medium.

“It’s clarity on a question that clearly needed some clarity,” File said.

In the specific case, litigation is likely to continue. The Supreme Court refrained from making a determination about whether The Storey Teller itself qualified for protection under the shield law.

Instead, the court said the way that Toll publishes his reporting — online — is not a valid reason to disqualify a publication from invoking the shield law. The Supreme Court directed the District Court, under the new ruling, to re-analyze Gilman’s motion to compel Toll to reveal his sources.

“While we decline to resolve whether or not a blog falls under the definition of a newspaper, we conclude that a blog should not be disqualified from the news shield statute...merely on the basis that the blog is digital, rather than appearing in an ink-printed, physical form,” Gibbons wrote.

Toll invoked the shield law during a deposition. The district court issued an order allowing Gilman to conduct limited discovery to determine whether the comments met the standards for proving a defamation claim. Toll had also challenged that order before the Supreme Court. 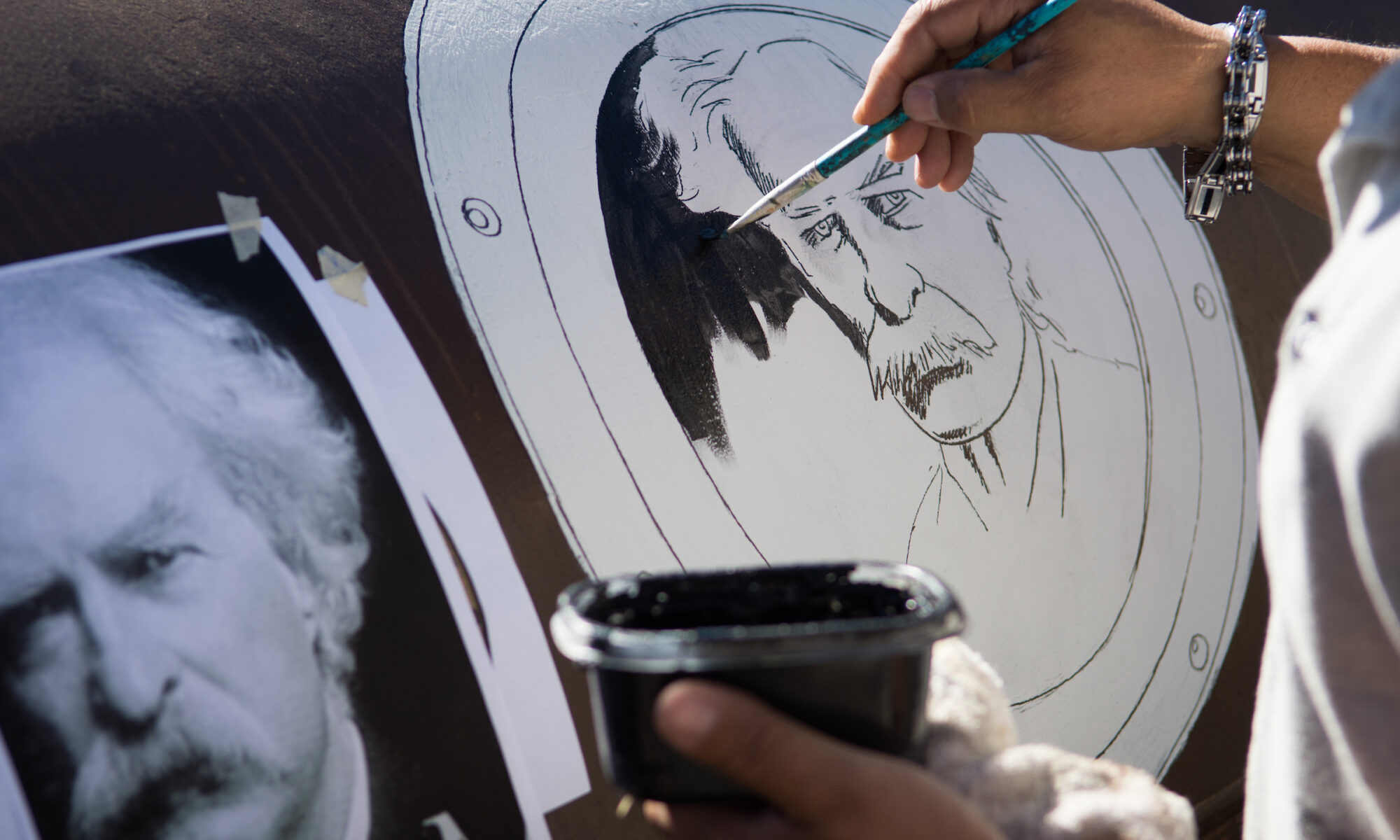 In an ongoing dispute that has captivated a town once home to Mark Twain, a Carson City judge ruled Monday that an irreverent reporter was not protected under Nevada’s shield law until he started paying dues to the Nevada Press Association. The order offered a narrow interpretation of Nevada’s shield law statute as only applying to newspapers or members of the association.

The order was first reported by This is Reno.

Nevada’s shield law, considered fairly robust, protects journalists from revealing their sources. Although the District Court order does not create precedent, media experts said it could create a chilling effect for freelancers, documentarians and online publishers throughout the state.

“It serves to potentially create a chilling effect for anyone who does journalism and doesn't publish it in a newspaper,” said Patrick File, who studies First Amendment law at UNR. “Any of the state's online news sites would be forgiven for being a little concerned if they gather work product they don't intend to publish or they have sources that fear retaliation.”

At issue in the order, part of a larger and procedurally complicated case, was whether Sam Toll, the publisher of The Storey Teller, was “a reporter of a newspaper or press association.” The First Judicial District Court considered the question as part of litigation over a defamation suit filed against Toll by developer, brothel owner and Storey County Commissioner Lance Gilman.

In April, the court dismissed seven claims against Toll, but it found Toll had potentially defamed Gilman on one claim. On that claim, it allowed Gilman to conduct limited discovery to determine whether or not Toll had “acted with a high degree of awareness of the probable falsity of the statement or had serious doubts as to the publication’s truth” when writing the contested stories.

Toll asserted the media privilege that allows journalists to protect their sources. Nevada’s statute reads that the shield law applies to a reporter of a “newspaper, periodical or press association.”

And in this case, District Judge James E. Wilson, Jr. interpreted that narrowly.

The court found that Toll was a reporter, but that the shield law only applied for certain articles. It found that Toll was only protected during the period in which he was a dues-paying member of the press association; his membership began in August 2017. As a result, the ruling might mean that Toll could be forced to reveal his sources for three articles he published earlier that year.

The state press association called the ruling “an unfortunate decision.”

“This was an unfortunate decision that appears to have been based in part on a complete misunderstanding of our membership rules and why they were enacted,” the group tweeted.

Toll’s lawyer is appealing the case to the Nevada Supreme Court. Until then, the lower court’s ruling does not create precedent. But if the ruling remains on the books, it could mean that freelancers and independent bloggers — already some of the most vulnerable journalists — could have to reveal their sources in legal cases unless they belong to a press association.

So far, most of the cases in appellate court have not dealt with the legal issue of whether the reporter seeking relief under Nevada’s shield law met the statute’s definition, File said.

While the Gilman and Toll case is likely to continue playing out in court, some have suggested that the Legislature introduce a bill to bring clarity to the applicability of the shield law statute.

But File said it could be prudent to let the legal process play out. Other states with similar shield law language have interpreted their statutes as applying to online and independent publishers.

Monday’s ruling took many by surprise. A District Court judge had planned to rule after an evidentiary hearing in Virginia City, where Twain lived for several years, on March 15. In his ruling, he said he could proceed without a hearing because the facts were not contested.

As witnesses, Toll had expected to call File and Barry Smith, former director of the Nevada Press Association. In an interview last week, Smith said the shield law should apply to Toll.

Gilman had argued that The Storey Teller was not a news outlet because it approached many issues from a place of political advocacy. The “About” section for the website, which Gilman’s lawyer cited in his brief, “was created to provide a source of irritation to the Good Old Boys who operate The Biggest Little County in the World with selfish impunity forever.” As a result, he argued that “the defendant is not a reporter” and was not covered by the shield law statute.

The court dismissed the issue of whether Toll was a reporter. The judge said that he was. Instead it asked the question of whether his assertion of the shield law applied to his writing.

Kris Thompson, a representative for Gilman, applauded the order in an email Wednesday.

“Sam Toll has been doing everything possible to avoid having to defend this case on the merits and answer basic questions,” Thompson wrote in the email. “This court ruling says Toll’s assertion of the reporter shield law, which he used to refuse to answer questions in deposition and to refuse to produce documents, was improper. The court has granted Lance Gilman’s motion to compel and ordered Toll to answer questions and produce documents.”

The articles at the center of the case question Gilman’s residency. An earlier order from the court considered some of Toll's statements were defamatory, a finding that Toll’s attorney is challenging with new information. But in order for Gilman to win a defamation action, he would have to prove that Toll acted with "actual malice," which is part of the reason Gilman is requesting information about Toll's sources.

Updated: This story was updated on March 6 at 8:46 p.m. to include the paragraph beginning with "The court found." It was accidentally cut during the editing process. In addition, the story was updated with more information about the burden of proof for a defamation claim and was corrected to show that the court originally dismissed seven defamation claims, not five.