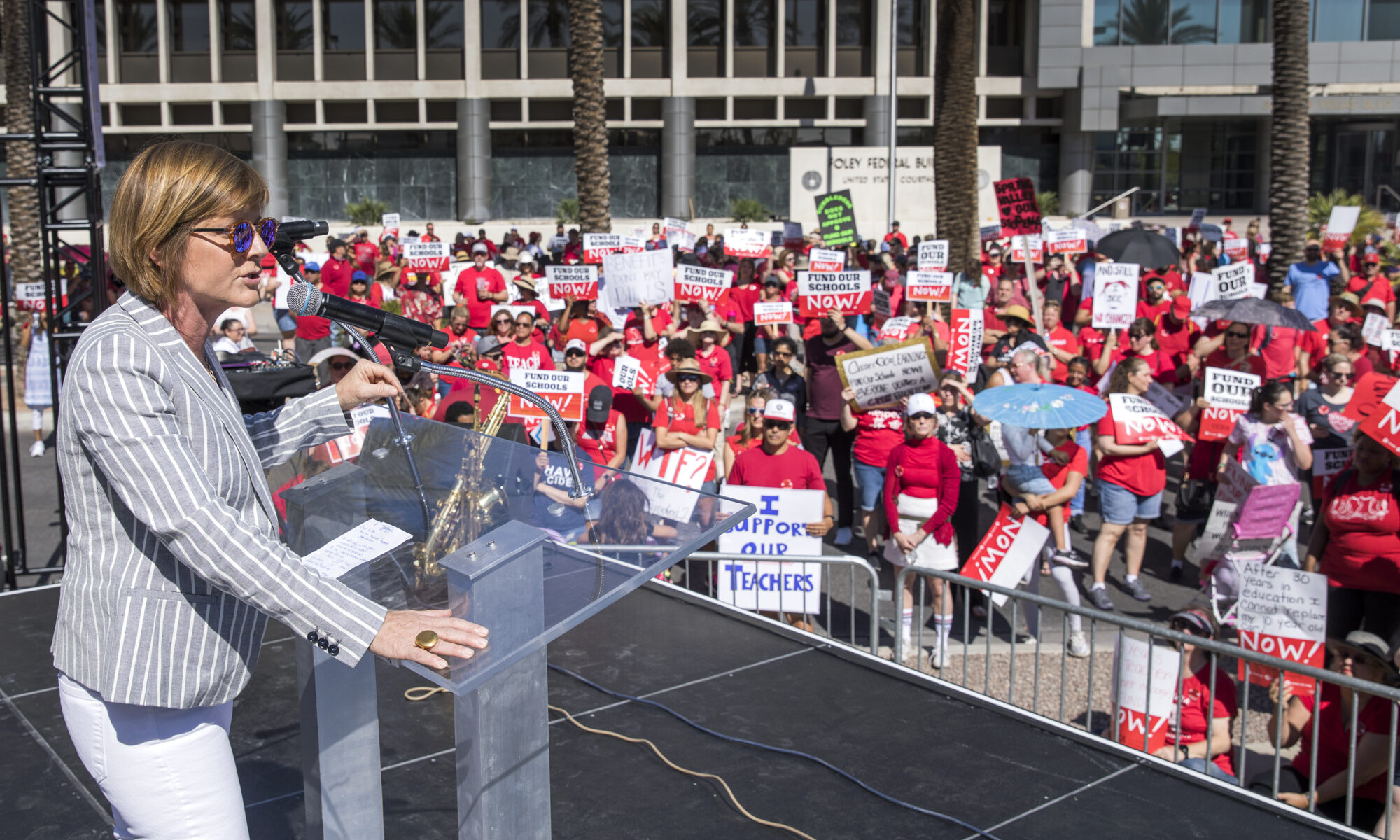 Two freshman Democrats fighting to hold onto their seats in 2020 in an effort to help their party retain its majority in the House have built up substantial cash leads to fend off any Republican challengers, according to quarterly campaign finance reports due on Monday.

Rep. Susie Lee, who represents Nevada’s swingy 3rd Congressional District, raised more than $470,000 in the second quarter of the year, while Rep. Steven Horsford, in the Democratic-leaning 4th District, brought in about $420,000 over that same time period. The highest raising Republican congressional candidate in either district over that same time period was former Assemblyman Jim Marchant, who is running to challenge Horsford and reported nearly $104,000 in contributions.

But it’s still early in both races — with a little less than a year until the primary election and more candidates likely to enter the fray between now and then.

For now, here’s a closer look at the fundraising totals reported by each candidate.

Rep. Susie Lee brought in a little more than $471,000 in the second quarter of the year for her re-election bid in Nevada’s 3rd Congressional District and ends the quarter with $734,000 in the bank after spending about $145,000. Those fundraising totals come on the heels of the roughly $435,000 she raised in the first quarter of the year, which she ended with $400,000 in cash on hand.

Roughly two-thirds of the money Lee raised this quarter came from individual contributions, though she raised $150,000 from PACs as well.

Las Vegas realtor Zachary WalkerLieb, a Republican, raised a little less than $29,000 in the quarter, including a $10,000 loan, and has about $20,000 in the bank. Neither of the other two declared candidates in the race — former state treasurer Dan Schwartz, a Republican, and Richard Hart, a Democrat — had filed their reports online as of Monday evening.

Twelve people maxed out their donations to Lee this quarter — meaning they gave a total of $5,600 to her, or $2,800 each for her primary and general elections. They include MGM Resorts CEO Jim Murren and his wife Heather Murren; Kris Englestad McGarry, trustee of the Engelstad Family Foundation; and Karla Jurvetson, a physician and philanthropist who lives in Silicon Valley. She also received $5,000 from 10 PACs including the Teamsters’ DRIVE PAC, EMILY’s List, the Progressive Turnout Project and Red to Blue California.

The 3rd District, which covers Summerlin, Henderson and the southern tip of the state, is Nevada’s swingiest House seat, with Democrats holding a 1.6 percentage point voter registration advantage over Republicans. Lee has represented the seat since 2018, taking over the seat from Democrat Jacky Rosen, who served one term in the district before being elected to the Senate. Before that, Republican Joe Heck served three terms in the seat.

Rep. Steven Horsford reported raising a little more than $420,000 toward his re-election bid in Nevada’s 4th Congressional District in the second quarter of the year, eclipsing the $371,000 he raised in the first three months of the year. He spent nearly $142,000 over the quarter, ending June with a little less than $589,000 in the bank. (He had nearly $310,000 saved at the end of the first quarter.)

More than half of Horsford’s fundraising haul came from PACs, which contributed roughly $221,000 to his campaign. Individuals were responsible for contributing $198,000.

One of his Republican opponents, former Assemblyman Jim Marchant, raised nearly $104,000 over that same period — including a $10,000 personal loan to his campaign — ending the quarter with $85,000 in the bank. Republican Sam Peters, the owner of Peters Family Insurance, raised roughly $22,000 during the quarter, including a $3,853 personal loan, and has about $11,000 in cash on hand.

Republican Charles Navarro, who serves in the Navy reserves and went on duty shortly after filing for office at the end of May, reported raising a little more than $17,000 in the second quarter. The remaining candidate, Libertarian Jonathan Esteban, had not filed his report online as of Monday evening.

Horsford received the maximum contribution of $2,800 from more than 20 people — including from eight who have given him the maximum of $5,600 between the general and primary elections. They include Democratic donor Stephen Cloobeck; Jay Bloom, director of the real estate investment company First 100; Charles Phillips, CEO of the cloud software company Infor; Michael Rhodes, president and owner of Big Slick Petroleum; and Scott Sibley, publisher of Nevada Legal News and a former Nevada assemblyman.

Many of Marchant’s donors gave the maximum $2,800 contribution, most of them from out of state. They include Ed, Tim and Troy Herbst in Las Vegas, the owners of Terrible Herbst; Marjorie and Walter Buckley, investors from Pennsylvania; Tatnall and Roberta Hillman, conservative donors from Colorado; and Bill Pope, the Texas CEO of NCIC Inmate Telephone Services.

The 4th Congressional District, which was created in 2013, covers parts of Las Vegas and North Las Vegas, as well as rural Lyon, Esmeralda, Lincoln, Mineral, Nye and White Pine counties. The seat leans blue but was once won by a Republican, Cresent Hardy, in the red wave of 2014. Horsford first represented the seat after the 2012 election and was again elected to represent it in 2018.

Republican Rep. Mark Amodei, who first was elected to this Northern Nevada seat in 2011, brought in a little less than $148,000 in this quarter for his re-election bid and ended the quarter with about $266,000 in the bank, an increase of about $36,000 since the beginning of the reporting period. Most of his contributions, roughly $102,000, came from individuals, with only $44,000 coming from PACs.

Democrat Clint Koble, who ran against Amodei for the seat in 2018, raised just a little less than $19,000 during the quarter and had a negative $1,200 balance in the bank at the end of the reporting period. 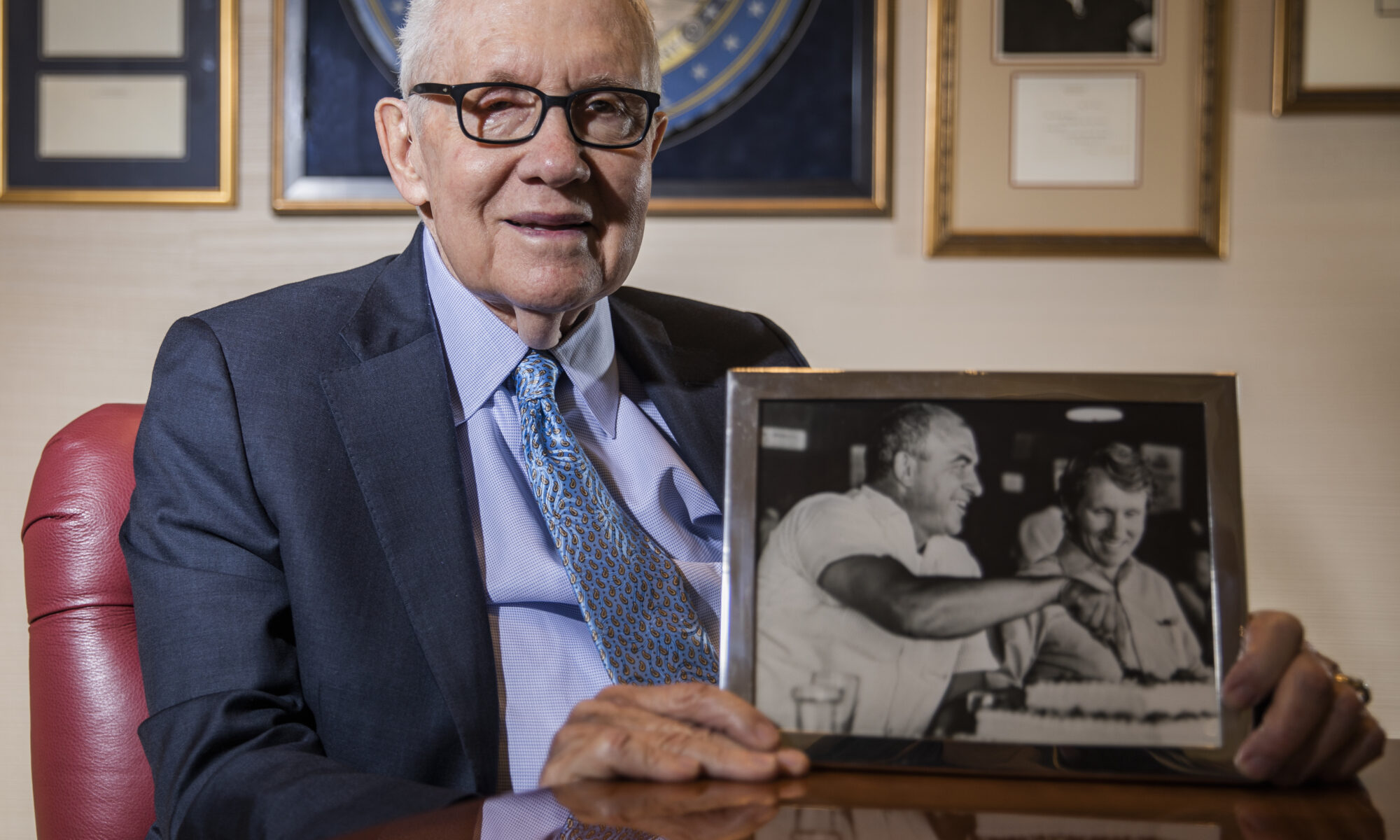