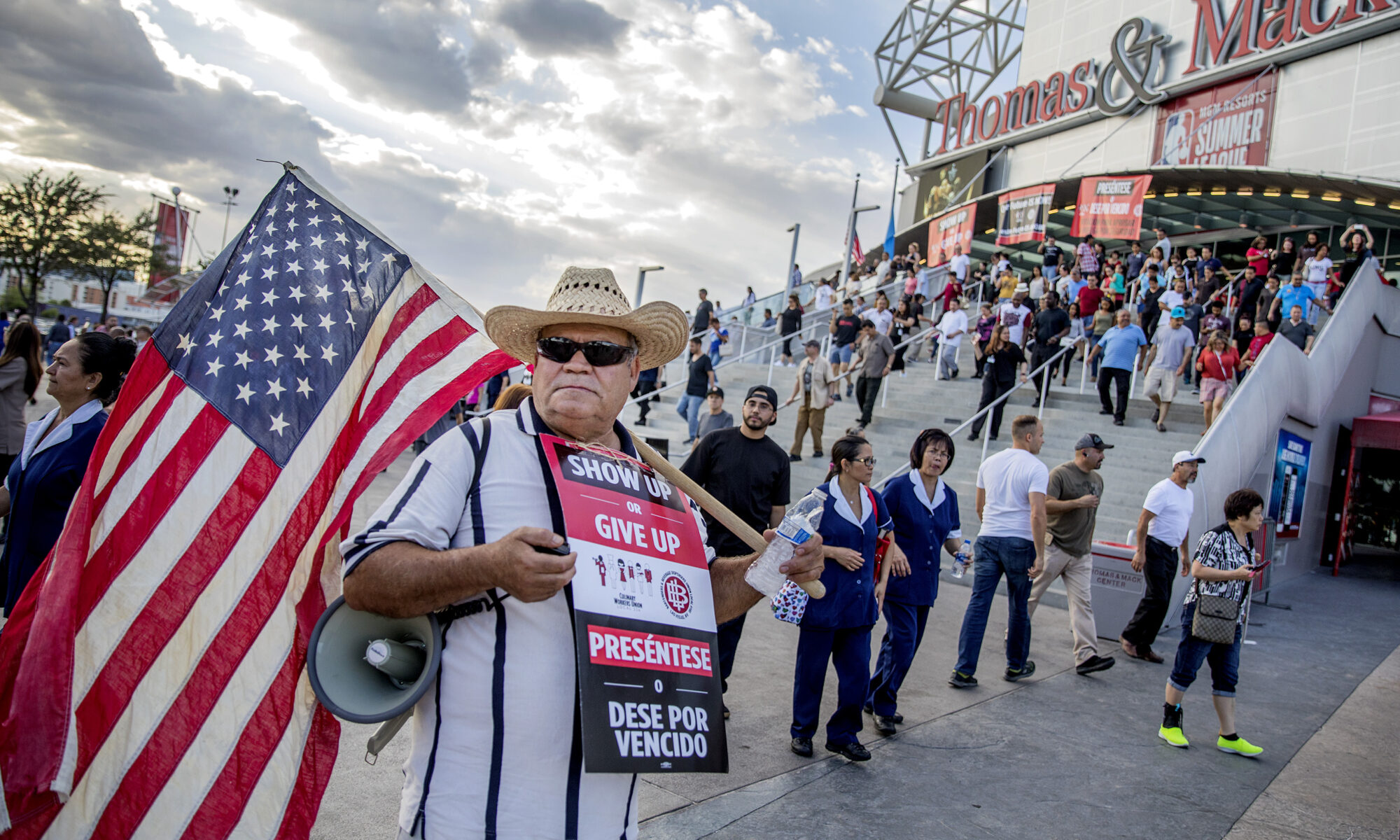 Two bills reversing changes made to Nevada’s collective bargaining law in the Republican-controlled 2015 Legislature appear to be finally moving forward in the last week, although the fate of a more ambitious bill extending bargaining rights to state workers is still in flux.

Though their appearance in the Finance Committee is a sign that the bills are likely to start moving through the legislative process with roughly a week to go before the end of the 120-day session, their appearance is likely to spark questions about the future of SB135, which would allow state government workers the right to collectively bargain.

Parks said he didn’t know when or if the bill — entombed in the Senate Finance Committee since mid-April — would move forward. But he said his other two collective bargaining bills would go a long way to restoring the system in place prior to the passage of the 2015 law, which he and only three other Democrats opposed at the time.

“I think that it certainly fell far short of what the intent was when those bills were introduced,” he said. “My attitude is from having many years of labor negotiations and experience in the public sector, we had a system that didn’t work perfectly, but it certainly worked well. What (SB241) did was just make a mess of it, and it’s been that way since.”

The biggest fight on Monday came over Parks’ SB111, which reduces the amount of funds a local government can exempt from their ending fund balance in collective bargaining negotiations from 25 percent to 16.67 percent, and a new requirement that any money appropriated by the Legislature for salary and benefits be part of a negotiation during collective bargaining and considered by a fact-finder or arbitrator when determining a school district’s ability to pay compensation.

That last section of the bill sparked opposition from the Clark County School District, which placed a massive fiscal note on the bill saying that implementation would cost $36 million a year, and $72 million in future budget cycles in order to comply with annual pay raises without sufficient funding. But it could also play a critical role as lawmakers look for ways to fund a promised 3 percent teacher pay raise without having the district use the funds for other purposes.

Stephen Augspurger, head of the Clark County Association of School Administrators and Professional-Technical Employees, gave legislators a copy of the last budget’s legislative allocations showing that the state had appropriated $164.8 million for a 2 percent merit increase for educators and staff, and said that the provisions in SB111 would ensure that the money would actually be spent for merit increases as opposed to filling gaps in the district’s budget.

“The Legislature has provided that money to the school district,” he said. “They have that money. It should be spent for normal movement on the salary schedule. It hasn't, it would be disingenuous to say now that there's a fiscal note on this bill.”

Brad Keating, a lobbyist for the school district, said the fiscal note was accurate and that the district often faced unexpected and huge costs (such as an extra $18 million needed for special education) and that the state’s antiquated and byzantine funding formula made it hard to draw a straight line between money appropriated by state lawmakers and actual dollars going to educators for merit pay increases.

“When dollars go into the formula, they don't come out to the same amount and nothing is broken down by line item,” he said. “So how are we supposed to give out at guaranteed raises when we don't know how much we truly receive as a district?”

“I have a strong opinion about fiscal notes, and I think that if you want to kill a bill, you put a fiscal note on it,” he said in an interview. “I think that in this particular situation, I think it’s an unsubstantiated fiscal note.”

The other portion of the bill — lowering the reserved ending fund balance that could be walled off from collective bargaining negotiations — was supported by union representatives and Mary Walker, a lobbyist for several rural counties who said the change would still ensure governments had at least two months in a reserve balance while having enough financial flexibility for personnel costs during times of an economic downturn.

“I believe this is sound fiscal policy, and that SB111 will provide local governments financial stability in times of recession,” she said. “This will help minimize layoffs during cutbacks.”

The other bill, SB153, makes several reversals and repeals sections of former Republican Sen. Michael Roberson’s bill from the 2015 session that added several restrictions toward the ability of school principals and administrators to collectively bargain.

The bill repeals three sections of the 2015 law, including provisions requiring that employee organizations offer concessions for the full cost if an employee takes leave to perform duties or services for their union, and two sections requiring school principals to be at-will employees and for certain school administrators to re-apply for their positions every five years. It also allows school principals and other administrators below the rank of superintendent to participate in a collective bargaining unit separate from school teachers — undoing another provision of the 2015 law.

Former Gov. Brian Sandoval vetoed a similar bill last session that attempted to make many of the same changes to the 2015 collective bargaining law.

Professional Firefighters of Nevada lobbyist Tom Dunn said the lack of those clauses hurt workers and incentivized local governments to delay negotiations as long as possible.

As introduced, the Clark County School District said implementing the bill would cost around $36 million per year to implement, raising similar concerns to Parks’ other bill that would require additional spending for merit pay increases without any increase in funding.

Chris Daly, a lobbyist for the Nevada State Education Association, said that the current bargaining rules were “cumbersome and unworkable,” and said the district’s assumptions in the fiscal note were a worst-case scenario and unlikely to actually occur.

“We think that this fiscal note is not real in terms of how this would play out for that school district,” he said.

Democratic Sen. Joyce Woodhouse, who chairs the Senate Finance committee, said she hoped to bring both bills up for a committee vote sometime later this week.