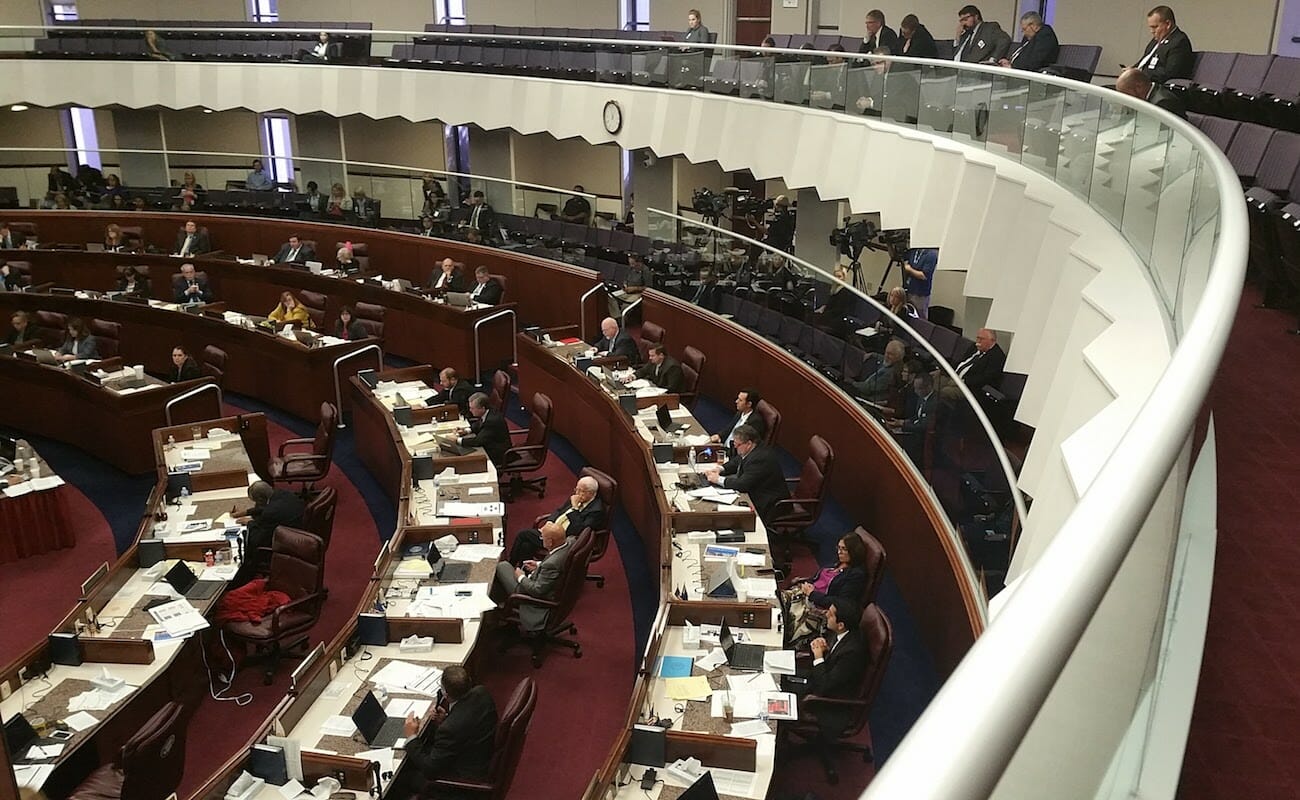 Nevada legislators are settling in for another long day on Tuesday, with multiple complex bills scheduled for hearings throughout the day ranging in topic from voting rights for felons to more than half a million dollars for school gardens.

Here’s a few things to watch as lawmakers tackle day 30 of the 120-day session.

Lawmakers will hear two bills on Tuesday making the process of restoring voting rights for some ex-felons easier. AB181, introduced by Assembly Speaker Jason Frierson, a former public defender, and scheduled for a hearing at 8 a.m. in the Assembly Corrections, Parole, and Probation Committee, would expand the restoration of voting rights for convicted felons.

Currently, people convicted of Category A felonies, violent Category B felonies or two felonies must petition a court to re-obtain their right to vote, but the bill would make that process easier. People with two or more felony convictions would immediately regain their right to vote upon finishing a probation sentence or being released from prison, with offenders in the other categories would have voting rights restored two years after leaving prison or finishing probation.

Senators will also hear a similar version of voting rights for felons in the form of SB125, which is scheduled for a hearing in the Senate Judiciary Committee at 1:30 p.m. The bill, sponsored by Senate Majority Leader Aaron Ford and Frierson, would restore the right to vote for most felons who complete one year of parole, excluding those convicted of multiple felonies or violent crimes. It also shortens the timeline for people convicted of a felony or misdemeanor to petition a court to seal their records to one year.

Smoke on the water (Fluoride in the sky)

Democratic Assembly members Amber Joiner and Mike Sprinkle are scheduled to present AB193 to the Assembly Committee on Natural Resources, Agriculture, and Mining on Tuesday at 1:30 p.m. Though the bill language is relatively straightforward, the Truckee Meadows Water Authority estimates that construction and implementation of fluoride in the water would end up costing around $70 million, which the authority estimates will lead to around a nine percent increase in rates charged to customers.

In an interview with the Reno Gazette-Journal, Joiner said she brought the bill forward because of the public health benefits associated with fluoridated water.

“We’re a larger community now and I don’t know why it hasn’t happened,” she said.

Nevada school children might be getting their hands dirty next school year if SB167 is approved by lawmakers. The bill, which is sponsored by Independent Sen. Patricia Farley, allocates more than $600,000 over the next two years in grants designed to establish school garden programs.

This seed money does come with a few strings — grants are limited to $10,000 during the next fiscal year and $5,000 during the 2018-19 fiscal years, and schools applying for grants need to meet specific requirements like meeting certain curriculum requirements including giving students the ability to operate a farmer’s market to sell produce created by the garden.

It’s scheduled for a hearing at 3:30 p.m. in the Senate Education Committee.

Cameras in the classroom?

Sponsored by Republican Sen. Becky Harris, SB224 would apply to public and charter schools and require placement of a video camera capable of recording audio in classes where a majority of students receive special education or have a speech or language impediment. It requires notice to be given to parents of the filmed children, and only allows footage to be released in criminal cases and other limited capacities. It’s considered an unfunded mandate because no state funds are appropriated in the bill.

SB224 is scheduled for a hearing at 3:30 in the Senate Education Committee