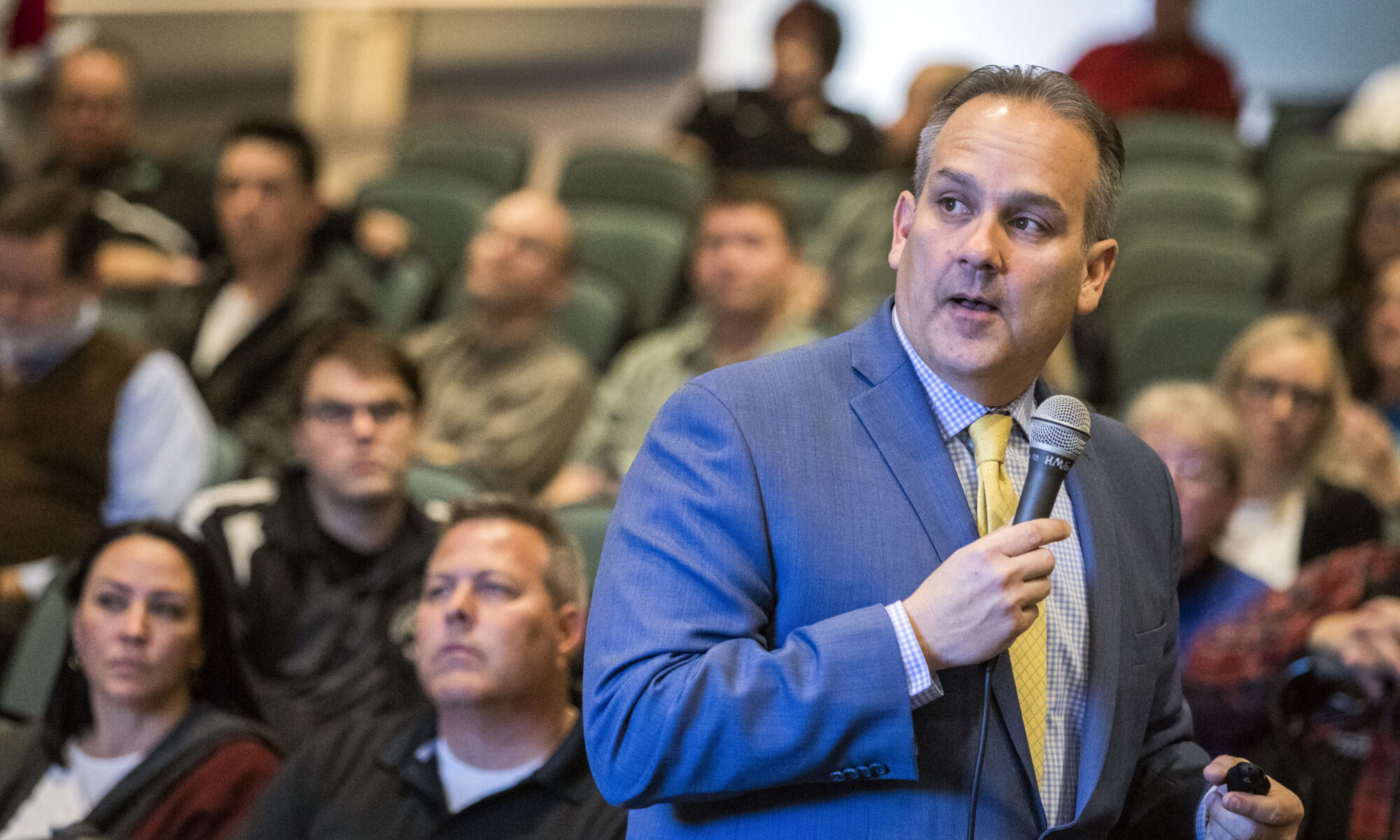 The brouhaha stems from a controversial education funding bill that would have allowed the district to redistribute unspent dollars from individual schools amid the ongoing budget crisis. After Jara tried to deflect responsibility for Assembly Bill 2 — which state lawmakers roundly criticized during a legislative hearing Saturday — Gov. Steve Sisolak and state Superintendent Jhone Ebert issued a joint statement earlier this week saying he “blatantly altered the truth.”

The letter from the Clark County Association of School Administrators and Professional-Technical Employees, however, contains even harsher language, including that Jara’s actions make him “look foolish and pathetic.”

The missive also accuses the superintendent of waging a behind-the-scenes campaign to persuade others that he was framed by the AB2 situation and was “sending text messages to a high-ranking elected leader assigning blame to one of your own employees.”

The letter — written by the union’s executive director, Stephen Augspurger — goes on to allege that Jara went into damage-control mode after the Saturday hearing on the legislation, seeking support from principals, other administrators and the Clark County School District Board of Trustees.

“It is easy to see right through this attempt to manipulate the opinions of your collective bosses,” Augspurger wrote. “Those observing hope that the Trustees see what you are doing. But many are unsure what the Trustees will do as you can be convincing, especially when you are trying to save yourself by not telling the truth.”

The union leader concludes by telling Jara that he has forever lost the trust of his employees.

“Your further presence in the Clark County School District will continue to exacerbate the downward descent of the District and will continue to cause untold harm to the students, parents, and staff who all deserve better,” the letter states. “It is time for you to go!”

Earlier this week, the National Education Association of Southern Nevada — the smaller of two teacher unions that does not have negotiating power — also called on Jara to resign.

The politically powerful Clark County Education Association, however, has not followed suit. The union’s executive director, John Vellardita, labeled it “a distraction from the bigger issue facing our district and that's these cuts and the lack of revenue.”

Vellardita didn’t outright defend Jara, instead saying the superintendent can speak for his own actions. But he questioned where the administrators’ union has been during the special legislative session.

“Jara is a punching bag,” he said.

This isn’t the first time tensions between the administrators’ union and Jara have boiled over. Last year, the union filed a lawsuit against Jara and the school board related to the cutting of dean positions.

Still, the renewed tensions come during a fraught time in K-12 education as school districts across the nation try to navigate the crippling financial effects of the pandemic as well as determine how to resume learning for the 2020-2021 school year.

The Clark County School District’s reopening planning process has been far from smooth. A hybrid model — one of three reopening plans that would have students attending school in person two days a week and learning from home the other three days — met swift public criticism and triggered contentious school board meetings. And it remains an ongoing debate: The school board has scheduled a special meeting Tuesday to discuss the plans again and finalize them.

Jara released a lengthy statement Tuesday saying he regretted the AB2 discussion “deterred the conversation away from education.” He didn’t specifically address the accusations of dishonesty plaguing him but noted his job has been “especially tough” during the pandemic.

“I will continue to work with principals, teachers, parents, support professionals and other community stakeholders to find financial solutions to this unprecedented time in our history,” he wrote.

In Carson City, meanwhile, state lawmakers are starting day nine of a special session dedicated to shoring up a $1.2 billion budget hole for Fiscal Year 2021. Progress has been sluggish, and the outcries over proposed cuts to K-12 have been consistent.

Jara did not immediately return a request for comment. He has been superintendent of the nation’s fifth-largest school district since June 2018.

This story was updated at 7:37 p.m. to correct a word in a union name.