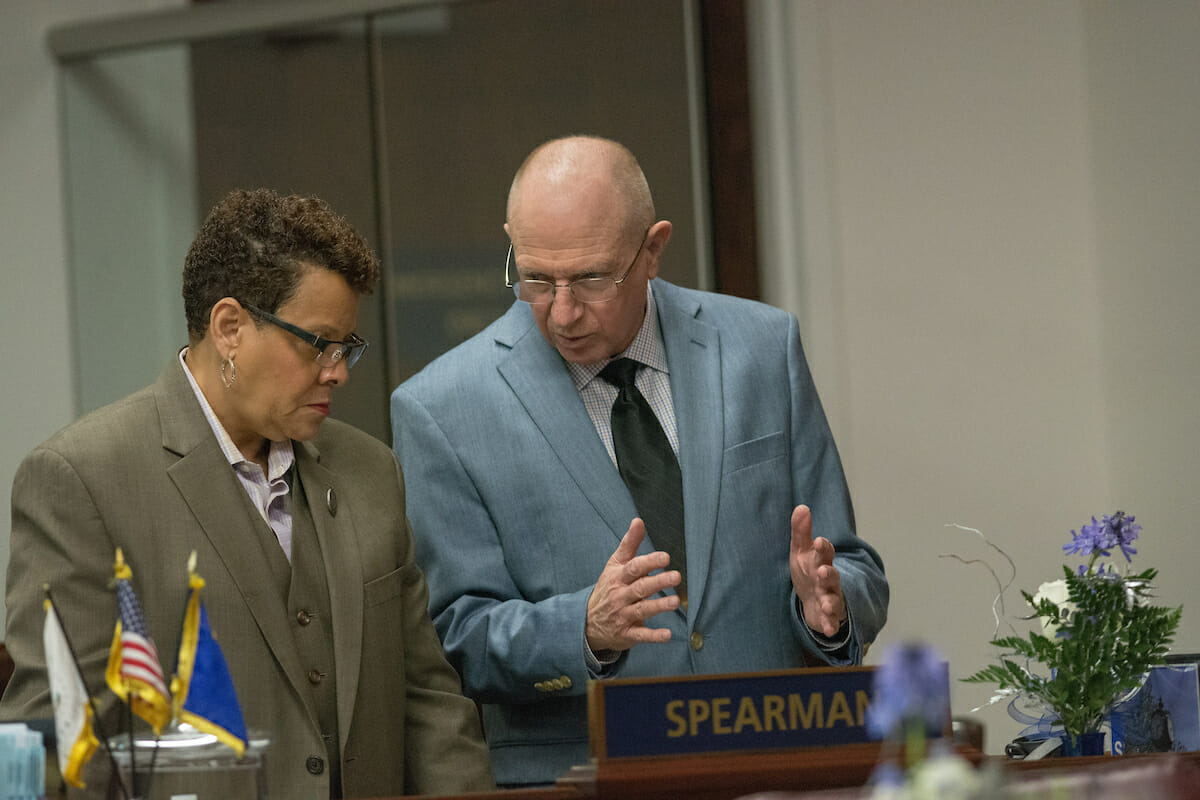 As inmates get older, they have a tougher time climbing the prison stairs, crawling into the top bunk and hearing the guard’s orders.

Republican Sen. Joe Hardy says they also have a harder time re-offending, and that’s why he’s proposing a bill that would allow prisoners who are over the age of 65 and have served at least half of their maximum sentence to spend their twilight years at home instead of behind bars.

A 2015 analysis from the U.S. Office of the Inspector General found that about 15 percent of inmates who were 50 or older were re-arrested within three years of their release, compared with the 41 percent overall recidivism rate among inmates within the Federal Bureau of Prisons.

The bill comes as Nevada struggles with the rising costs associated with an aging inmate population. As of 2013, the 5.8 percent of the state’s prison population that was over the age of 55 consumed 20 percent of the prison’s medical budget, according to the Nevada Appeal.

Among inmates, the ailments of age are compounded by the consequences of a hardscrabble life, such as hepatitis C and chronic diseases associated with drug and alcohol abuse.

Owen Murray of Texas’ prison medical system said in a 2016 report from the Pew Charitable Trusts that the clock is a little faster among inmates.

“The norm in prisons is to use 55-and-older as the metric associated with older prisoners primarily because the consensus is that our population is 10 years ahead, clinically,” of people on the outside, he said.

Existing law allows Nevada’s prisons chief to release people to residential confinement if they’re in very poor health or are expected to die within a year. The bill would expand that eligibility to older inmates, provided they haven’t been convicted of a violent crime.

A proposed amendment from the Nevada District Attorneys Association would also exclude sex offenders from the list. With that amendment, only two Nevada inmates would be eligible for early release under the bill.

But critics wondered whether the age metric was arbitrary.

“I don’t know that allowing early release based solely on their age is a proper thing under our criminal justice system,” said Chuck Callaway, lobbyist for the Las Vegas Metropolitan Police Department. “When you open that can of worms, so to speak, then a year from now, two years from now are we back reducing it further?”

“The offenders wanted to die comfortably at home if they had these critical illnesses. But a lot of victims didn’t get to choose where they died,” she said.

Debate over the bill highlighted the wide ideological gap between Republicans and the Democrats controlling the Legislature this session. While Republican Sen. Don Gustavson worried the state was getting too soft on crime and Republican Sen. Michael Roberson suggested bumping the eligibility age to 90, Democratic Senate Majority Leader Aaron Ford asked if he could sign on as a co-sponsor and Democratic Sen. Tick Segerblom asked for the eligibility age to be reduced.

Segerblom, who chairs the committee that heard the bill, pointed out that inmates who leave prison can sign up for federally funded Medicare or Medicaid. Those who stay in the system draw on the state for housing and medical care at an average cost of $25,000 a year, or more if they have serious health problems.

“What benefit to society in general is it to waste those resources on people who we really know aren’t going to commit any crimes in the future?” Segerblom said. “They’ve been punished enough. At this point we’re punishing ourselves.”