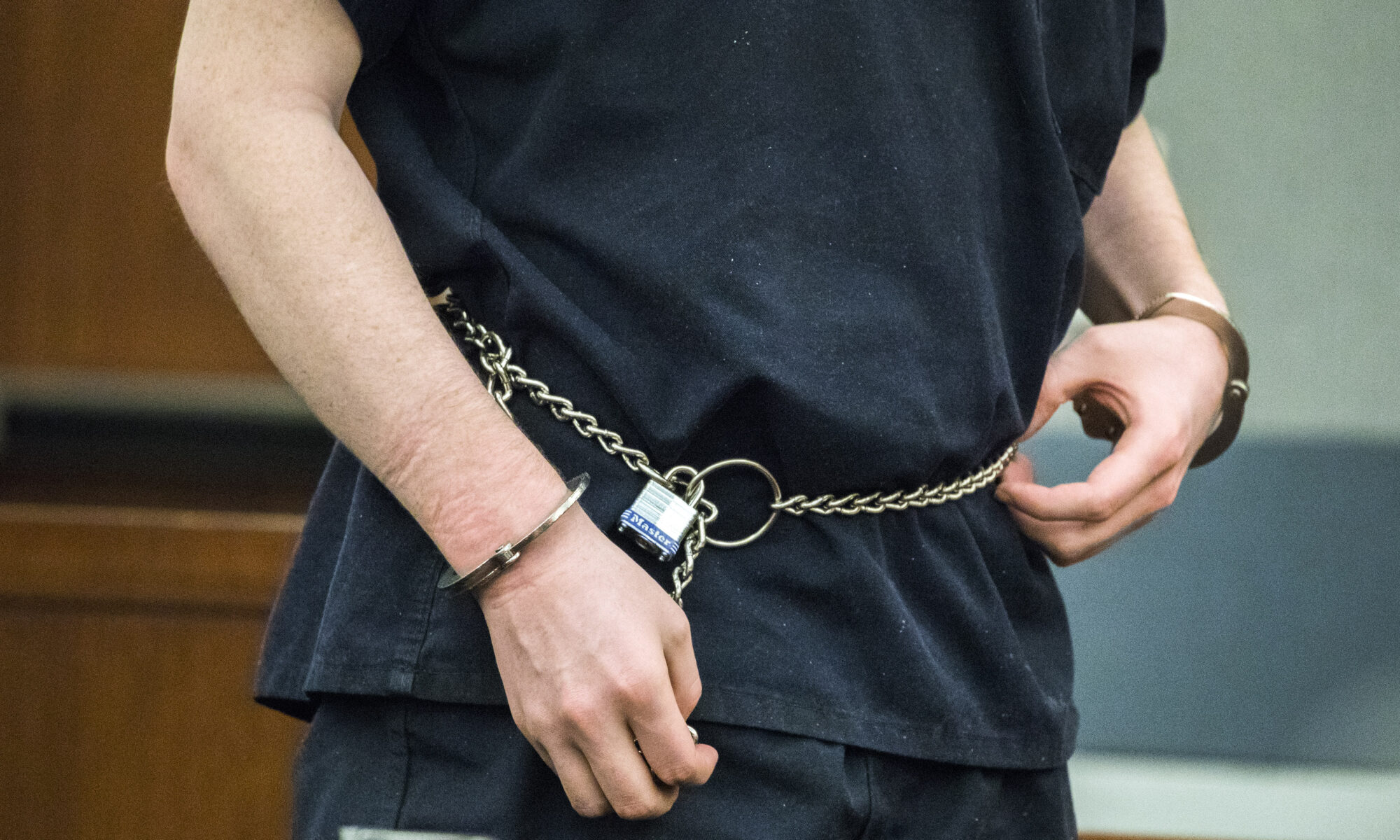 After state leaders participated in a top-down review of Nevada’s criminal justice system and recommended reducing penalties for some crimes as a way to pare down the prison population, the Democratic-controlled Legislature on Wednesday heard a bill likely to take the state in the opposite direction.

Republican Sen. Ben Kieckhefer, joined by Washoe County District Attorney Chris Hicks, presented SB144 on Wednesday. Existing law gives a judge discretion as to whether to sentence a defendant to one to 20 more years in prison if a deadly weapon — gun or otherwise — was used in the commission of a crime. The proposed bill would remove the judge’s discretion and specify that so-called “weapons enhancements” automatically result in a prison term that matches the length of the underlying sentence and is served in addition to it.

“The use of a deadly weapon in the commission of a crime makes them significantly more dangerous, more threatening to our community, and they warrant a punishment that ultimately doubles the sentence,” Kieckhefer said. “These are people who violated the social contract, right? These are people who have stepped far beyond the line of what we consider acceptable.”

Under the existing law, Hicks said, someone might be sentenced to 20 years to life in prison for murder but only have a weapons enhancement of 1-3 years of prison time because a gun was used in the crime. The measure — which reflects an older sentencing structure Nevada used in the 1990s and early 2000s — would raise such a sentence to 40 years to life.

The bill earned plaudits from Las Vegas police and prosecutors, who argued that people using weapons are “the worst of the worst” and that strong penalties were needed to stave off a rising number of crimes involving firearms.

“Our prisons should be reserved for the worst of the worst,” said Las Vegas police lobbyist Chuck Callaway. “And quite honestly, I can't think of any worst of the worst worse than those folks that are committing violent crimes, with a firearm, against the citizens of our communities.”

But it drew scorn from public defenders and a representative of the American Civil Liberties Union of Nevada, who said it would make Nevada the state with one of the most draconian weapons enhancement laws in the country.

“Nevada is already an outlier because its weapon enhancement is so harsh; we should not deviate even further in this direction,” wrote Jim Hoffman of the Nevada Attorneys for Criminal Justice. “The only effect will be to take away discretion from judges and to leave our prisons even more overcrowded, expensive, and inhumane. SB144 is a solution in search of a problem.”

Several attorneys noted that the bill isn’t limited to guns, the deadly weapons that bill supporters mentioned most — prosecutors have at times defined a deadly weapon as a pillow, a shoelace, a clothes hanger and even the ground. Lawyer Lisa Rasmussen testified that if the concern is guns, the bill was not the fix.

“We have a firearm problem, not a sentencing problem,” she said.

Some members of the Senate Judiciary Committee raised questions about how the measure fits in with a national movement to end mass incarceration and move away from the “tough on crime” policies that swelled prison populations.

“Why does the enhancement need to be equal to the sentence of the underlying crime?” asked Democratic Sen. Dallas Harris. “I don't know that I'm convinced that each and every time, it's twice as bad."

Democratic Sen. Melanie Scheible, who is a deputy district attorney, said her constituents seemed to be asking for different solutions than harsher penalties.

“I was elected by a group of people who are trying to move away from using the big heavy hammer in order to prevent crime and this feels and sounds to me like a step backwards,” she said. “Why it is that we're returning to this old-fashioned, law and order, stiffen the sentences, reduce crime policies that I don't think have been working?”

Democratic Sen. Nicole Cannizzaro, who chairs the committee and also works at the Clark County district attorney’s office — an agency that testified in support of the bill — said the measure reflected a conversation that the Nevada Sentencing Commission had in the interim about how to ensure more consistency in sentences.

Cannizzaro said she needed to talk to other members of the committee before she could say whether she would bring the bill up for a vote. She said she sees people who have a drug problem or mental illness as different than people who commit violent crimes.

“That is a very different circumstance and obviously I'm somebody who thinks that is where we should be focusing our punishment efforts,” she said.